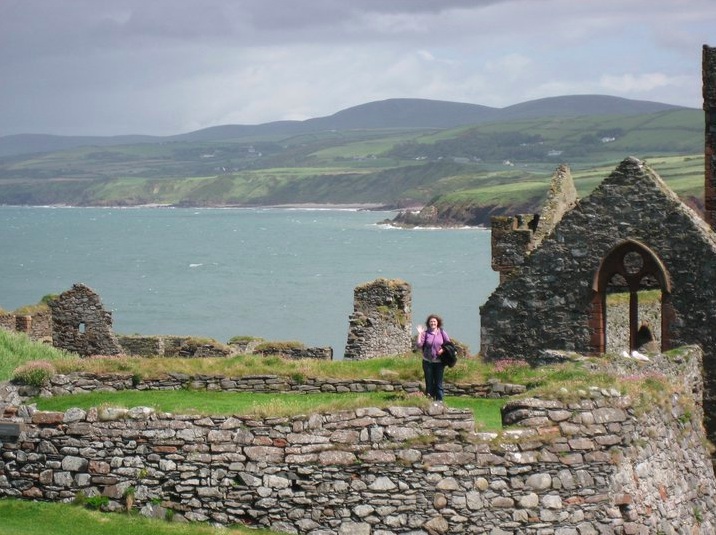 Ireland and the Isle of Man Globalization, Culture and the Politics of Identity in Celtic Europe

During the past several decades, the countries and regions of Celtic Europe have undergone significant political, economic and demographic change. The forces of globalization have transformed traditional societies into dynamic and post-industrial "Celtic Tigers", attracting investment and newcomers from all over the world. At the same time, Celtic Europe has taken steps to protect its unique and rich cultural heritage from the changes wrought by globalization. Indeed, finding balance between "preserving" the past and promoting the future lies at the heart of the cultural and political transformation of this complex and fascinating part of the world
This field school will explore cultural change, the place of heritage and the politics of identity in Ireland and the Isle of Man, two of the most dynamic and intriguing parts of Celtic Europe. Students will spend three weeks in the field, studying the cultural, historical and political forces that are shaping these two countries. Activities will include:
The field school will begin by spending several days in Dublin, the capital of the Republic of Ireland, including one or two trips outside of the city. The group will then either ferry or fly to the Isle of Man. We will use Douglas, the capital of the Isle of Man, as a base and take day trips to various parts of this small island. The costs of the field school will cover travel in Ireland and the Isle of Man, as well as some living costs and site admissions.
Students will be expected to complete a 1-week intensive course of study in Prince George prior to leaving for the field school. This course will prepare students for the field school by providing a general overview of the topics that will be covered and some basic training in research methods and interviewing techniques.
New information concerning the field school will be posted in this space.
Stay tuned!
Please contact Dr. Angèle Smith or Dr. Gary Wilson to learn more and to express your interest in this field school
Field School Course Descriptions
field_school_application_form.pdf

Anthropology in Our Backyards Speaker Series

Anthropology in Our Backyards explores our humanity, local and global questioning who we are as cultural and social beings.