Department of Ecosystem Science and Management 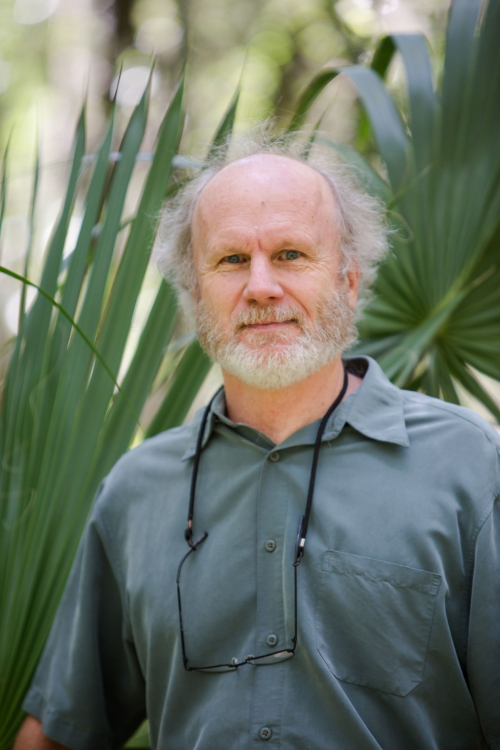 Francis E. “Jack” Putz, Distinguished Professor of Biology and Forestry, University of Florida
Jack’s focus on natural forest management in the tropics commenced in 1973-1976 at the Forest Research Institute of Malaysia. He then received his PhD from Cornell and was a NATO Post-Doc at Oxford before rising through the academic ranks at the University of Florida. He has published hundreds of scientific papers, essays, and books that, unfortunately, changed the fates of few tropical forests. Instead, his research contributed to the foundation for conservation industries [e.g., forest certification (e.g., FSC), payments for ecosystem services (PES), and forest-based carbon offsets (e.g., REDD+)] that employ thousands of experts and that operate with budgets that exceed those of many tropical countries. To avoid making the same mistakes, he now listens more and pays closer attention to economic realities, cultural proclivities, and governance failures. Meanwhile he works on the South American prequel to his steamy jungle novel, Borneo Dammed, published under the nom de plume of Juan Camilo Moro.

Failure of Research to Improve the Fates of Tropical Forests:
Plenty of Publications but Little Progress towards Improved Natural Forest Management

Unsustainable exploitation for timber continues to be a major cause of tropical forest degradation (e.g., biodiversity losses, carbon emissions, and hydrological disruptions). Unfortunately, despite hundreds of publications by dozens of scientists over several decades, the recommended improved natural forest management practices are seldom applied. In this talk, some of the reasons for this research-implementation gap will be explored and a more-informed way forward will be suggested. The reasons to be discussed include the failure of researchers to consider the  contexts in which improvements in management practices are likely, lack of recognition of the relevant agents (and tailoring solutions to their particular needs), and unwillingness to accept the often vast differences in value systems between researchers and potential implementers. Given the presenter’s experience with market-based approaches to improving tropical forest management (i.e., forest product certification and carbon offsets through reduced-impact logging), attention will be paid to the reasons why those interventions have failed. Finally, a case will be made for co-construction of detailed theories-of-change to avoid previous pitfalls and to inform future conservation interventions.

The Doug Little Memorial Lecture will be webcast via livestream.
The link for this webcast will be as follows: unbc.ca//livestream

The Doug Little Memorial Lecture Series was initiated by the Faculty of Natural Resources and Environmental Studies at the University of Northern British Columbia in the Fall of 1996.  The annual event commemorates the late J.D. Little, former Senior Vice-President Forest Operations, Northwood Pulp and Timber Limited.  Doug was a founding supporter of UNBC and a recipient in 1986 of the Distinguished Forester Award from the Association of British Columbia Professional Foresters.  Doug Little's philosophy was that with appropriate forest management, the resources of the forest can be sustained for future generations.

The lecture series is supported by an ​endowment form Northwood Pulp and Timber Limited now Canfor.

Archive of past Doug Little Lectures

2009:  Dr. Robert Kozak, University of BC
"The Conservationist’s Axe and Other Thoughts About Forests and Communities  in Transition”

2002: Larry Pedersen, Chief Forester, Ministry of Forestry, BC
“Bob Dylan was right – The times they are a changin!”

1999: Dr. Linda Coady, MacMillan Bloedel Ltd.
“What I saw of the revolution that you won’t find on anybody’s website”

1998:Dr. Jack Ward Thomas, University of Montana
“The worst of times, the best of times:  Forestry at the millennium”