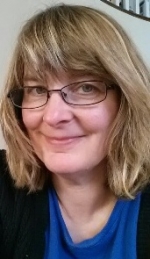 Dr. Karin Beeler completed her PhD and MA degrees in Comparative Literature at the University of Alberta and a BA(English Honours) at the University of British Columbia. Her research and teaching interests are television studies, film studies, (including women's experiences and films for children), Canadian literature and Comparative literary studies.  Her book publications include Seers, Witches and Psychics on Screen: An Analysis of Women Visionary Charac​ters in Recent Television and Film (2009), and Tattoos, Desire and Violence: Marks of Resistance in Literature, Film and Television (2006).  She has also co-edited Children's Film in the Digital Age as well as Investigating Charmed: The Magic Power of TV (with Stan Beeler).  As one of UNBC's founding faculty members, she has contributed to the development of the university as an administrator for various units and served on the boards of several community organizations. She has taught courses with a wide range of delivery methods including online/web courses, video conference and audio conference technology. Dr. Beeler has been President, Vice-President and Treasurer of the Canadian Comparative Literature Association. When not occupied with academic activities, she enjoys acting in community theatre and participating with her dogs at various dog events. 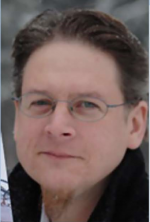 Dr. Rob Budde, a UNBC Professor of English, has published seven books (four poetry-Catch as Catch, traffick, Finding Ft. George, and declining america), two novels-Misshapen and The Dying Poem, and a book of short fiction-Flicker).  In 2002, Rob facilitated a collection of interviews (In Muddy Water: Conversations with 11 Poets). Rob teaches creative writing and Canadian Literature at UNBC in Prince George.  He has been a finalist for the John Hirsch Award for Most Promosing Manitoba Writer and the McNally-Robinson Manitoba Book of the Year.  In 1995 Budde completed a PhD in Creative Writing at the University of Calgary.  He is currently working on a science fiction/cyberpunk novel called The Overcode, a study of Devel's Club called Panax, and a book of poems about a character named "Poem" called Poem's Poems. 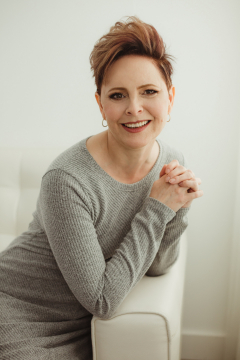 Professor Lisa Dickson Specializes in Renaissance Literature (especially Shakespeare and tragic drama), Literary Theory, and Teaching and Learning in Higher Education.  She is a 3M National Teaching Fellow and Founding Project Lead for the 3M NTF Mentoring Network. In her research, service and teaching, she explores the concepts of critical hope and empathy and seeks to build learning environments, both within her own classrooms
and in Higher Education as a whole, that awaken students to their own agency as learners. Her current project is a book about Shakespeare and Critical Hope, a collaborative endeavour with her fellow 3M Teaching Fellows, Shannon Murray (UPEI) and Jessica Riddell (Bishops U). She and her collaborators also produce a podcast, Wyrd Words: Conversations about Literature and Learning in Higher Education (available via all the usual podcatchers), and manage a website that includes the podcast, the Wyrd Words blog and resources on Early Modern Literature and Teaching and Learning, www.thewyrdhouse.com.

Dr. Kristen Guest's research interests are in nineteenth century theatre and Victorian popular culture.  "I have published on Victorian melodrama, cannibalism, and on popular authors such as Marie Corelli (the first Big bestseller in the modern sense of the term) and Isabella Beeton (the nineteenth-century Martha Stewart, minus the prison time). I am currently at work on a SSHRCC funded project focusing on Victorian detective fiction that I hope to publish as a scholarly monograph.  This project is exciting for me because it extends my interests popular culture and theatre.  It will also include a chapter on depictions of policing and detection in western Canada in popular fiction about the North West Mounted Police.  Since taking up residence in Prince George, my husband and I have also tried to explore northern BC as much as possible. 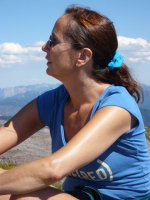 Professor Horne teaches creative writing and modern and contemporary literatures.  She has published books, book chapters, articles and poems.  Her latest book is Mary Oliver's Grass Roots Poetry in which she examines global warming and climate changes in the context of Mary Oliver's poetry. 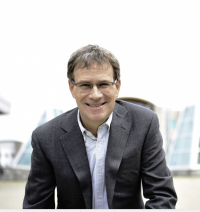 Professor Kevin Hutchings holds a UNBC appointment as University Research Chair. A past recipient of the UNBC Award for Excellence in Teaching, he teaches courses in British Romantic, environmental, postcolonial, and transatlantic literatures. Kevin has published six books, including Imagining Nature: Blake’s Environmental Poetics (2002), Birds of the Raincoast: Habits and Habitat (2004; winner of the British Columbia Book Prize), and Romantic Ecologies and Colonial Cultures in the British Atlantic World (2009). His latest title, Transatlantic Upper Canada: Portraits in Literature, Land, and British-Indigenous Relations, will be published by McGill-Queen’s University Press in 2020. Over the years, he has held two Canada Research Chair appointments and three major research grants from the Social Sciences and Humanities Research Council of Canada; and he has presented plenary and keynote talks at conferences in Canada, the United States, and the United Kingdom. In his spare time, Kevin writes, performs, and records music. His six indie music albums including Songs of William Blake (2007) and Truth to Power (2019). 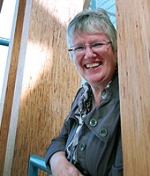 Dr. Blanca Schorcht holds a doctorate in Comparative Literature from UBC, and one of her particular interests lies in the interface between oral and written traditions, particularly in the context of popular culture: her book Storied Voices in Native American Texts explores some of these connections. Recently she has shifted her research focus to explore oral traditions in the context of an autoethnographic study that examines and compares some of the official narratives constructed around German post-World War II Identity with more unofficial, hidden, and oral narratives that continue to circulate within families and communities.

Dr. Monica Mattfeld is an Assistant Professor of English and History, and specializes in animal studies and the literature and history of eighteenth-century England.  She has published on early-modern horsemanship practices, theatrical animals, the early circus, and performances of gender.  Dr. Mattfeld is the author of Becoming Centaur: Eighteenth-Century Masculinity and English Horsemanship (2017), and co-editor of multiple animal-studies publications.  She is currently interest in the history of eighteenth- and nineteenth-century equestrian drama, circus Ephemera, the poetry of William Somerville and the development of the equine "breed" through history. 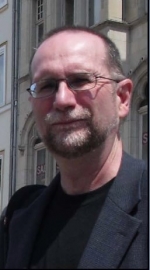 Dr. Stan Beeler completed his PhD in comparative literature from the University of Alberta, Canada and his MA and BA from Dalhousie University in Halifax, Canada.  He is interested in popular culture, film and television studies, and the application of technology to research and teaching in the humanities.  He has published on 17th century literature, popular culture, television studies and humanities computing.  He is a member of several professional societies including the Popular Culture Association/American Culture Association, Science Fiction Research Association, Emblem Studies Association and Canadian Association of chairs of English.  Dr. Beeler is the Past President of the Canadian Comparative Literature Association. 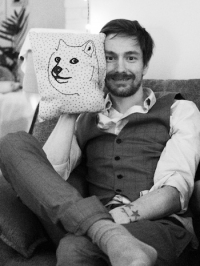