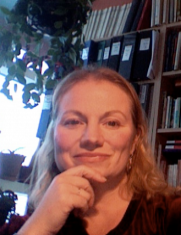 Dr Jacqueline Holler is an historian of early colonial Mexico who also teaches contemporary Latin American history and teaches and conducts research in the area of Gender Studies. She is author and co-author of books, chapters, and articles on colonial Latin American history and contemporary gender studies; her primary research interests lie at the juncture of gender, sexuality, emotion, health, and religion. Her current project on the history of multiethnic women’s healing networks in colonial Mexico is funded by the Social Sciences and Humanities Research Council (2020—2025). She has supervised graduate students in History, Gender Studies, Interdisciplinary Studies, and International Studies. Dr. Holler accepts graduate students working on Mexican or contemporary Latin American topics relating to her research interests, and will consider students working on gender, sexuality, violence against women, or women’s health in other regions of the world.

My research and teaching focus on Victorian literature and children's literature and I am happy to supervise projects and theses in either of these areas.  Within these fields I have a special interest in the relationship between gender, class, and occupation and in gender and material culture.  My recent graduate courses (ENGL 660 and 684) have considered topics such as "Materialism in Young Adult Fiction," "Victorian Imperial Gothic" and "Victorian Monsters."  My research, which focuses on Victorian popular fiction and drama, studies the classed and gendered identity of the Victorian detective, class and gender in Victorian melodrama, and the relationship between economic discourse and identity in Victorian culture.

Dr. Lisa Dickson is a Professor of English specializing in Renaissance Literature and Literary Theory.  Her Current research focuses on the relationship between beauty and violence in art and literature, with particular emphasis on the representation of violence in Renaissance Drama.  She is a 3M National Teaching Fellow and a recipient of the UNBC Excellence in Teaching Award (2007).  Much of her service to the university community is dedicated to promoting and supporting effective teaching and learning.  For example, she is a member of the Foundation Year Curriculum Program Committee at UNBC and, at the national level, serves on the 3M Fellowship Council Executive Committee.
Dana Wessell Lightfoot
Associate Professor, History 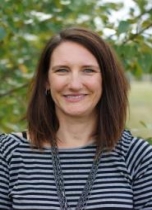 Dr. Lightfoot received her PhD from the University of Toronto in 2005. She has published articles in Viator, the Women's History Review and book collections including "The Power to Divide? Germania Marriage Contracts in Early Fifteenth-Century Valencia" in Across the Religious Divide: Women, Property and the Law in the Wider Mediterranean (ca. 1300-1800) (Routledge, 2010).

Her article "The Projects of Marriage: Spousal Choice, Dowries and Domestic Service in Early Fifteen-Century Vanencia" Viator 40.1 (2009) was named the 2009 article of the year by the Society for the Study of Early Modern Women. Dr. Lightfoot is currently revising her manuscript Negotiating Agency: Labouring-Status Wives and their Dowries in Early fifteenth-Century Valencia.