Donor generosity and decades of advocacy are coming together for the success of students of the new Master of Physical Therapy Program at UNBC. 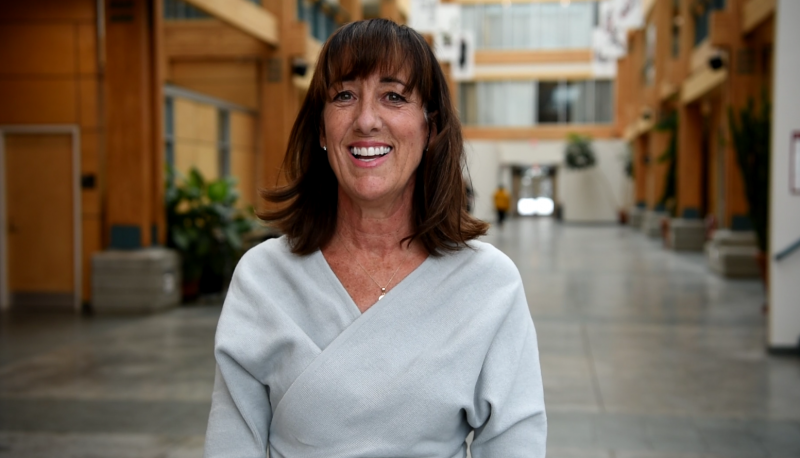 Lesley Schwab beams as she describes what it means to be a physical therapist, “It’s someone who loves life, they love helping people – and they want to show people how to love life.”

That passion for physical therapy has kept her in the fight for better access to specialized healthcare in northern B.C. for 30 years.

“You really want to tell people not to give up because we could have so many times,” she says looking back on the many setbacks on the road to a big milestone last year.

Schwab was overjoyed by the May 24th announcement of two new cohorts of physical and occupational therapy students at UNBC, but she says she can’t take credit for the incredible news of the UNBC-UBC partnership.

“There’s a whole group who has been working relentlessly for 30 years or more and this has been their dream and vision,” she says. “I was happy to help out along the way.”

Over the last three decades she has been part of a group of physical therapists fighting to improve a long-standing shortage of specialists in their field. 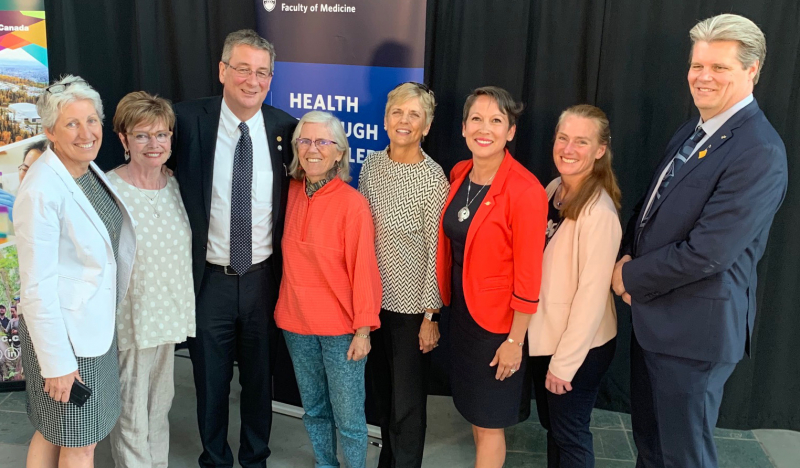 Advocates for a physical therapy program in the North, Terry Fedorkiw, Hilary Crowley, Elizabeth MacRitchie and Johanna Jenkins (not pictured above) were overjoyed by the announcement that decades of advocacy had come to fruition.

“It’s their strength and character that has made this come to fruition,” says Schwab.

The group of advocates has run a data-driven, relentless campaign for the education of more students in the North to become physical therapists.

Currently, more than 94 per cent of B.C.’s physical therapists are employed in urban areas, while less than 6 per cent work in rural or remote areas of the province.

The Master of Physical Therapy North Program at UNBC, will use a similar practice as the Northern Medical Program, which screens students for rural suitability to increase the likelihood that they will seek a career in the communities where they are most needed.

When four of Schwab’s fellow advocates Hilary Crowley, Terry Fedorkiw, Elizabeth MacRitchie and Johanna Jenkins told her about their brainchild, the Northern Physiotherapy Bursary, Schwab jumped at the chance to make a significant donation to help create the endowed award.

“I was so happy when I heard about the bursary and that I was able to help,” she says.

Her fellow long-time advocates and physical therapists fundraised the matching funds from the local healthcare community.

They created an endowed award that will ease the financial burden of one physiotherapy student at UNBC each year. $1,000 a year will be awarded in perpetuity.

“Everything hinges on ‘study North, stay North,’” says Fedorkiw who, like the others, has been advocating for decades for a program like the one beginning at UNBC this year. 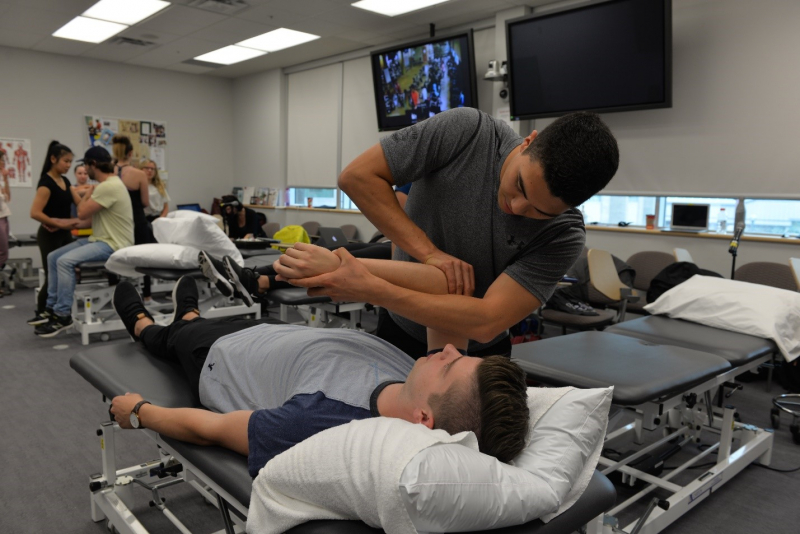 Students in the Master of Physical Therapy North Program at UNBC are more likely to choose a career in the North once their education is completed.

MacRitchie hopes it will go a long way in addressing a longstanding need.

“There is a standard of care that is not being met in the North for people to reach their full potential,” she says.

Crowley and Jenkins also have high hopes for equitable access to healthcare across all of B.C. and that means lifting the North out of its shortage of physical therapists.

A growing need in northern B.C.

Each advocate says the need for physical therapists in the North has been apparent since first arriving to the region – and the need is increasing.

“We have an aging population in northern B.C. and physiotherapists keep people independent longer,” says Schwab. “It’s not just about rehabilitation, it’s about staying healthy.”

Physical therapists are not only an important component of rehabilitation after having a stroke or being injured in an accident, they are also critical for children who have disabilities or people who live in any kind of physical pain at any stage of life from infancy to old age.

You can make a difference

Much more help is needed to ensure northern British Columbians have adequate access to physical and occupational therapy.

“I think the critical part of the Physical Therapy and Occupational Therapy coming to the North is that we need support from the community,” says Jenkins.

The introduction of 20 new students of physical therapy this year is a good start, but these students will need specialized equipment and additional scholarships and bursaries to support their education.

This is a critical moment to have an impact on the future of physical therapy in the North.

The University of Northern British Columbia is a registered Canadian charity.

Charitable receipts are issued for all donations of $10 or more. Donor names are not exchanged with other organizations.