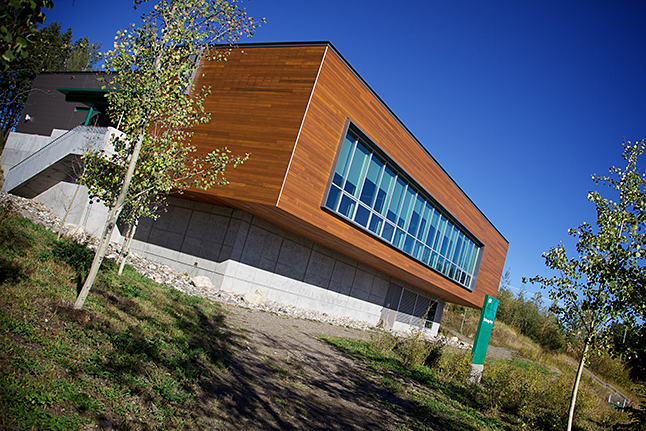 Following the success of the Pellet System, Phase 2 of the UNBC Energy Initiative saw the expansion of bioenergy at UNBC with start-up of the Bioenergy Plant on the Prince George campus in May 2011.

The Bioenergy Plant, the flagship component of the UNBC Energy Initiative, is a biomass gasification system designed by Vancouver-based Nexterra Systems Corp. The Bioenergy Plant uses gasification to convert sawmill residue into useable heat in the form of hot water. The hot water is distributed through our existing hot water district heating system and has offset roughly 85% of the fossil fuels previously used to heat the core campus buildings. This reduction has helped UNBC work towards its energy policy goals of reducing the fossil fuel consumption for space heating of all UNBC campuses by 80% by 2015. 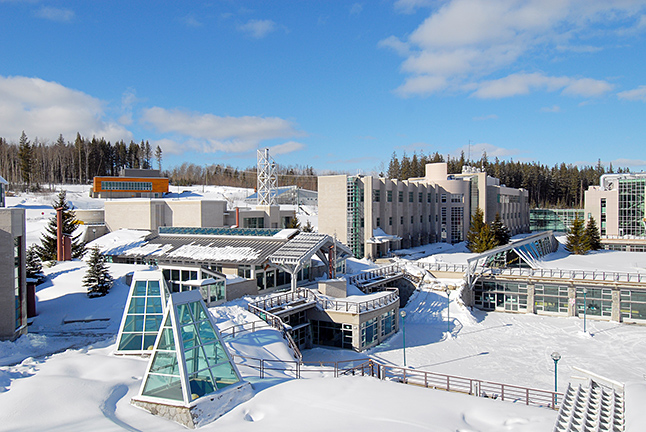 The fuel for the Bioenergy Plant is a sawmill residue from lumber production, called hog fuel, and consists of bark, shavings, chips and sawdust. Our hog fuel is supplied by Lakeland Mills in Prince George, and the trees are locally harvested within a 70km radius of Prince George. The Bioenergy Plant consumes roughly 6,000 green tonnes per year of hog fuel. 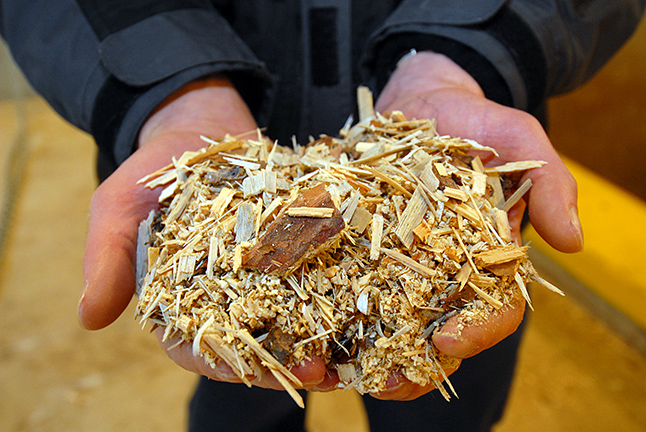 Third-party testing of the Bioenergy Plant has demonstrated that the facility has among the lowest emissions of any bioenergy plant in North America, producing particulate emissions 18 times lower than typical bioenergy systems, and half as much as natural gas systems. 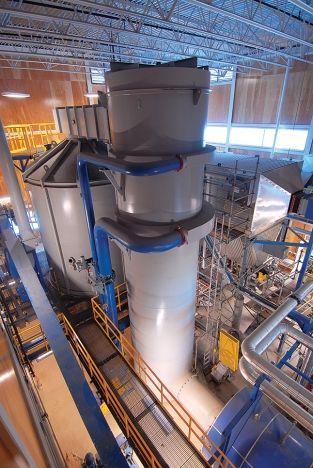 Interior of the Bioenergy Plant

UNBC’s bioenergy projects are also creating an array of educational and interdisciplinary research opportunities that are of great value to forest-based communities across Canada. UNBC's ability to integrate our teaching, research, and operational activities in the use of bioenergy recently resulted in being honoured with the top campus sustainability award in North America. 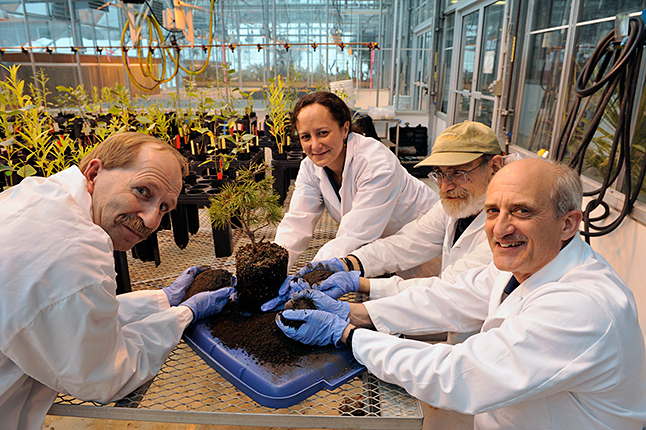 Recent research from the University of Northern British Columbia suggests that waste from municipalities and bioenergy plants can be combined to make an ideal fertilizer and help reduce the amount of material added to landfills. The study provides the first insights into the use of wood ash and biosolids as soil amendments for nurseries, forests, and mines in a northern boreal climate.

The Bioenergy Plant was funded by the following partners:

The Building was Designed with Sustainability in Mind

The Bioenergy Plant has won numerous awards over its construction and three years of operations, including: