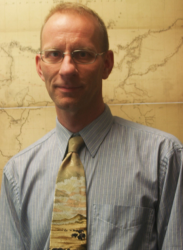 Research Interests:
Canadian and US Aboriginal and Environmental History
History of Indian Policy
History of Science

Dr. Binnema entered the historical profession after teaching high school English and social studies for several years. He has been teaching at UNBC since 2000, where he now teaches in the fields of Canadian and United States history, aboriginal history, and environmental history.

He has written several books that examine various aspects of environmental history, aboriginal history, and the history of science.Common and Contested Ground (2001) examines the human and environmental history of the northwestern plains of North America from AD 200 to 1806. With Gerhard Ens of the University of Alberta, he published The Hudson’s Bay Company Edmonton House Journals, Correspondence, and Reports: 1806-1821 (2012). That book consists of primary documents and a long essay offering a new interpretation of the history of the northern plains and Athabasca region between 1806 and 1821. “Enlightened Zeal”: The Hudson’s Bay Company and Scientific Networks, 1670 to 1870” (2013), is the first book to examine the relationship between science and a major chartered monopoly over its entire lifetime. Dr. Binnema also co-edited two collections of original articles, New Histories for Old: Changing Perspectives on Canada's Native Pasts (2007) and From Rupert's Land to Canada (2001). He has also published many scholarly articles including articles in Environmental History, The Canadian Historical Review, Journal of the Early Republic, Western Historical Quarterly, and The Journal of Canadian Studies.

Dr. Binnema’s graduate students have explored a wide range of topics in the aboriginal and environmental history of Canada and the United States. 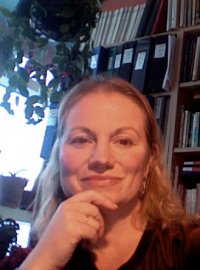 Dr. Holler is a specialist in colonial Latin America and women’s/gender history who joined UNBC in 2003. She is the author of Escogidas Plantas: Nuns and Beatas in Mexico City, 1530-1601 (Columbia University Press, 2003/205). She is also author of articles and book chapters on early colonial Mexico; co-author, with Peter Bakewell, of the third edition of his History of Latin America (Blackwell, 2009); and co-author of the forthcoming Gendered Society: Canadian Edition (Oxford, 2010). Her current research projects include a SSHRC-funded book-length study of the Cortes Conspiracy of 1566 and a project on women's bodies, health, emotion, and sexuality in early colonial New Spain.

A past winner (2005) of UNBC's teaching award, Dr. Holler teaches fourth-year seminars on childbirth and women's bodies and the history of masculinity; History 190 (The West and the World to 1660); and courses on the history of Latin America. She also teaches an introduction to gender studies (WMST 103) in the Women's Studies Program, of which she is coordinator. 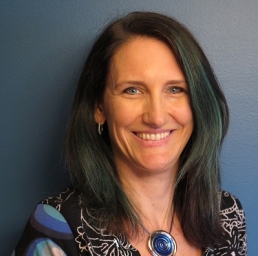 Dr. Wessell Lightfoot received her PhD from the University of Toronto in 2005. Her research focuses on the lives of women often seen as “powerless” in late medieval Europe—lower status women, Jewish women and converted Jewish women—and how they navigated marriage, property, family alliances and religion in 14th and 15th century Spain. Her book, Women, Dowries, and Agency: Marriage in Fifteenth-Century Valencia was published by Manchester University Press in 2013. Currently, she is working on a collaborative project with Alexandra Guerson (University of Toronto) entitled “Negotiating Conversion: Jewish Women, Conversas, and Migration in Late Medieval Catalonia”. This project is funded by a SSHRC Insight Grant.

Dr. Wessell Lightfoot has published articles in Viator, the Women’s History Review, and book collections including "The Power to Divide? Germania Marriage Contracts in Early Fifteenth-Century Valencia" in Across the Religious Divide: Women, Property and the Law in the Wider Mediterranean (ca. 1300-1800) (Routledge, 2010). Her article "The Projects of Marriage: Spousal Choice, Dowries and Domestic Service in Early Fifteen-Century Valencia" Viator 40.1 (2009) was named the 2009 article of the year by the Society for the Study of Early Modern Women.

In September 2014, Dr. Wessell Lightfoot was named as a Fellow in the Royal Society of Canada’s College of New Scholars, Artists, and Scientists. 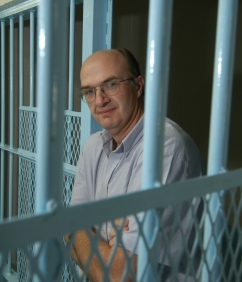 Research Interests:
Canadian legal and crime history with an emphasis
on the 19th and 20th centuries

Dr. Jonathan Swainger joined UNBC in September 1992 and has lived and taught in Terrace, Fort St. John and Prince George. He was History Department Chair from 2004 to 2009 and his teaching includes Canadian, legal, crime, and historiography. His research centers on legal and crime history in which he has published numerous articles on topics including capital punishment, the politics of judicial appointments, seditious language and free speech during the First World War, crime and community identity, and teen culture  in northern British Columbia during the 1950s. His books and edited collections include The Canadian Department of Justice and the Completion of Confederation (2000), The Alberta Supreme Court at 100: History and Authority (2007), Laws and Societies in the Prairie West, 1670-1940 (2005) with Louis A. Knafla, and People and Place: Historical Influences on Legal Culture (2003) with Constance Backhouse. 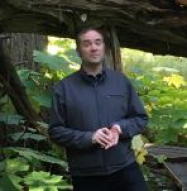 Dr. Bradley is a cultural and environmental historian of Canada whose work focuses on the west and on British Columbia in particular. His research examines how non-urban communities and landscapes were unevenly affected by changing patterns of mass consumption, travel, and resource use during the twentieth century. His award-winning book British Columbia by the Road: Car Culture and the Making of a Modern Landscape (2017) shows how modern highways, mass automobile ownership, and the emergence of a roadside service industry transformed popular perceptions of BC’s history and environments. He has also edited scholarly collections and journal issues about parks, tourism, mobility, food, and the public past.

Dr. Bradley is currently working on two books. One is about mobility and rural modernity, examining how rivers, railways, roads, and roadlessness shaped rhythms of everyday life in BC’s Robson Valley and Yellowhead Pass regions. The other, tentatively titled Fruit Stand Ahead, is an agricultural-architectural history of roadside fruit stands in the southern Interior. These colourful, seemingly straightforward artifacts of agraria are shown to have had a complex political economy and controversial reputations. Bradley’s newest research is on “rowdyism” in provincial and national parks in the period 1965-1985, bringing environmental history into greater conversation with the histories of youth and popular culture. 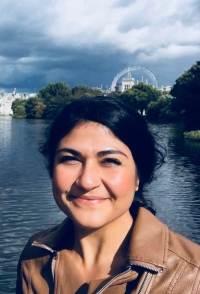 I am a cultural and social historian of the modern Middle East. My publications have dealt with medicine, science and technology as well as broader questions on education, professionalization and colonialism, and the politics of archives and archiving. I received my Ph.D. from York University (2019) for writing a dissertation on medical education and health in modern Iraq. Since then, I taught at various universities in Canada and the Middle East.

I teach a variety of courses on modern world history. These offering carry a wide range of themes including colonialism, nationalism, medicine and health, crime and criminality, intellectual history, among others.

Dr. Charles Jago, Professor
VA (Western Ontario), PhD (Cambridge)
Dr. Jago has retired from UNBC and remains Professor Emeritus
The Department of History thanks you for your years of service and wishes you well 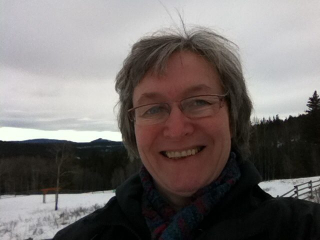 Maureen Atkinson graduated from UNBC with a history degree in 2002 and went on to complete a MA through Athabasca University and later a PhD through the University of Waterloo (2018).  Dr. Atkinson is provincial and regional historian interested in aspects of public history, history of the environment, communications, gender and Indigenous history. She has presented at international conference in Sweden, and US, but her current research interests are much closer to home investigating the Georgetown sawmill and community on the northwest BC coast.  Dr. Atkinson has taught for several years at the UNBC Regional campus in Terrace, but now teaches sessional courses for Thompson Rivers University in Williams Lake.  She is also a current faculty member of the TRU Open Learning.