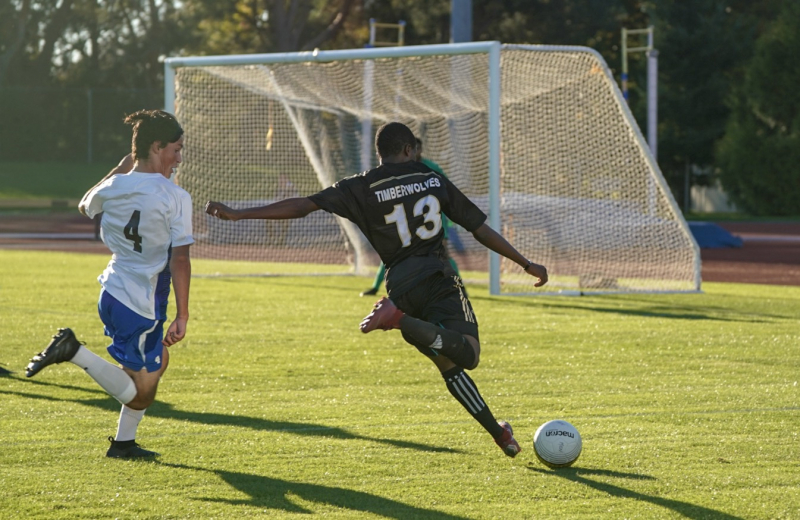 Coming into Thursday's matchup with the Victoria Vikes, the UNBC Timberwolves were riding the longest win streak in the program's Canada West history. They had topped the Saskatchewan Huskies, Lethbridge Pronghorns, and Calgary Dinos by identical 1-0 scores, with goalkeeper Rob Goodey earning the clean sheet in the trio of matchups.

But, three wasn't enough, as the TWolves showcased their tenacity against the Vikes, coming from behind with two second-half goals to stun the Victoria program, and extend the winning streak.

After Vikes freshman Matteo Ventura opened the scoring just six minutes into the contest, chances were hard to come by for either team. Goodey, along with Vikes keeper Jas Lally, did enough to keep the score the way it was for much of the match.

In the 69th minute, the TWolves got the break they were looking for. Prince George freshman Anthony Preston sprung his fellow Duchess Park grad Owen Stewart, and the third-year made no mistake beating Lally for his second of the season, knotting the game at 1-1.

UNBC's energy level increased from their on, putting the Vikes on their heels and often trapped in their defensive third. In the 84th minute, that pressure paid off.

French speedster Pierre Barrafranca, who has been excellent all season at utilizing his quickness to create chances for teammates, decided it was a ideal time to score his first as a TWolf. The third-year stepped into the top of the box and blasted one by Lally, who had no chance on the great shot.

From there, Steve Simonson's squad ran down the clock to perfection, winning balls and maintaining possession until the final whistle.

The victory improved the Timberwolves record to 4-1-2, while the Vikes dropeed to 3-4-3.