Carrier Sekani Family Services Chief Executive Officer Warner Adam has spent his career advocating for Indigenous children and families. He has collaborated with UNBC researchers on studies related to health disparities between Indigenous and non-Indigenous people as well as reshaping the politics of health care. Now he's set to receive an honorary degree from UNBC on Oct. 21. 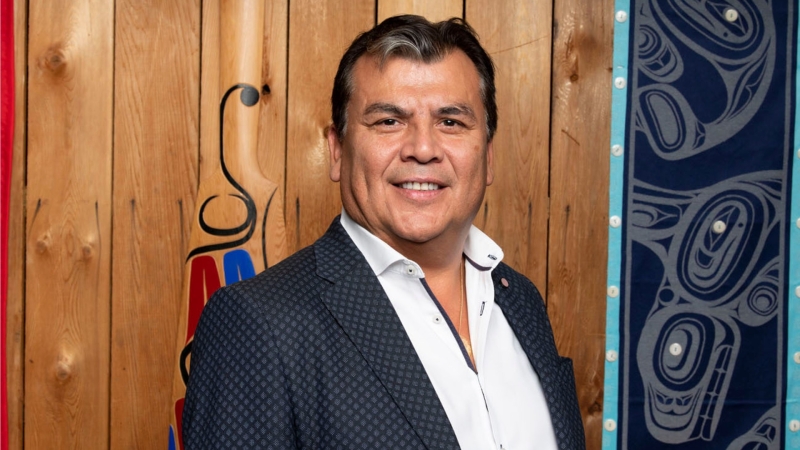 Prince George, B.C. – Warner Adam, a tireless advocate for Indigenous children and families, is set to receive an honorary Doctor of Laws degree from the University of Northern British Columbia during a special ceremony at the Prince George campus on Oct. 21.

“I am deeply grateful to be selected for this honorary degree and must acknowledge that I owe this privilege to all the Elders that guided me in setting the stage to re-build our Nations and communities. This work can be challenging but our collective efforts have created space for cultural understanding and shared knowledge,” Adam says. “These ways, reinterpreting modern innovations while being informed by the wisdoms and learned practices of Elders, outline the best way in forging ahead with reconciliation and improving the lives of our people and all of society.”

“I would also like to acknowledge the good and important work in highlighting Indigenous excellence that the scholars, academics, and leaders at UNBC are dedicated to supporting,” Adam says. “In addition to a commitment to reconciliation, UNBC has also positioned itself as an institution that welcomes Indigenous students, supports their individual needs and celebrates their achievements.”

Adam is an executive producer, along with 2012 UNBC honorary degree recipient Dr. Cindy Blackstock, of the 2021 film For Love. It documents the atrocities committed by the Canadian child welfare system against Indigenous children and families, what is happening now, and how Indigenous communities are reclaiming jurisdictional control of child welfare services.

In addition to his work at Carrier Sekani Family Services, Adam is the founding president of the BC Aboriginal Child Care Society, has served as the deputy chair for the First Nations Health Council for two terms and has served on numerous community boards as well as federal, provincial and First Nations committees. He has also served on the Carrier Sekani Tribal Council executive board, the Lake Babine Nation Council and at treaty tables.