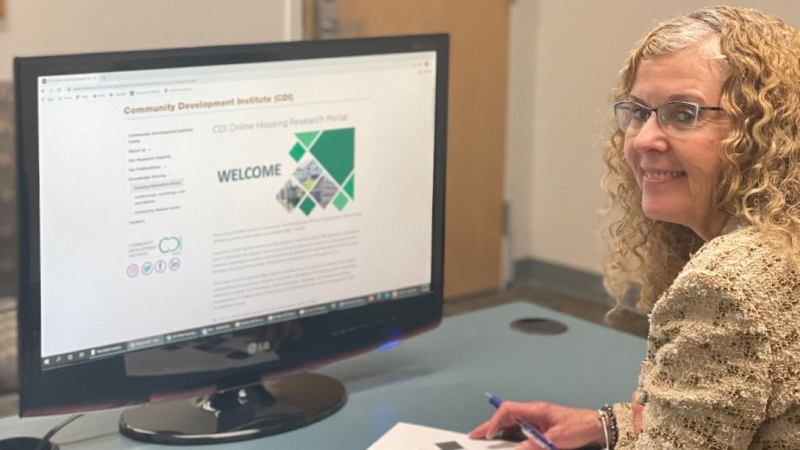 A new online housing information portal has launched today that provides access to population and housing data for 39 non-metropolitan communities in British Columbia.

Launched by the Community Development Institute (CDI) at the University of Northern British Columbia, the website includes a detailed data report along with webinar recordings that highlight the data by region: Northeast, Northwest, Central, East Kootenays, West Kootenays, Okanagan, and Vancouver Island.

This portal is the result of a two-year study, funded by BC Housing and conducted by the CDI.

“The data will be of significant interest to local government, planners, developers, builders, and the provincial government,” said CDI Co-Director Marleen Morris, who led the study for the CDI. “We highlight the strong links between housing and economic development potential in non-metropolitan B.C. We need to focus on housing if we want to realize non-metropolitan B.C.’s economic potential.”

Also included on the research portal is the CDI’s report on 26 non-metropolitan communities across Canada.

In non-metropolitan B.C., the state of housing has become a key constraint on economic and community development. This study points to a number of emerging issues and challenges, looks at the implications of these, and concludes with a call to action on housing issues in non-metropolitan areas in B.C.

Non-metropolitan B.C. is defined as communities with a population under 100,000.

Highlights from the data

Morris and her team found that across the sample communities, the housing stock is out of step with population trends. In the population, there has been an increase in one- and two-person households, due to more empty nesters and young people delaying having children. There has been a decrease in four- and more person households. In the housing stock, there is an undersupply of one- and two-bedroom units and an oversupply of four- and more bedroom units. Seniors looking to downsize and young people looking for a small starter home have trouble finding what they need or want.

Housing stock in many of the sample communities is old, with 57 per cent built before 1981. Furthermore, these homes are not energy efficient and many are in need of major repair. High heating bills and the need for major repairs are having an impact on housing affordability.

Tenants in non-metropolitan B.C. are also living in more vulnerable conditions than tenants in Vancouver. The study found that in 80 per cent of sample communities, the rental housing stock is in worse condition than in Vancouver.

Morris says communities need adequate, affordable rental housing in order to attract young workers, such as teachers, nurses, physicians, and those in the service, retail, and tourism sectors. These young workers are essential to the community and the economy and may not yet have the money to purchase a home. The CDI recently completed a province-wide webinar series to share these research findings. More than 700 people participated in a total of 19 webinars.