The National Collaborating Centre for Indigenous Health (NCCIH), housed at UNBC, has contributed to a major national report regarding current and projected risks from climate change to the health of Canadians. 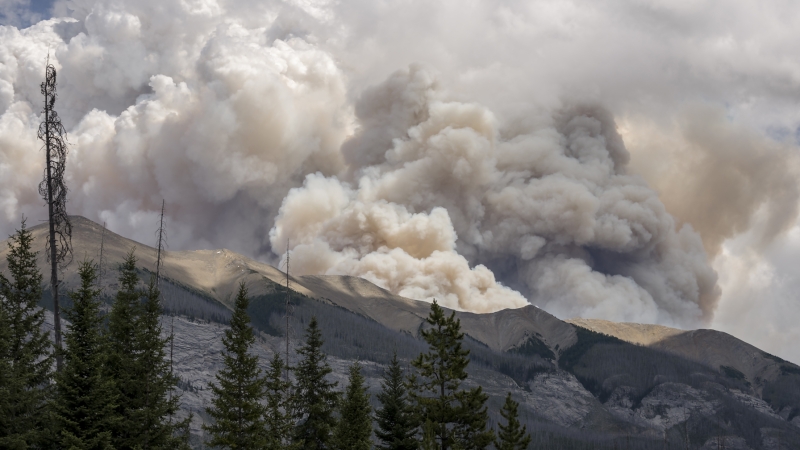 Over the past year alone, Indigenous communities across Canada have been severely affected by drought, wildfires, floods and temperature extremes related to climate change. First Nations, Inuit, and Métis peoples are uniquely sensitive to the impacts of climate change, given their close relationships to land, waters, animals, plants and natural resources. Indigenous knowledge systems and practices continue to be critical to Indigenous Peoples’ survival and resilience.

The federal government today released the report Health of Canadians in a Changing Climate: Advancing our Knowledge for Action. This is the first comprehensive study since 2008 of current and projected risks from climate change to the health of Canadians. The National Collaborating Centre for Indigenous Health, housed at UNBC, contributed Chapter 2: ‘Climate Change and Indigenous Peoples’ Health in Canada.’

Dr. Margo Greenwood, Academic Leader for NCCIH, emphasizes her team’s findings that “The health impacts of climate change on First Nations, Inuit, and Métis peoples are interconnected and far-reaching. Climate change highlights and adds to existing inequities. In this time of climate crisis, we must change our relationships so that we are not destroying the earth and all its ecosystems. We know that what we do to the land, we do to ourselves.”

NCCIH Manager Donna Atkinson notes, “Our chapter is based on literature we could compile that is changing as fast as the climate is changing. We see profound knowledge gaps that need to be addressed. Listening and learning from what people are doing on the ground in their communities is key.”

She adds, “Indigenous Peoples have been observing and adapting to changing environments since time immemorial. However, with mounting hazards such as major fires and floods, we are seeing that evacuation and dislocation have profound impacts on Indigenous Peoples—amplifying the ongoing displacement of colonization. We have to learn to do things better.”

Indigenous knowledge systems are increasingly recognized, both nationally and internationally, as critical in adapting to climate change, monitoring impacts at the local and regional levels, and informing climate change policy and research. Yet, as NCCIH Research Associate Roberta Stout observes: “Climate change is disrupting First Nations, Inuit and Métis peoples’ ability to be on the land. This results in fewer opportunities to pass on important knowledge, skills and practices to younger generations.”

As this chapter emphasizes, First Nations, Inuit, and Métis peoples are rights holders. It’s also important to understand that health impacts are experienced differently within and between First Nations, Inuit, and Métis men, women, boys, girls, and gender-diverse people. Preparing for the health impacts of climate change requires that Indigenous Peoples’ rights and responsibilities over their lands, natural resources, and ways of life are respected, protected, and advanced through distinctions-based Indigenous-led climate change adaptations, policies and research.

The National Collaborating Centre for Indigenous Health (NCCIH) is a national Indigenous organization established in 2005 by the Government of Canada and funded through the Public Health Agency of Canada to support First Nations, Inuit, and Métis public health renewal and health equity through knowledge translation and exchange. The University of Northern British Columbia in Prince George, BC, hosts the NCCIH.