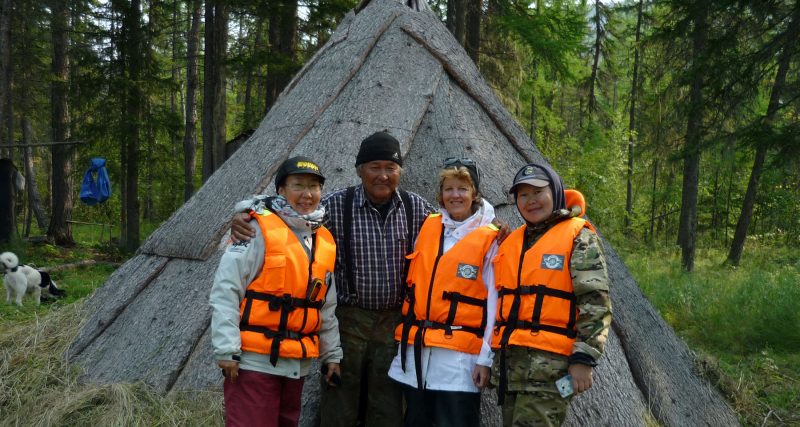 Dr. Fondahl has just received a federal Social Sciences and Humanities Research Council Insight Grant worth $273,880 over four years to update and expand on her earlier research.

“We intend our research to be of use to indigenous leaders and decision-makers and to community makers who may experience similar experiences in engaging with the law and would benefit from sharing and learning from each other’s understandings and practices,” said Dr. Fondahl.
“This research will make an important contribution to the academic literature on indigenous rights and territorialites, about an area not extensively covered, especially outside of Russian-language literature.”

With Fondahl as the principal investigator, the SSHRC team involves researchers from Northeast Federal University (Russian Federation), University of Lapland (Finland), Vilnius University (Lithuania) and the Institute for Humanities Research and Indigenous Studies of the North (Russian Federation). At least two graduate students will be recruited to UNBC on this project.

A Norwegian colleague from the University of Tromsø (with which UNBC has an exchange agreement), has received an additional 4 million Norwegian kroner (approx. CAD$617,000) from the Norwegian Research Council for this project, with an expanded examination of governance. The interdisciplinary team involves geographers, anthropologists, a legal studies expert, and international relations scholars.

The research will involve four field seasons in small indigenous communities in Siberia, interviews in Moscow and Yakutsk with law makers and indigenous organizations, and presentations of findings at major Arctic conferences over the next few years, as well as preparation of academic articles, policy briefs and reporting back to communities.

With the fall of the Soviet Union and the establishment of the Russian Federation, a suite of legal acts (laws, decrees and orders) guiding indigenous rights to lands and resources has been adopted, at both the federal and sub-federal (regional) level.

The laws have authorized land to be transferred to indigenous communes, allocated land use rights ‘in perpetuity and without rent’, established the possibility (in theory) for large tracts to be set aside from industrial encroachment, and required the consideration of cultural impacts as well as environmental ones in reviewing proposals for new resource extraction projects.

The highest point of that legislative protection of indigenous rights to land occurred around the turn of the millennium – some rights have since been eroded. Indigenous leaders continually lobby for better legal protection, through new laws, revisions to existing legislation or enforcement of laws.

This research is directly funded by SSHRC. The Research Support Fund, a tri-agency initiative of the Social Sciences and Humanities Research Council (SSHRC), the Natural Sciences and Engineering Research Council (NSERC) and the Canadian Institutes of Health Research (CIHR), assists Canadian post-secondary institutions and their affiliated research hospitals and institutes with the expenses associated with managing the research funded by these three federal research granting agencies.

Above, Dr. Gail Fondahl (second from right) is collaborating with an international team of researchers for her study in small indigenous communities in Siberia.