The University of Northern British Columbia Board of Governors has appointed Dr. Geoffrey Payne as the institution's new President and Vice Chancellor. 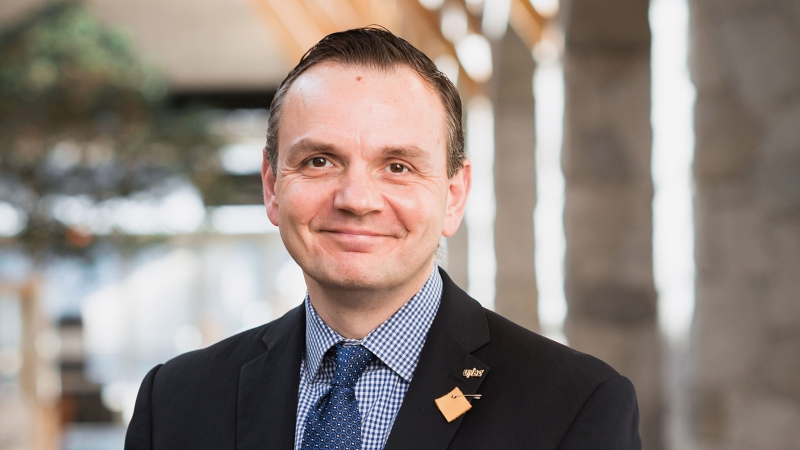 A founding faculty member with the UBC Northern Medical Program at UNBC, Dr. Geoffrey Payne joined the university in 2004.

“I very much look forward to listening and learning from our students, faculty and staff and building upon the founding community’s vision for a University in the North,” said Dr. Payne. “In an ever-changing higher education landscape, UNBC is well-placed as one of the premier small research-intensive Universities that is globally impactful. Together we can ensure a student-centred experience that fosters a path to their destination. I am honoured and humbled to be UNBC’s next President as we embark on the next chapter of this outstanding institution.”

Dr. Payne was named UNBC’s interim President in February 2020 and deftly led the University throughout the COVID-19 pandemic. He also attended to several pressing matters, including engaging the University community on the critical topics of justice, equity, diversity and inclusion, addressing mounting budget pressures, and helping ratify a collective agreement with the UNBC Faculty Association. Due to these successes, the Board of Governors extended his interim appointment in October 2020. His new contract, effective April 4, 2022, runs until June 27, 2025.

The Board convened a diverse President Search Committee in November, made up of students, faculty, staff, alumni, and Board members from across UNBC. The committee hosted more than 10 community engagement events to guide its recommendation to the Board of Governors.

“Geoff has a passion for education, a commitment to the North and its peoples, is a champion for our students, and a collaborative leader on all fronts,” said UNBC Board Chair Catherine Wishart. “The Board is grateful to Geoff, as throughout the past two-plus years, his steady hand has ensured UNBC made it through the pandemic safely while re-establishing trust, improving our financial situation, and growing the University through new programs.”

A founding faculty member at UBC’s Northern Medical Program (NMP) at UNBC, Dr. Payne came to UNBC in 2004 to teach physiology following a post-doctoral fellowship at Yale University in the Department of Cellular and Molecular Physiology and John B. Pierce Laboratory. He holds a PhD from Memorial University in the field of cardiovascular and renal physiology. He earned his Bachelor of Science in behavioural neuroscience and his Master of Science in neuroscience and pharmacology from Memorial University.

During his time at UNBC, Dr. Payne has served in a number of leadership roles including Vice-President of Research, the inaugural Assistant Dean for Education and Research with the NMP, and as the founding Director of UNBC’s Health Research Institute. He maintains an active biomedical research program with interests in vascular physiology and inflammation, with more than 40 publications to his credit.

In his spare time, Dr. Payne is an active trail runner, completing a number of ultramarathons and three Ironman triathlons.