Northern Medical Program Professor Dr. Nadine Caron is being appointed to the Order of British Columbia, a special honour which recognizes B.C. citizens who have excelled in their field of expertise to benefit all provincial residents. 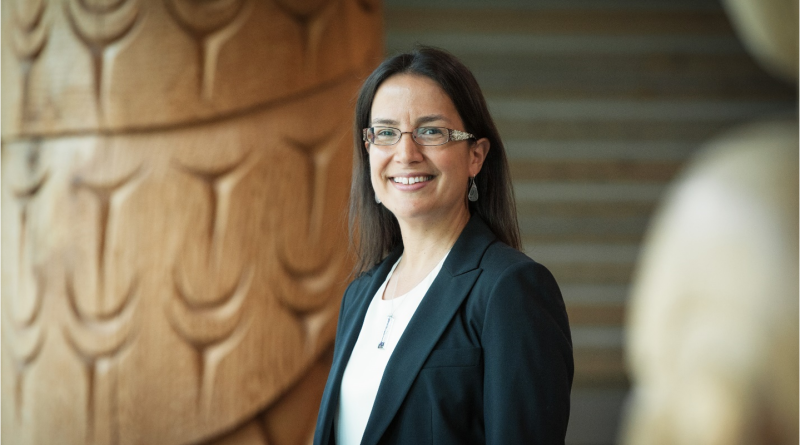 Dr. Nadine Caron is a professor with the Northern Medical Program, a distributed site of UBC’s Faculty of Medicine MD Undergraduate Program delivered in partnership with UNBC.

UNBC faculty member and UBC Northern Medical Program professor Dr. Nadine Caron is being recognized with an appointment to the Order of British Columbia. The award is British Columbia’s highest form of recognition.

Dr. Caron is one of only 14 individuals from across B.C., and the only person from the north, to become a member of the Order in 2022. More than 190 British Columbians were nominated for the award this year.

The Order was created in 1989 to recognize B.C. citizens who have served with distinction and excelled in their field of expertise to benefit all British Columbians.

“The appointment of Dr. Caron to the Order of British Columbia is a testament to her tireless commitment to improving Indigenous health equity across our province and country,” said UNBC President Dr. Geoff Payne. “From student mentorship to groundbreaking research to ensuring Indigenous voices and perspectives on health care are acknowledged and heard, Dr. Caron has dedicated her career to helping foster important and critical changes to northern, rural and Indigenous health service delivery.”

Dr. Caron was the first Indigenous woman to graduate with a medical undergraduate degree from UBC and is also the first female First Nations general surgeon in Canada. She joined the UBC Northern Medical Program in 2005.

In 2016, Dr. Caron led the launch of the Northern Biobank Initiative Phase 2 initiative in northern B.C., the first biobank project of its kind in the province. The project aims to improve access for the province’s northern population to participate in, and reap the benefits of, clinical and genomic research focused on community-specific research questions that can impact disease prevention, diagnosis, and treatment.

She was appointed as the inaugural First Nations Health Authority Chair in Cancer and Wellness at UBC in 2020, a position focused on improving cancer outcomes and wellness among Indigenous peoples.

Dr. Caron is also the co-creator, and current co-director, of UBC’s Centre for Excellence in Indigenous Health; the Special Advisor on Indigenous Health to the Dean, Faculty of Medicine and Vice-President, Health at UBC; a senior scientist with the Michael Smith Genome Sciences Centre at BC Cancer; and a general and endocrine surgeon at the University Hospital of Northern BC in Prince George. She is also an associate faculty member in the Johns Hopkins University’s Bloomberg School of Public Health.

“On behalf of the people of British Columbia, I want to thank this year’s recipients of the Order of B.C. for their remarkable contributions,” said Premier John Horgan in a government news release. “Your hard work, dedication and leadership are examples for us all. You have helped create a better British Columbia and for that we are grateful.”

An investiture ceremony for the 2022 recipients has been tentatively scheduled to be held this fall in Victoria at Government House.