Monte Cassino, the first house of the Benedictine Order of Catholic priests, has been destroyed and rebuilt many times over the centuries. Dean of the Faculty of Indigenous Studies, Social Sciences and Humanities Dr. Kriston Rennie traces that tumultuous history as he explores the abbey as a cultural product. 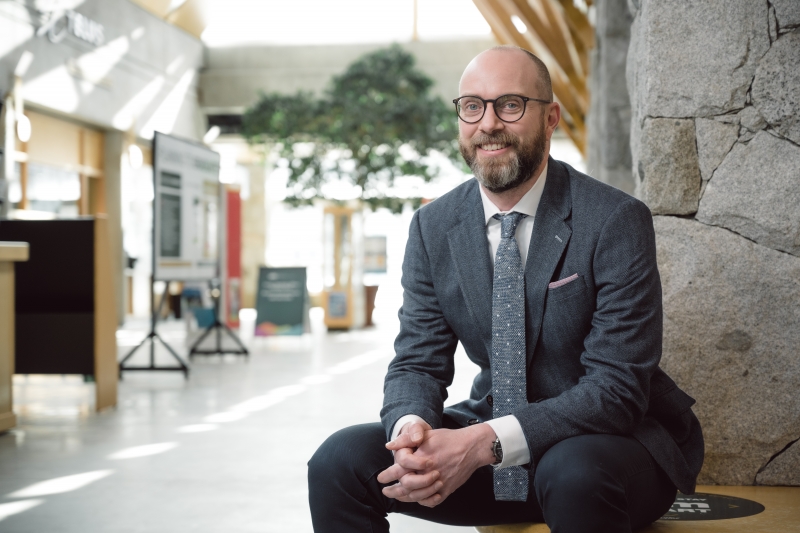 UNBC Dean of the Faculty of Indigenous Studies, Social Sciences and Humanities Dr. Kriston Rennie wrote a new book that examines nearly 1,500 years of destruction and reconstruction at Monte Cassino, a Benedictine abbey in Italy.

During its nearly 1,500-year history, the Benedictine abbey of Monte Cassino in Italy has been a haven for religious contemplation surrounded by a sea of antagonism and warfare.

In his new book, The Destruction and Recovery of Monte Cassino, 529-1964, UNBC Dean of the Faculty of Indigenous Studies, Social Sciences and Humanities Dr. Kriston Rennie chronicles the monastery’s remarkable history of devastation and rebirth as he explores its significance as a cultural product.

“No other historical work had considered the many times this religious house has been destroyed and rebuilt over the centuries,” Rennie says. “I realized there was an amazing story waiting to be told, which speaks to how the past is constructed and remembered in the written record.”

The book traces the abbey’s history from circa 529 when Benedict of Nursia established the first house of the Benedictine Order of Catholic priests to the 1960s when it was rebuilt after being the site of a series of battles during the Second World War.

“Focusing on such a sustained period allowed me to raise questions that originate in the medieval world, but which culminate in the emergent nationalism and internationalism of the 19th and 20th centuries,” Rennie explains. “Interrogating the politics and culture of identity from medieval to modern times reveals the processes of historical writing and representation that have consistently shaped the abbey over centuries.”

Rennie argues that the abbey’s historical meaning and value, as well as the sense of its own unbroken and continuous past, have been constituted by centuries of warfare.

“While its material existence and contiguous religious observance in the 21st century suggests a constant across the medieval, early modern, and modern eras, any semblance of continuity is man-made: the product of a constructed historical tradition and legacy,” Rennie says. “The meaning of its construction was informed by common experiences, which together forge the abbey’s existence and core identity.”

Two events led Rennie to become interested in studying the monastery’s history, a conversation with a colleague and an article he read.

“As a consequence of both encounters, I realized that the Benedictine abbey of Monte Cassino is both a subject and object of historical veneration most familiar to historians and general readers of 20th-century warfare, nationalism, sovereignty, and politics on the one hand, and historians of early medieval religious life, orders, and institutions on the other,” he says. “I argue in the book, the key to realizing the abbey’s historical identity lies with harmonizing these eras and synthesizing them into a large-scale ‘destruction tradition.’ ”

Rennie is grateful for the support he received at the Forschungsstelle für Vergleichende Ordensgeschichte in Dresden, Germany who hosted Rennie during his Alexander von Humboldt Fellowship. He also received a Faculty Fellowship at the University of Queensland’s Institute for Advanced Studies in the Humanities, which gave him an opportunity for a period of uninterrupted writing. He also spent time as a Visiting Fellow at the Pontifical Institute of Mediaeval Studies in Toronto, where he saw the project to completion.