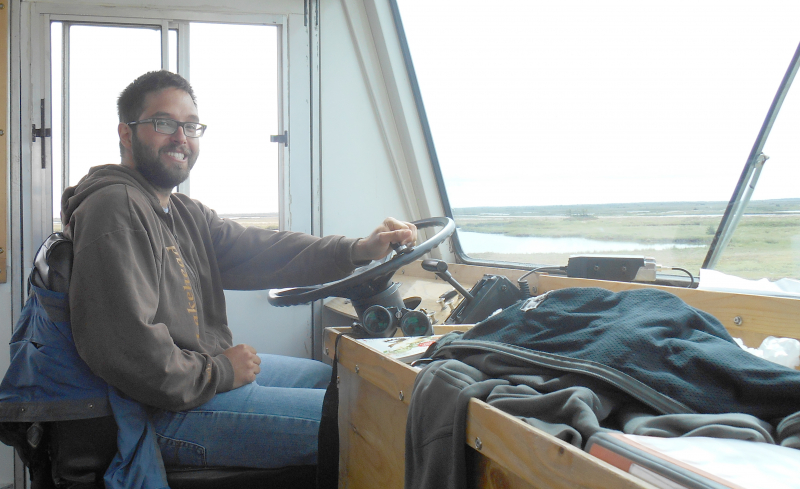 From the melting Athabasca Glacier in Alberta’s Jasper National Park to the shrinking polar bear habitat in Canada’s arctic, tourists from around the world are flocking to destinations affected by climate change.

UNBC Assistant Professor in the School of Environmental Planning Dr. Mark Groulx is exploring the phenomenon known as “last-chance tourism” by asking visitors why they chose to travel and what they gained from the experience.

“Many people choose to travel to these places because they want to join the story about how climate change is impacting our planet,” Groulx says. “Their visits to sites such as Churchill in Manitoba or the Athabasca Glacier help to build out their own personal identity, but come with an environmental cost.”

Groulx, along with Wilfrid Laurier University Assistant Professor of Geography and Environmental Studies Dr. Chris Lemieux and researchers at the University of Alberta, University of Ottawa, and Lincoln University in New Zealand, recently published their latest findings in the journal Environmental Communication.

They found that the last-chance motivation is a central reason visitors chose to travel to the Athabasca Glacier and that many visitors were interested in learning more about the changing climate and what steps they can take in their own lives to make a difference.

“Many visitors to these sites are interested in learning about the impacts of climate change,” Lemieux says. “They can use the knowledge they gain during their travels to reflect on the impact of their own environmental footprint.”
Yet, the relationship between tourists and the sites can be complicated.

Travelling to the remote sites produces more greenhouse gas emissions, which exacerbates climate change. Conversely, the sites themselves, and the communities that surround them, rely on the revenue from tourism for economic viability and ongoing conservation efforts.

Groulx says their research shows there can be a disconnection between visitors’ actions and their expressed desire to take concrete steps towards making change.

“People claim to love the places they are visiting, but they must ask themselves, ‘what are they willing to do to protect those sites?’ ” Groulx says. “There’s a gap between the concern people express and the actions they can take, such as purchasing carbon offset credits.”

Some visitors are finding ways to balance their desire to take part in a last-chance opportunity with their desire to do what they can to preserve the site. That can include taking part in “volun-tourism” experiences, during which they spend part of their vacation taking part in research studies or making life-changing decisions after returning home.

“One anecdotal example is a women who quit her job with a large corporation after returning from Churchill to pursue her dream to become an environmental scientist,” Groulx recounts. “It’s an extreme example, but it demonstrates that a transformation is possible.”