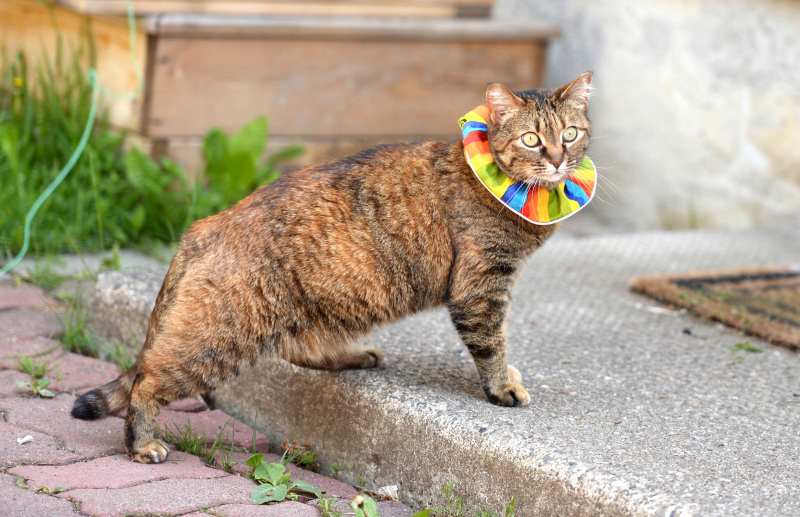 Cats wanted for the study must be free roaming and willing to wear or try a specialty collar.

Researchers at the University of Northern British Columbia are seeking a few good felines who hunt and like bringing their prized prey back to their humans.

The house cats must be free roaming and willing to wear or try a specialty collar.

As for their humans, they must be voluntarily willing to log the time their beloved and stealth cat spends outside and willing to try high visibility and GPS collars on their cats. 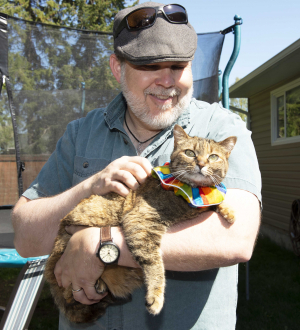 UNBC Ecosystem Science and Management program professor and biologist, Dr. Ken Otter, would like to know more about the number of wildlife kills per house cat in certain areas in Prince George.

It’s part of a growing focus in conservation research to understand the predatory impact of domestic cats, and whether high-visibility collars help reduce hunting efficiency.

Recent estimates suggest that domestic and feral cats may be taking more than 100 million birds per year in Canada, making them one of the highest human-related sources of bird mortality,” says Dr. Otter. "One means of reducing those numbers would be finding ways to alert birds of cat presence before they can make kills.

“The colourful predation-deterrent collars we are testing aim to do that – they utilize colours that birds are very sensitive to so that birds should detect cats earlier and have more time to escape. These have been tested in Australia and the southern United States with promising results, but we want to test them in a northern environment.”

In addition to the deterrent collars, they will be using GPS collars to see where cats are roaming, and how much they are using city greenspaces.

Dr. Otter is looking for Prince George residents specifically in the Hart, Foothills/Ginters and College Heights neighbourhoods to participate in the study from now until the end of August.

The data will not only be collected and published, but it will also be shared with the City of Prince George, the Canadian Wildlife Service and the SPCA.

The study is being funded by UNBC, and the Canadian Wildlife Service. It is a partnership with the City of Prince George, the SPCA and several Prince George veterinary clinics.

Those who are interested in participating in the study can contact Dr. Otter at either catstudy@unbc.ca, ken.otter@unbc.ca or 250-960-6050.