Dr. Theresa Healy has spent her career working to improve the lives of people in Prince George. This month, she became the first-ever recipient of the Bob Scott Award for her integrity, leadership and inspiration in contributing to the betterment of the community. The Drug Awareness Recovery Team presented Healy with the award. 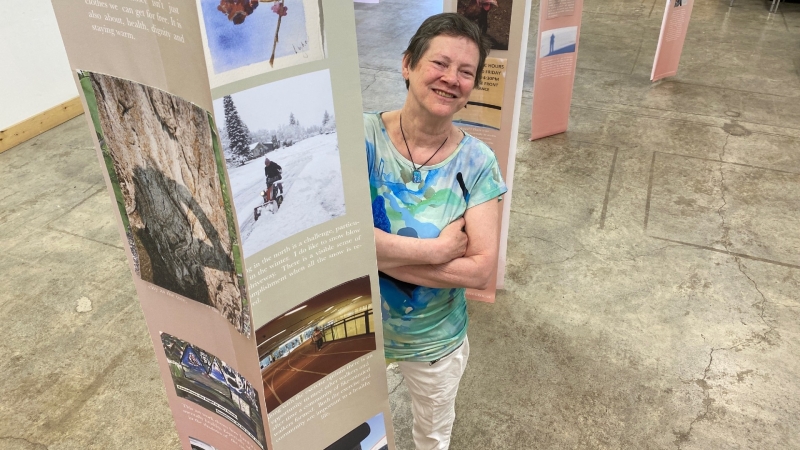 Dr. Theresa Healy, an Adjunct Professor in the School of Planning and Sustainability is the first ever recipient of the Bob Scott Award, recognizing her work contributing to the betterment of the community in Prince George.

School of Planning and Sustainability Adjunct Professor Dr. Theresa Healy is the first recipient of the Bob Scott Award presented by the Drug Awareness Recovery Team (D.A.R.T.) in Prince George.

The award, created as D.A.R.T. celebrates its 25th anniversary, is named after the organization’s founder Bob Scott who passed away in 2008.

“I am truly honoured to be selected as the first recipient of the annual Bob Scott award. I knew Bob well and he was an inspiration to me, as well as a friend and colleague,” Healy says. “He was a man of faith who understood forgiveness, he was a man of action who understood the necessity of patience and a tower of strength in believing change was possible, from the individual wrapped in struggles with addition to the larger collective and policy questions that need our best as a society.”

The award will be presented annually to an individual, group of people, business, organization or agency that exemplifies integrity, leadership and inspiration in contributing to the betterment of the Prince George community. Healy received the award at a celebration at the House of Ancestors on Oct. 20.

Healy earned plaudits for her on-the-ground support for community groups in Prince George, including writing grant proposals and facilitating projects. She helped to spearhead the Stone Soup Kitchen project that addressed food insecurity in marginalized populations by providing food preparation and cooking skills in a community kitchen.

Healy worked with Scott during his time with D.A.R.T. and said he had a calm belief in the power to move unmovable obstacles, but brought a formidable intellect to the work of community building. She said he often spoke of the quadruple bottom line, balancing financial, environmental, social justice and human dignity in decision-making.

“D.A.R.T. was infused with his vision of calm, patient, agency for social change but also with his astute assessment of the revolving door incarceration becomes without a bridge over the shark-infested river that newly released people fell back into without support,” Healy says. “Most people think sharks are only in the ocean. Bob knew they were operating right beneath our nose. He saw sober and clean former addicts exiting prison, but that clean and sober state was not seen as a foundation for better futures but ignored so people fell prey to the same circumstances that landed them in jail in the first place.”

Healy, who is also an adjunct faculty member in the Gender Studies program, has worked as an instructor and researcher at UNBC since 1994.

“To be selected as a candidate for this award is such an honour. To be aligned with this fundamental belief in the power of human nature to make good change. To be on the right side of the quadruple bottom line,” Healy adds. “To win this award is the equivalent of an Oscar awarded from the toughest jury of all, your peers, is overwhelming. For those of us who work away in community development without hope of recognition, doing the work because it is good work that must be done, we now have an award that says ‘Well done,  thou good and faithful servant.’”