Aquatic species are benefiting from fewer peaks and declines in river flows on waterways with hydroelectric infrastructure according to a new paper authored by Environmental Science Professor Dr. Stephen Déry. The study looked at 500 sites across Canada and the United States over 100 years and showed river flows have become increasingly more consistent. 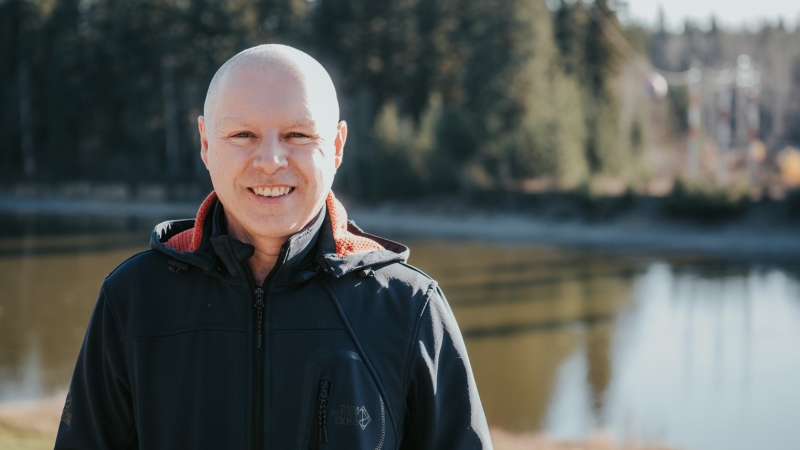 Déry and his collaborators studied the phenomenon of hydropeaking, when water levels in managed rivers rise or fall sharply due to increases or decreases in electricity demand. Their paper, Vanishing weekly hydropeaking cycles in American and Canadian rivers, published in Nature Communications, details the decline of hydropeaking in recent years.

“There is a very consistent, overall decreasing pattern in the index values we’ve formulated for hydropeaking in this study, and the pattern crosses various jurisdictions, watersheds, and power grid interconnections,” Déry says. “A reduction in ramping up and ramping down in river flows benefits aquatic species and improves their habitat.”

“The results suggest that hydroelectricity demand and generation is changing, with less reliance on hydropower to support peak demand during daytime and weekdays,” Déry says.

Other reasons that could be contributing to the decrease in hydropeaking, according to the researchers, are the addition of more wind and solar energy to the grid, improved regulatory oversight, an increasingly interconnected grid that helps balance out the load and lifestyle changes that have resulted in more even electrical demand.

The findings can help hydroelectric companies refine their operations to further reduce the impact on aquatic life.

“Hydroelectric companies are all keen to understand how their operations are evolving with the goal of reducing their impacts on the environment,” Déry says. “Recent reductions of the weekly hydropeaking cycle provide evidence that hydropower operations are indeed being modified to improve ecosystem health and well-being.”

Déry says UNBC’s location, its computational resources as well as its ability to facilitate relationships with research partners, industry and other stakeholders make it a great place to conduct this research.

“UNBC is an ideal location to undertake such work given we are surrounded by abundant natural resources including pristine waterways as well as regulated systems,” Déry says. “We, therefore, have good examples of the range of regulation, from heavily dammed systems like the Nechako, Columbia and Peace rivers, and unregulated ones like the Stuart, Liard, and Thompson rivers.”

This study looked at data between 1920-2019, and Déry says the next phase of the work will examine the impact the COVID-19 pandemic had on regulated bodies of water.