Anthropology Assistant Professor Dr. Lianne Tripp is studying how immunity passports were used to combat yellow fever in Gibraltar in the early 19th century and how they influenced public health decisions today. 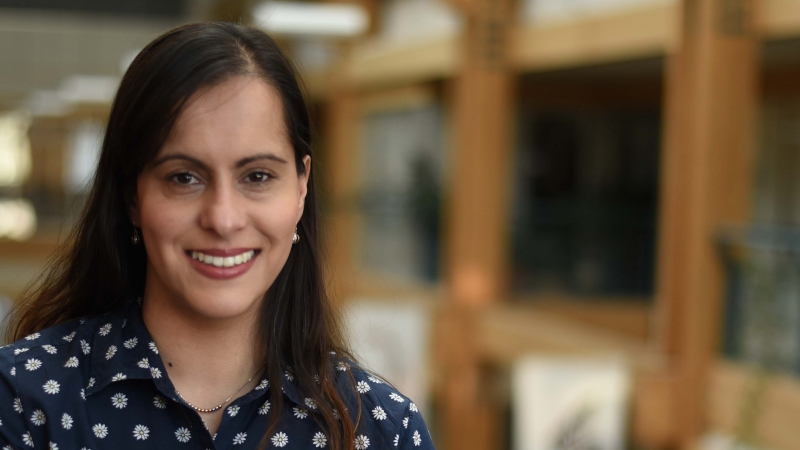 Anthropology Assistant Professor Dr. Lianne Tripp is studying the oldest surviving immunity passports created in Gibraltar in the 19th century as a counter measure during a yellow fever outbreak. She sees parallels with the current measures being taken to curb COVID-19.

The millions of British Columbia residents accessing their B.C. Vaccine Cards this month are following a public health practice that dates back centuries, according to UNBC Anthropology Assistant Professor Dr. Lianne Tripp.

The concept of quarantines and passes to combat infectious diseases have been used successfully for hundreds of years. Tripp, a biomedical anthropologist, co-authored a paper examining how Gibraltar managed yellow fever epidemics in the 19th century, including the imposition of fever passes for those with immunity.

In Managing an epidemic in imperfect times: encampment and immunity passes in 19th century Gibraltar, published in BMJ Global Health, Tripp and co-author Dr. Lawrence Sawchuk from the University of Toronto Scarborough, write about how authorities, with the help of citizens, conducted house-to-house surveys to try to determine who had developed immunity, implemented mandatory quarantine rules and limited travel between Spain and Gibraltar.

“It is important to look to past epidemics of diseases, such as yellow fever, so that we can appreciate what are the fundamentals of managing epidemics and pandemics in the past and how it has changed over time,” Tripp says. “We can draw parallels between the sanitary cordon of Gibraltar that was imposed by Spain, and the protective sequestration in Gibraltar to COVID-19 lockdowns around the world, especially in countries where international travel was banned for long periods of time.”

Authorities granted fever passes to those who could demonstrate they had immunity based on having recovered from yellow fever. The passes, which are believed to be the oldest surviving medical passports still in existence, allowed holders to move in and out of the fortress of Gibraltar and the encampment outside the walls, where 4000 people were being quarantined in 1828.

“Before the Gibraltar yellow fever passes, there were health passports in many parts of the world, which originated from the 15th-century plague epidemics, that certified that ships and their passengers came from a place that was free of the disease,” Tripp says. “Only now, more than 200 years later, can we appreciate the effort required to co-ordinate a passport system as we see the challenges associated with implementing COVID-19 passport systems in Canada and around the world.”

Gibraltar, a British Overseas Territory located on the southern tip of the Iberian Peninsula bordering Spain, provides researchers with a great case study. There are many surviving documents, ranging from fever passes, to detailed maps of the quarantine zone to detailed diary entries. As a military installation, the authorities were able to institute the strict quarantine and pass rules. These detailed regulations allow researchers to study how they were implemented and how they were modified over time.

Tripp says it’s important to look back at historical pandemics so we can better understand where some of the measures we use today originate from.

“Unfortunately, most populations are notoriously poor at passing down lessons and experiences from epidemics and pandemics in the past,” Tripp says. “For example, the average citizen is not aware of how epidemics were managed over 200 years ago. This is why it is important for researchers to continue to record current pandemics and to uncover documents from the past. Otherwise, information and memories will not survive.”

Tripp has future research planned on the urban, suburban and rural divide of 1918 influenza pandemic in Malta, and the importance the train route played in the spread of the disease.

“During the current COVID-19 pandemic we have seen an excessively high rate of COVID-19 in dense urban areas and as well as some rural communities,” she says. “There is still a debate as to whether urban or rural communities were harder hit in terms of morbidity and mortality by the 1918 influenza pandemic. And for the most part the suburbs have been left out of the discussion altogether."