Inuit Tapiriit Kanatami President Natan Obed, who has spent his career expanding awareness and understanding of Inuit rights and realities as well as advocating for social equity for Inuit in Canada, is set to receive an honorary degree on Oct. 21. 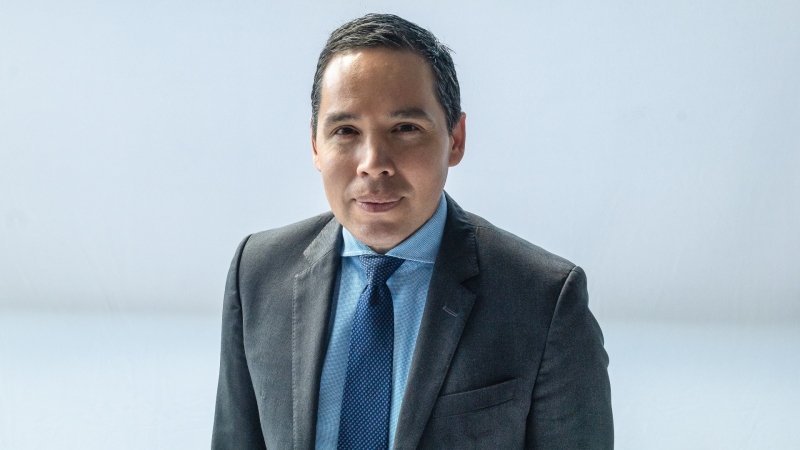 Prince George, B.C. – Natan Obed, a leader committed to improving the well-being of Inuit in Canada, will receive an honorary Doctor of Laws degree from the University of Northern British Columbia during a special ceremony at the Prince George campus on Oct. 21.

Obed is the President of the Inuit Tapiriit Kanatami (ITK), the national representational organization responsible for protecting and advancing the rights and interests of Inuit in Canada. Now in his third term, Obed has worked to address a range of social policy issues, including suicide prevention and climate change. He has continually worked to expand awareness and understanding of the Inuit rights and realities and advocates for social equity for Inuit in Canada.

“I am humbled to receive this award and offer my sincere thanks to the University of Northern British Columbia. I take great pride in working for Inuit, and for advancing awareness of the realities of Inuit Nunangat, throughout my entire career,” Obed said. “To be recognized for this work by my northern peers is a tremendous honour."

Obed is from Nain, Nunatsiavut, a self-governing Inuit region in Newfoundland and Labrador. He earned a Bachelor of Arts degree in English and American Studies from Tufts University in 2001. In addition to his role as President of ITK, Obed is a Vice-President of the Inuit Circumpolar Council Canada and a Trustee for the Labrador Inuit Capital Strategy Trust.

Obed has worked with the National Collaborating Centre for Indigenous Health (NCCIH), located at UNBC. In 2021, he was a guest speaker during an NCCIH Virtual Series event focused on First Nations, Inuit and Métis Peoples and COVID-19.