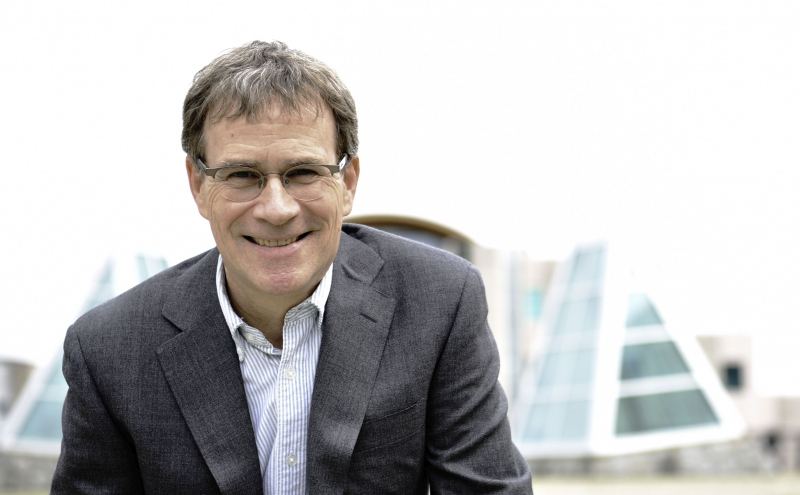 English professor Dr. Kevin Hutchings, with support through a Social Sciences and Humanities Research Council of Canada grant, will be examining the life of Sir Francis Bond Head.

Imagine being in a room full of powerful people who all share the same opinion on a matter of national significance. Now imagine being the lone dissenter.

That’s the focus for the University of Northern British Columbia’s Dr. Kevin Hutchings, who will receive $67,000 over four years from the Social Sciences and Humanities Research Council of Canada’s (SSHRC) Insight Grants program to investigate the life and literary works of Sir Francis Bond Head.

Bond Head was a best-selling British journalist and travel writer who governed the British colony of Upper Canada from 1836 to 1838, and held a contrarian position to his peers and colleagues regarding the ideology of assimilation that came to inform Canada’s residential school system.

“Sir Francis lived an exciting and adventurous life, and played a fascinating and controversial role in our nation’s colonial history, to which past scholarship has failed to do justice,” says Hutchings, an English professor and former Canada Research Chair in Literature, Culture and Environmental Studies. “Although he published numerous influential books and articles during the course of a lengthy literary career, those writings are now largely forgotten. My investigation of the relationship between his literary and political activities will demonstrate the important role that literature played in English Canada’s early colonial history.”

Hutchings will produce the first detailed literary study of Bond Head’s life and times, with a goal of demonstrating how he exploited his literary celebrity to support his often-controversial political work, including his business activities in colonial Argentina, his treaty-making among First Nations in Upper Canada, and his controversial role in both inciting and crushing the 1837 Upper Canada Rebellion.

The SSHRC funding allows Hutchings to present his findings at various conferences and symposiums as far afield as New Zealand. It also enables him to employ a number of student research assistants during the course of the study, providing them with training that will help them to become effective researchers, writers, and editors. In addition, he’s received support for the presentation of his research through the EU’s Erasmus+ Training Mobility grant program and from the UK-based Transatlantic Studies Association.

The 19th century governor and writer’s life and times have been a focus for Hutchings for more than 15 years; he has even made contact with one of the governor’s living descendants. Perhaps of most interest, however, is what appears to be Bond Head’s stance regarding the residential school system.

“The Truth and Reconciliation Commission is concerned with finding and publishing the truth about residential schools, the sole purpose of which was to assimilate Indigenous people into ‘mainstream’ European Canadian society by severing them from their families, from their cultural traditions and from their language,” adds Hutchings. “During the 19th century, most members of Canada’s settler society embraced the idea that Indigenous people should be converted to Christianity and be assimilated to European ways of life. Sir Francis doesn’t quite fit in with that position because he came on the scene with the opposite idea. He’s fascinating to me for that reason.”