An international team of scientists used a supercomputer at UNBC to calibrate their findings as they examine the impact of climate change on glaciers in Western Canada and around the world. Their work is the cover story in the latest issue of the journal Science. 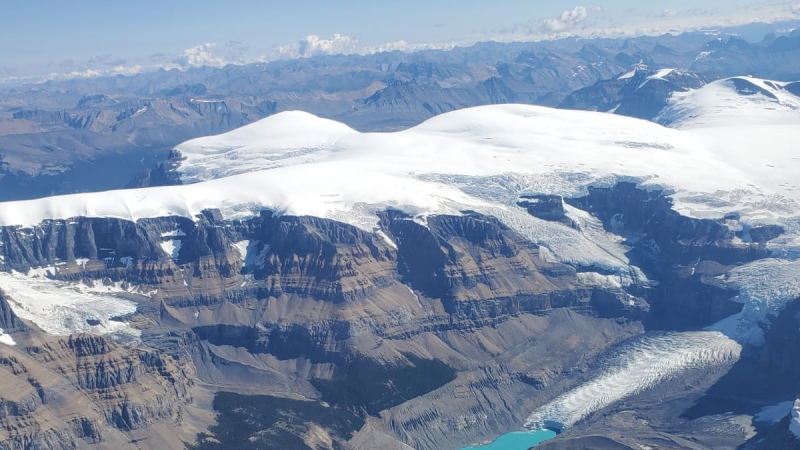 Researchers project that most glaciers in western Canada will be gone in 80 years.

A child born today will witness the near complete disappearance of one of Western Canada’s most iconic symbols - glaciers.

Writing in the journal Science, an international team of researchers describes the impact that different greenhouse gas emission scenarios will have on Earth’s glaciers. Climate pledges from the 2021 Conference of Parties (COP-26) would raise global temperatures by +2.7 Celsius, contribute an additional 115 millimetres of sea level rise (± 40 mm), and deglaciate most mid latitude mountainous regions.

In the paper titled Global glacier change in the 21st century: Every increase in temperature matters, the scientists describe that by the end of the century, the majority of Earth’s remaining glacier ice will exist in southeastern Alaska, the Northern Coast Mountains, Yukon, the northeastern Canadian and Russian Arctic and mountains that fringe the Greenland and Antarctic ice sheets.

”Even if global temperatures were to rise by 2 C above pre-industrial levels, mountains in the Middle East, Caucasus, Central Europe Middle East, North Asia and western Canada and the conterminous US are projected to experience widespread deglaciation,” said Dr. David Rounce, the lead author and assistant professor at Carnegie Mellon University.

In Western Canada and elsewhere, glaciers provide cool, plentiful water during late summer when seasonal snow has melted or during years of drought. But continued emission of greenhouse gasses will decimate these frozen, freshwater reservoirs in the decades ahead.

”Sadly, our collective inaction on reducing our dependency on the use of fossil fuel has already committed our glaciers to substantial mass loss for the foreseeable future,”, said Hakai affiliate and UNBC Professor Dr. Brian Menounos, co-author of the study and Canada Research Chair in Glacier Change.

”Our recent work confirms results from an earlier study for western Canada that suggested widespread deglaciation within the mountains of western Canada by the end of this century. Our current study uses the newest climate projections reported in the Intergovernmental Panel on Climate Change Assessment Report, improved physical representations of glaciers and new approaches to calibrate physically based models that simulate the response of Earth’s glaciers to future climate.”

To calibrate their projections, researchers used data processed by a supercomputer located at UNBC, that constructed digital elevation models based on satellite images. The computer, jointly funded by UNBC and the Tula Foundation, allowed researchers to analyze more than 440,000 images.

The most recent results show that, irrespective of emission pathways, glaciers continue to lose substantial mass until about 2040. After 2040, however, glacier mass loss depends on the projected greenhouse gas emissions which ultimately controls global temperatures.