With the designation of the Ancient Forest/Chun T’oh Whudujut Provincial Park in 2016, a team of researchers jumped at the chance to do a detailed study of biodiversity in the inland rainforest located 115 km east of Prince George.
Now, in their third year of field studies, after trekking deep into the backcountry, hundreds of kilometres through wetlands, knee-deep in swamps, exploring unknown valleys and bushwhacking through to the top of mountain peaks, these scientists have been astonished by what they have discovered. 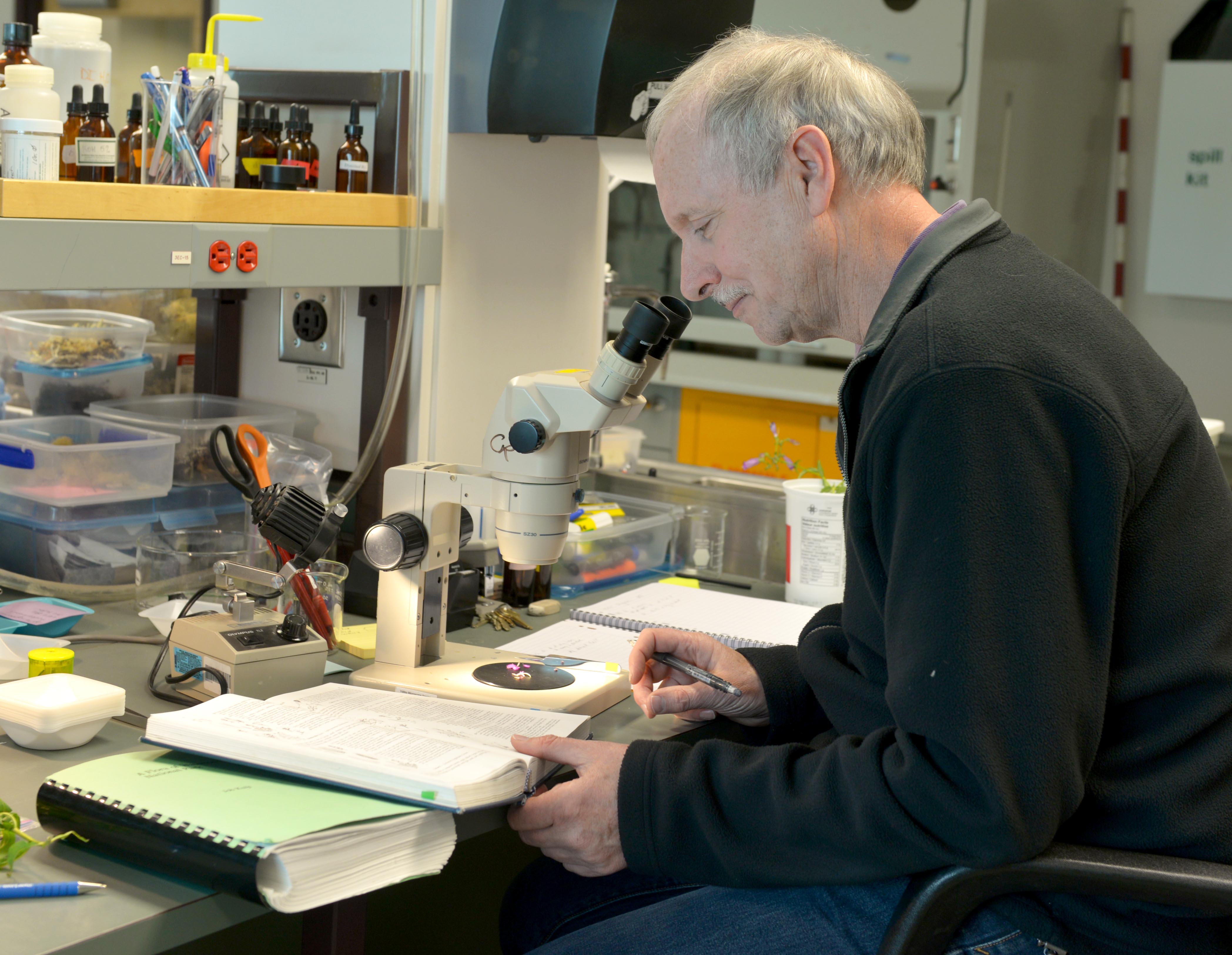 “The number of species we found, the number of rare species, and the number of new species has been a real surprise,” says Dr. Darwyn Coxson, Ecosystem Science and Management Professor at the University of Northern British Columbia. “We knew there would be new finds there, but our project, getting off the roads into remote backcountry areas has resulted in many new findings, from areas that have not been visited by scientists before.”

Collaborating with UBC botanists Trevor Goward and Curtis Björk, leading experts on rare plants, they have discovered more than 2,400 species in the Upper Fraser River Watershed, commonly called the Robson Valley.
“This is an amazing total for such a small part of the province,” explains Coxson. “It includes many species that are new to this part of British Columbia and indeed Canada, and a surprisingly high number of species that will be new to science. This includes new species of mosses, lichens and vascular plants. This will be an exciting story for the scientific community in British Columbia.”

These discoveries will help paint a more complete picture of biodiversity richness in the inland rainforest of B.C., unique in its location so far from the ocean.

Results of this research will be summarized during a talk by Björk, Tiny Lichens to giant trees: An Inventory of the Robson Valley flora, at UNBC on Friday, Sept. 14 in Rm 8-164.  It’s part of the weekly lecture series at the Natural Resources & Environmental Studies Institute at UNBC.

“This will be an exciting opportunity to hear the latest research findings. Curtis Björk will be talking about the many habitats that we visited in the research and provide an overview about new and rare plants that have been found in the Robson Valley,” says Coxson.

Dr. Björk’s presentation will provide a unique perspective on a landscape that many will have previously visited.  “Many people in the Prince George community, and tourists that have visited our region may have stopped at the Ancient Forest trail, walked along the boardwalk and looked up at the thousand-year old ancient cedars, enjoying the ambience of the site. But there is a real thirst for knowledge of what’s in the forest there. This talk will provide a window into this forest, from the tiniest lichen to the largest tree, indicating how important this ecosystem is to Canada and indeed globally.”