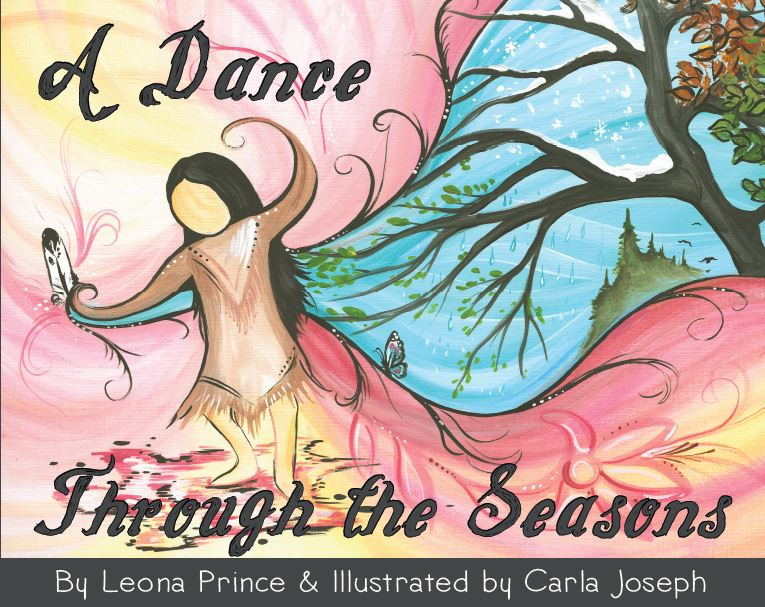 UNBC alumna Leona Prince is the author of A Dance Through the Seasons. It was illustrated by Cree artist Carla Joseph.

They provide meaningful connections to a person’s past, present, future, and traditions.

When Leona Prince was gifted a dream from her friend and colleague Shelien Hadfield, it was something she took quite seriously.

“The dream was about me and about the things that were about to occur in my life,” Prince says. “I went home and had to write this story and create this narrative to make sense out of the challenges and opportunities I was facing.” 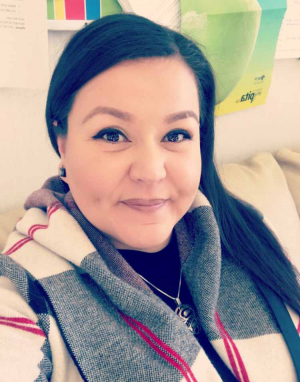 The result is A Dance Through the Seasons, a children’s book written by Prince and beautifully illustrated by Carla Joseph, a Cree artist from Prince George.

The book will be officially launched on Friday, May 24 during a University of Northern British Columbia First Nations Centre event at The Gathering Place at 6 p.m.

The event, where both Prince and Joseph will discuss their collaboration, is open to the UNBC and Prince George communities.

Prince is a Dakelh woman from the Lake Babine Nation and Nak’azdli and belongs to the Likh Tsa Mis Yu Clan. A descendant of the Stiche and Chief Kwah, she is the mother of three children.

As an award-winning educator, she is the School District 91 Principal for Aboriginal Education in Nechako-Lakes.

Prince is also a UNBC alumna, holding Bachelor of Science (Biology, First Nations Studies) and Bachelor of Education and a Master of Education degree in Multidisciplinary Leadership. In 2017, she was received a UNBC Distinguished Alumni – Professional Excellence Award.

She also received an Indspire Award for Educational Leadership at the 2018 Guiding the Journey Educator Awards.

Written for students in Grades 4 – 7, Prince says the book comes from a personal place of growth and discovery.

“I wrote this book for students who also face challenges and opportunities in their pre-adolescent phase of life,” she says. “I believe growth happens cyclically. The book is about perseverance, recognizing your own gifts, learning with patience, and living your purpose. 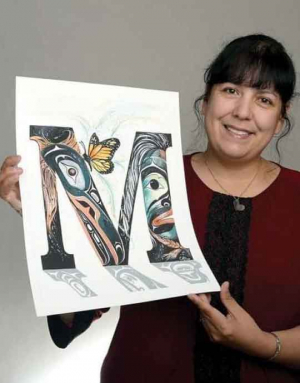 “These are the messages I want young people to know and understand through my own experiences and the things that give me a sense of identity and connectedness.”

From the outset of the project, Prince knew she had to collaborate with Joseph to illustrate the book.

Joseph is talented in her own right. She received her key to become the Prince George Community Arts Council’s artist-in-residence at Studio 2880. In 2016 and she went on to win Art Battle Prince George in 2016 and 2018. Art Battle involves three rounds of four artists competing against each other where they have 20 minutes to turn their blank canvasses into a work of art as crowds of people watch them.

“I want the world to know what an incredible artist Carla is, she is Prince George’s best-kept secret,” Prince says. “I love her work and how she captures the essence of Indigenous culture and the natural elements that are her signature.”

Prince notes that the book is not only written and illustrated by Aboriginal women, but the company Fireweed Canada, is Aboriginal-owned.