Dr. Peter Bentley served UNBC as its Chancellor and was a long-time supporter of UNBC through his generous philanthropy. Dr. Bentley passed away on Sept. 6, 2021. 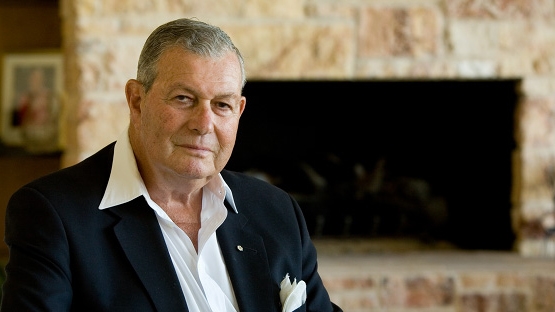 Former University of Northern British Columbia Chancellor Dr. Peter Bentley passed away on Monday, Sept. 6 at the age of 91.

Bentley was UNBC’s third Chancellor, serving from 2004-07. He was also a major donor to the University, most notably making a $1.2 million contribution to help finance the construction of the Bentley Centre, linking TELUS Student Street to the Teaching Laboratory building.

“Peter Bentley was a true champion for education and for UNBC. Through his generous philanthropic support as well as his service as Chancellor, Peter helped UNBC thrive as a small, research-intensive University,” says UNBC Interim President Dr. Geoff Payne. “He always wanted UNBC to dream big. On behalf of the University community, I offer both condolences to Peter’s family and gratitude for their overwhelming support of UNBC over many years.”

“As a University community, we are deeply saddened to learn of the loss of Peter Bentley,” says UNBC Board of Governors Chair Catherine Wishart. “The Bentley Centre at UNBC’s Prince George campus is just one tangible example of Peter’s generosity and ongoing commitment to enhancing educational opportunities in the north. With Peter and his family’s support, UNBC is educating the next generation of leaders for northern British Columbia and beyond.”

Bentley was born in Vienna in 1930 and moved to Canada as a child when his family fled the Nazi occupation. Shortly after arriving, his father and uncle started the company that would become Canfor. Bentley started working at the company when he was 14 and rose to become the company’s president in 1975. In 1985, he became Canfor’s chief executive officer and chair of the board of directors. He retired from the company in 2019.