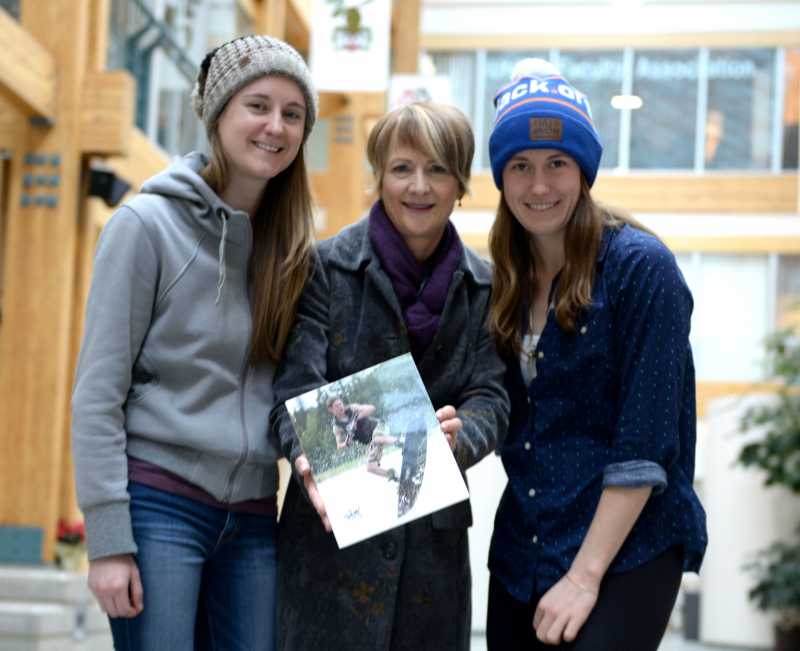 As a youngster, Jared Parker was just like everybody else in Prince George. He played hockey, soccer, volleyball and basketball.

He was popular with his friends at John McInnis junior secondary, but as he progressed into his teen years, his family noticed a gradual change in his personality. He became withdrawn and struggled with depression.

Family friends of the Parkers, Andrea and Lawrence Fredeen started fundraising for the UNBC Jared Parker Memorial Scholarship, in his memory in September.

His mother, Linda Parker is committed to seeing the goal reached and invites the community to join with her in raising $30,000 to create an endowed scholarship that will help enhance research in mental health at UNBC.

Students Julia MacDonald and Valerie Ward, working towards their Masters Degrees in Community Health at UNBC believe this scholarship fund is important and that more research is needed, based on what they’ve discovered through their own graduate research at UNBC.

Ward has focused her research on online mental health resources that are available to youth in rural and remote areas, and has found that young people want access to information about mental health as well as mental illness and identify the need for resources located in and tailored to the needs of northern communities.

Ward is supported by a Social Sciences and Humanities Research Council grant, but said these are competitive and that more funding would support enhanced research especially to support northern youth who are often more isolated from resources.

MacDonald and Ward have both been instrumental in organizing a UNBC chapter of Jack.org, a national student-wide initiative designed to shift attitudes and decrease the stigma around mental illness.

Parker recently had the chance to meet MacDonald and Ward. She is inspired by the hope that these two students represent for preventing future tragedies like the one her family has experienced.

“The scholarship is our way to give something positive to the community through our personal tragedy and to honour Jared’s life,” said Linda Parker.

Donations can be made to UNBC directed to the Jared Parker Memorial Scholarship Fund directly or online through www.unbc.ca/giving.