A new book, Testimonio: Canadian Mining in the Aftermath of Genocides in Guatemala, is co-edited by UNBC Geography Professor Dr. Catherine Nolin and Grahame Russell, Director of Rights Action and UNBC Adjunct Professor and is based on their research and their direct community support in Guatemala since 2004. 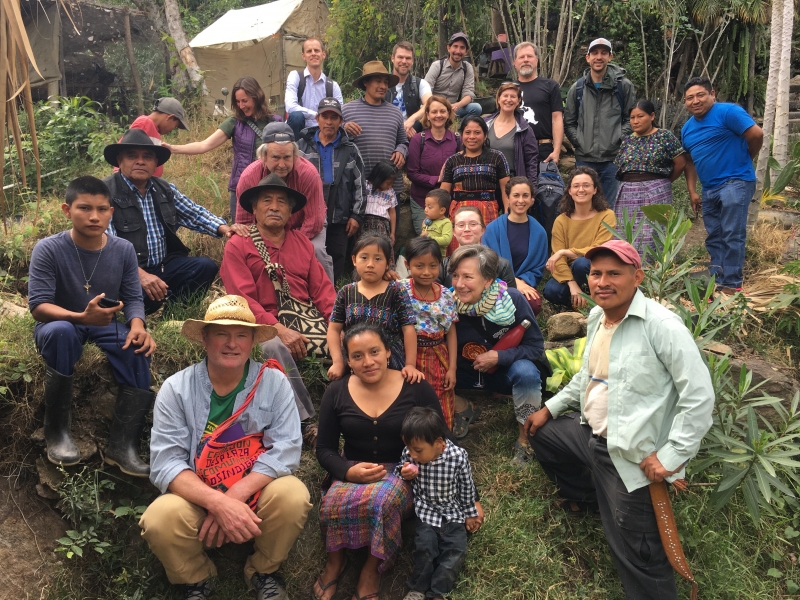 Catherine Nolin and Grahame Russell visit Rabinal, Guatemala, an area where they led a UNBC Geography Field Trip in January 2020.

The book, Testimonio: Canadian Mining in the Aftermath of Genocides in Guatemala, is based on the research by UNBC Geography Professor Dr. Catherine Nolin and Grahame Russell, Director of Rights Action and UNBC Adjunct Professor and their direct community support in Guatemala since 2004.

“These are not just Guatemalan problems, these are very much Canadian problems,” explains Dr. Nolin. “What we are trying to do is shine a light, not just on Guatemala and issues there, but the Canadian decisions, decision-makers and policy to support the Canadian extractive industry at all costs. 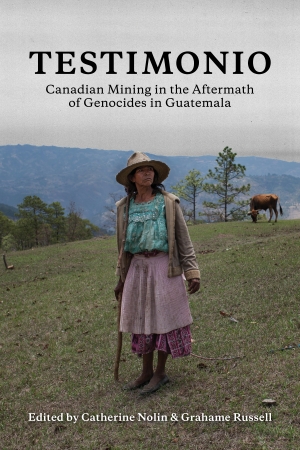 “We call on Canadians to hold our government and companies fully to account for their role in enabling and profiting from violence in Guatemala. The opportunity offered to us by publisher Between the Lines was to gather the work of the many people we’ve worked with over the years into one volume, making the evidence both damning and irrefutable.”

Testimonio is officially being launched during a virtual book launch on Monday, Oct. 25 at 4 p.m. PT. The public is welcome to attend the event by registering on the launch’s website.

Nolin and Russell have worked together since 2004 when Nolin launched her field school course, Geographies of Culture, Rights & Power in Guatemala. Russell served as an in-country co-facilitator of the inaugural course. The education trips offered every two years visit each of the community, human rights, environment, and land defence struggles highlighted in the book.

Testimonio is based on their long-standing research and direct community support of more than 20 years working in solidarity with local communities.

“The work is, almost by definition, sad, angering and inspiring at the same time,” says Russell. “At the same time, it is always inspiring to be in regular contact with the dignified, courageous women and men, elders and youth from the mining-harmed communities, who–despite the overwhelming wealth and power, corruption and impunity they confront–keep on resisting and fighting in defence of their lands, their families, and communities, their water sources and forests, and their rights.”

In addition, they agree it’s important to publish these stories to make Canadians aware of what is happening in the Central American country.

“Canada is a global mining giant and most Canadians are not familiar with what Canadian mining companies and their partners are doing in 100-plus countries around the world,” says Nolin.

“Not all the mining struggles are Indigenous but the vast majority of the population in Guatemala is Indigenous, living in Maya communities, disproportionately impacted by foreign-owned mining company operations. Foreign-owned mines have been set up so that one per cent of profits remain in the country while 99 per cent flow to the corporations. This is plunder, exploitation, and we're being told it's ‘development.’ I think that's a shocking reality that most folks here in Canada don’t know.”