UNBC researchers quantified the percentage of terrestrial vertebrates that call tropical forests home, demonstrating the importance of protecting these ecosystems. 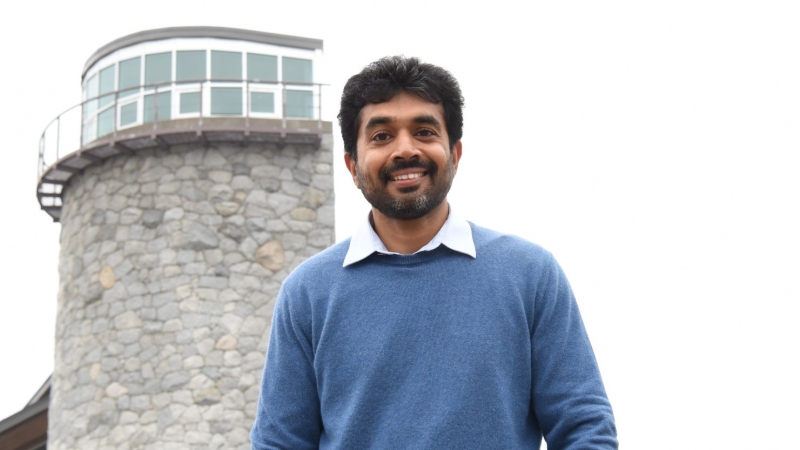 Post-doctoral fellow Dr. Rajeev Pillay led a team of UNBC researchers and other collaborators as they used range maps and data on habitat preferences to determine just how many terrestrial vertebrates live in tropical forests.

What do a jaguar, a ring-tailed lemur and a ruby-throated hummingbird have in common? They are all among the 62 per cent of terrestrial vertebrate species that call tropical forests home, according to a new study by University of Northern British Columbia researchers published in Frontiers in Ecology and the Environment.

Led by post-doctoral fellow Dr. Rajeev Pillay, the researchers used mapping technology to quantify the number of terrestrial vertebrates that live in tropical forests around the world. Tropical forests play a central role in biodiversity conservation and in climate regulation, as they are both carbon sinks and key sources of oxygen for the entire planet.

Through human activity, these forests are shrinking and some species are going extinct, making it all the more important to determine how many terrestrial mammals, birds, reptiles, and amphibians live in these rapidly vanishing ecosystems.

“We have estimated roughly 200 billion galaxies in the observable universe, but no one knows exactly how many species inhabit the most biodiverse terrestrial ecosystem on planet Earth,” Pillay says. “Our finding that tropical forests are home to an astounding 62 per cent of terrestrial vertebrate species not only helps satiate an aspect of innate human curiosity about nature but also strongly suggests that the continued destruction of these imperiled ecosystems will likely lead to significant, imminent biodiversity losses.”

“Knowledge of how many species occur in tropical forests can help with estimating extinction rates – a defining feature of the Anthropocene epoch we are living in,” Pillay says. “Given increasing evidence that much of human wellbeing is connected to nature and depends on the diversity of life, our work urgently reinforces calls for environmental policies aimed at the core priority of safeguarding the last remaining tropical forests that harbour much of this biodiversity.”

To reach their findings, the team looked at the range maps of more than 33,000 species as well as data on their habitat preferences. They then were able to compare that information to maps of tropical forests across South America, Africa, Asia and Australasia. Pillay says the findings demonstrate the urgent need to conserve these forests around the world to safeguard the disproportionate share of biodiversity they harbour, but also cautions against attributing lower conservation priority to other ecosystems in favour of tropical forests.

“All ecosystems – not just tropical forests – are critically important to conserve in their native states. Should the loss of these systems continue unabated, it is highly likely to be accompanied by the loss of many of the unique and irreplaceable species that inhabit these ecosystems,” Pillay says. “We do not know exactly how such mass extinctions, should they occur, may affect humanity. We do have a good deal of evidence humans depend on biodiversity in myriad ways and biodiversity loss can attenuate numerous ecosystem services because of shifts in ecosystem functioning and stability.”

Pillay says there is more work to be done to understand the complete picture of tropical forests as strongholds for all living flora and fauna.

“We still know little about other forms of biodiversity – such as insects, plants, fungi and microorganisms that make up the greatest share of tropical biodiversity in terms of species diversity and biomass – there is simply not enough data yet on these other vitally important taxonomic groups for us to make reliable conclusions,” Pillay says.