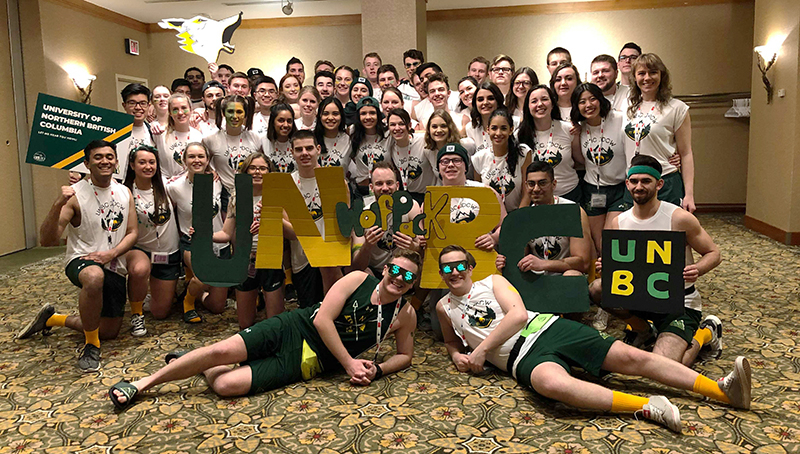 The UNBC delegation, consisting of 46 competitors and two co-captains, won three podium finishes in Burnaby last weekend – second place in entrepreneurship and second place in marketing, plus a first-place finish for most charity dollars raised. An astonishing $166,236 was raised for the Spirit of the North Foundation and Camp Goodtimes, which sets a new charity fundraising record for a UNBC JDC West team. 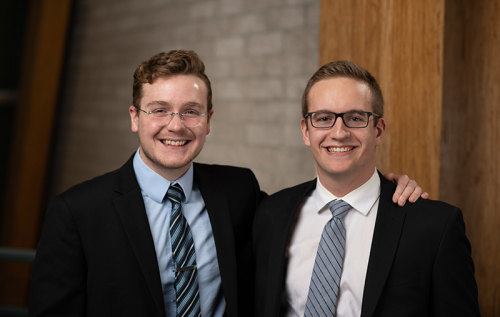 "We are incredibly proud of our delegates,” raves UNBC JDC West co-captain Adam Barlow. “This has been one of the best teams UNBC has fielded and we couldn't be happier that their hard work was reflected with three podium finishes.”

JDC West is an opportunity for business students to use the education and skills and apply them in solving real-world business cases. They are judged by professionals and experts in each field of business. UNBC’s JDC West team began preparing in February 2018, when they held tryouts and selected their academic team. They continued to work throughout last summer, with intense training and coaching from September to December.

The theme of this year’s JDC West event was ‘Shaping the Future,’ a quality the UNBC team embodied as they implemented a new method of training and recruiting academic delegates. The team expects their approach can be adapted and used in coming years to continue UNBC's JDC West teams' success.

“Although we don't have the complete results back, we believe the trial run of the new system was incredibly successful,” says UNBC JDC West co-captain Ben Walls.

As the smallest competing school at JDC West, the UNBC team faces a number of unique challenges every year, explains Barlow.

“We have the smallest pool of students to draw from, the least number of applicants. We have around 400 students to choose from and build our teams whereas UBC Sauder has around 4,000." he explains. "Based on our business program size alone we shouldn't stand a chance against the other schools. So the very fact that we have consistently managed over the past three years to secure top-three placings is an astonishing feat.”

Another significant hurtle is the travel costs the team faces each year. As Barlow explains, each challenge can be overcome through the hard work, spirit, and dedication of the team members, coaches, alumni and sponsors.

“Our teams have worked incredibly hard this year," he says. "They've committed hundreds of hours, worked themselves to exhaustion, and sacrificed the majority of their free time to juggle full-time course loads with the rigorous requirements of our team. Ben and I have never been more proud of a group of people.”