In 2019, UNBC's research income increased by 42.5 per cent, the largest increase of any university in the undergraduate tier in the latest edition of Canada's Top 50 Research Universities. UNBC also saw its overall ranking increase and moved up places in two categories related to research intensity. 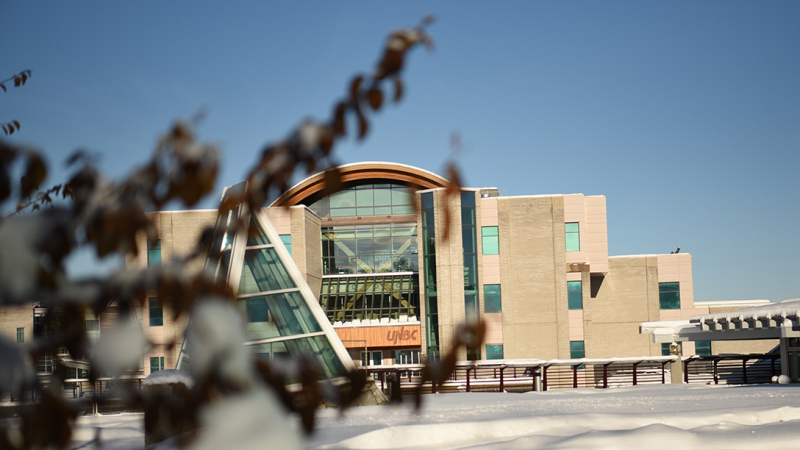 UNBC continues to be recognized as one of Canada's best small research-intensive universities.

Prince George, B.C. – The University of Northern British Columbia saw its research income increase the most of any university of its size in the latest edition of Canada’s Top 50 Research Universities produced by Research Infosource Inc.

UNBC received $12.9 million in research income in the 2019 fiscal year, a 42.5 per cent increase from 2018. It is the largest increase of any university in the undergraduate tier. The nearly $4 million increase helped UNBC jump four spots in the overall ranking to 42nd in Canada, the University’s highest ranking in seven years.

“Through exploration, innovation and partnerships, UNBC researchers continue to make discoveries that advance our knowledge, making significant positive impacts to our society,” says Interim President Dr. Geoff Payne. “The substantial increase in research funding this year is further confirmation of the excellence of our faculty, students and staff who work together to cultivate a pre-eminent research culture.”

“UNBC is committed to being a leader in the integration of research and teaching,” says UNBC Acting Vice-President, Research Dr. Kathy Lewis. “In addition to being innovation scholars, our faculty also foster a highly stimulating research environment for our students at both the undergraduate and graduate level.”

Some of the research highlights from the past year include: