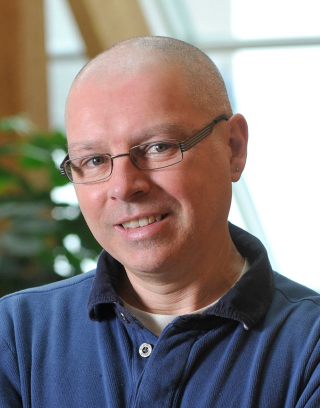 Dr. Déry's research focuses on hydrometeorological processes and their impacts on the surface energy and water budgets in high latitudes/altitudes within the context of climate change. Our research group has expertise and interest in: 1) the fundamentals of meteorology and meteorological monitoring, including weather stations in remote locations and harsh environments; 2) snow physics, particularly redistribution of snow by wind and remote sensing of snow covers; 3) influence of forestry and forest clearance on snow cover, snow melt, hydrology and micro-meteorology; 4) river discharge in BC and the Arctic, its links to large-scale forcing and the impact of local conditions.

Stephen Déry took up his current position as Canada Research Chair in Northern Hydrometeorology upon arrival at UNBC in 2005, and also has appointments in the Environmental Science and Engineering undergraduate and the Natural Resources and Environmental Studies graduate programs. He teaches courses in boundary layer meteorology, storms, as well as snow and ice. He holds three degrees in Atmospheric Science: a B.Sc. and M.Sc. from York University and a Ph.D. from McGill University. Prior to arriving in Prince George, Stephen was a researcher at the prestigious Lamont - Doherty Earth Observatory of Columbia University, New York and also held a Visiting Research Scientist position at Princeton University in New Jersey.

Stephen’s research focuses on the impacts of climate change on Canada’s north. It is well known that the anthropogenic (human-caused) emission of greenhouse gasses such as carbon dioxide and methane has caused the global temperature to rise about 0.5 degrees Celsius during the 20th century, and the temperature increase is expected to be greater this century. The temperature rise in the polar and alpine regions of the Northern Hemisphere is predicted to be greater than anywhere else on Earth. Stephen is investigating the consequences of climate change on the water cycle in these regions. In particular, he is attempting to ascertain what effect hydrometeorological changes will have on the environment in Canada's north, including on snow and ice. A major aspect of this research is to develop a better understanding of the water balance in the Quesnel River basin based on field studies, remote sensing data and numerical simulations.

Apart from his teaching and research, Stephen contributes in many ways to the scientific and university communities as well as the general public. For instance he is currently a member of the science committee of the Canadian Meteorological and Oceanographic Society (CMOS), a member of the editorial board of the Canadian Water Resources Journal and the journal The Cryosphere, and the UNBC representative to the Arctic Consortium of the United States (ARCUS). He also enjoys presenting talks at local service clubs, schools and open forums and routinely conducts interviews (both in French and English) with media on aspects of climate and environmental change.