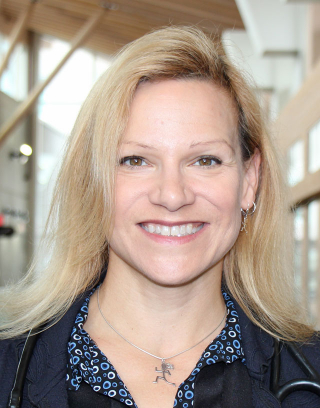 Dr Pettersen was born and raised in Prince George and undertook her first 2 years of post-secondary training (University Transfer Program) at the College of New Caledonia. She completed her BSc Honours degree in Biopsychology and MSc degree in Neuropsychology at the University of Victoria, (major areas of research included hippocampal-based memory, recovery of function after brain damage, and sport-related concussion). Subsequently, she received her MD from the University of Toronto, followed by a Neurology residency with FRCPC designation at the University of Calgary. She then completed a 2-year CIHR and AHFMR-supported clinical research fellowship in Cognitive/Behavioural Neurology, with a secondary interest in Stroke under the auspices of Dr Sandra Black at Sunnybrook Health Sciences Centre, University of Toronto. In 2009, Dr Pettersen became a Tenure-Track Faculty member with the Northern Medical Program and the Division of Neurology, Department of Medicine, UBC and Affiliate Professor, UNBC and was granted tenure and promotion to Associate Professor in 2017. Her time is divided between clinical research, teaching and mentoring, providing input into local and provincial stroke strategy development, and providing clinical care through her role as a Cognitive/Behavioural Neurologist, primarily in the multidisciplinary Memory Clinic at the University Hospital of Northern BC.

Optimizing and promoting brain health and cognition (aka “quality of mind”) is the overarching theme of Dr Pettersen’s clinical and research programs. In this regard, a major avenue of research concerns nutrition and cognition, particularly, the important role of vitamin D in cognition and dementia. Her research has linked insufficient levels of vitamin D to worse cognitive performance, and also suggests that the optimal level for cognition is higher than the sufficiency levels currently recommended for bone health. Her randomized supplementation trial in healthy adults revealed that higher dose vitamin D (4000 IU/d; compared to low dose, 400 IU/d) results in improved visual (nonverbal) memory performance, when given over an 18 week period. This work, published in Experimental Gerontology 2017, garnered much media and social media attention and also earned Pettersen international recognition: the Fritz Wörwag International Medical Research Prize, awarded in Berlin in May 2018. Ongoing work concerns the role of potential mediating factors, such as vitamin D receptor genetics, and current work aims to examine the importance of other nutrients that work in concert with vitamin D. Other areas of research focus have included vascular contributions to brain health/cognition and have involved collaborative studies with colleagues at UBC, the University of Toronto, and UNBC; and exercise in dementia, which is being studied in collaboration with colleagues at UNBC, the University of Waterloo, and Dalhousie University. Dr Pettersen is a Co-Investigator and Site PI for the COMPASS-ND study (pan-Canadian observational study on dementia, conducted by the Canadian Consortium for Neurodegeneration in Aging), Mixed Vascular/Alzheimer’s Study (UBC Investigator-led observational study on vascular dementia, Alzheimer’s and mixed dementias), and the SECRET trial (a UBC investigator-led Canada-wide randomized trial of rivaroxaban versus warfarin in the treatment of cerebral venous thrombosis).