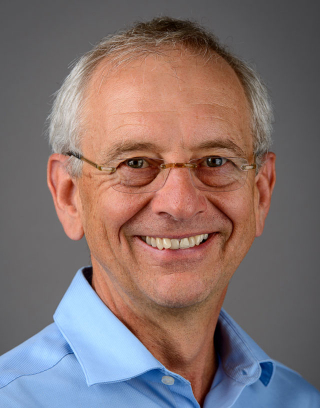 David Snadden is a graduate of the University of Dundee in Scotland and was a full-time rural general practitioner and family resident trainer for 11 years in the Highlands of Scotland. Following further academic training at the University of Western Ontario, where he completed a Master&rsquo;s degree in Family Medicine in 1991, he returned to Scotland and became Senior Lecturer at the Department of General Practice, University of Dundee. During his time in Dundee he helped develop the first integrated postgraduate and undergraduate Department of General Practice in the UK and also completed his Doctoral degree, his thesis explored the use of learning portfolios in general practice training. He became Director of Postgraduate General Practice Education in 1996 and jointly led the integrated department until 2003. David also worked with the teaching hospital sector as Associate Postgraduate Dean where he was responsible for the first year of general residency training, some specialty programs and fitness to practice issues. He is a Fellow of the Royal College of General Practitioners, a Certificant of the College of Family Physicians of Canada and a Fellow of the Royal College of Physicians of Edinburgh. David joined the Northern Medical Program in July 2003 to lead its establishment and development. The distributed medical education model developed in BC was innovative and helped shape similar changes across Canada and internationally. In 2011 he was appointed as Executive Associate Dean Education in the Faulty of Medicine and was responsible for all the educational programs in the Faculty across the Province until his term finished in June 2016. In November 2016 he was appointed to the Rural Doctors&rsquo; UBC Chair in Rural Health, an academic chair endowed by a generous donation from the Rural Doctors of British Columbia through the Doctors of BC and Ministry of Health Joint Standing Committee on Rural Affairs.

My research interests have been mainly in two areas. The first in medical education including learning and appraisal methods using qualitative research approaches. These include some of the early foundational work on learning portfolios in medicine.

In the last ten years most of my publications have been in my other area of interest, rural health, especially in terms of being related to the development of the Northern Medical Program, it's development and it's long term impacts on the access to healthcare in rural areas. I have also been involved in developing better understandings on recruitment and retention policies and practices in rural areas.

My current research activities are focused on Rural Health. I am part of a CIHR project team led by Martha MacLeod in Nursing that is examining partnering for change in primary care in Northern BC and I have also, in the summer of 2016, conducted an interview study of rural physicians focussed on the practice environment, the preparation and support of early career rural physicians and how these elements affect recruitment and retention of rural physicians and the provision of rural health care. This latter work is currently at the stage of in depth analysis. This work will also inform the research focus and of the Rural Doctors’ UBC Chair in Rural Health.