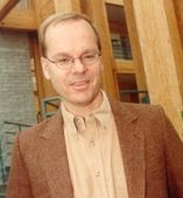 I specialize in the history of ideas, with a special interest in ancient Greek and post-Enlightenment German philosophy.

I am currently completing a book about the history of the idea of creativity, called Reality, Creativity, Discovery. I argue that creativity is an idea that we copied from Christianity and that reality is discovered rather than created.

The reason you should study the history of ideas is that we are the copiers rather than the creators of our ideas, including our ideas of ourselves. For example, if you believe in creativity, you acquired that idea from your culture. Every complex idea has a long cultural history, so to understand yourself, you have to study the history of your culture’s ideas. I can help you do that.

Douglas’ primary research and teaching interests are in comparative North American studies, social and political thought, history and literary/film criticism.  He has taught comparative politics and international relations at the University of Alaska Anchorage, as well as Canadian governance on the federal, provincial and local levels at Lakehead University.  Douglas has also taught modern political philosophy at Carleton University.  He has published in the Canadian Review of American Studies, the American Review of Canadian Studies and the Journal of Family History.  Douglas was also an invited contributor to the two volume anthology series titled Trump and Political Philosophy (Palgrave Macmillan—2017).  He is a recipient of the Rt. Hon. Lester B. Pearson Award of Excellence in Canadian Studies and was a representative of Canada at the 2007 European Union Diplomatic Study Tour.  ​ 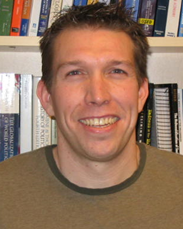 Dr. Lacharite’s principal areas of research include Canadian and comparative public policy, globalization and state taxation, Chinese politics and society, and international security matters.  He teaches comparative politics, Chinese and American politics and government, and parties and elections in Canada. 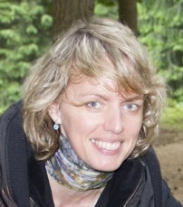 Dr. Loukacheva is an Associate Professor of Political Science at the University of Northern British Columbia. From 2014 to 2019, she held the Canada Research Chair in ‘Aboriginal Governance and Law.’ Prior to joining the Faculty she was a Research Associate at the Munk School of Global Affairs, University of Toronto (2004-2013); the first visiting Fridtjof Nansen Professor of Arctic Studies in Iceland (Norway-Iceland initiative of the Ministries of Foreign Affairs, 2013). She is also an Adjunct Professor at Osgoode Hall Law School LL.M. program on energy and infrastructure, York University (Toronto), a fellow with the Canadian Global Affairs Institute (Ottawa), and an Associate Scientist with the Stefansson Arctic Institute. She was the founding Director of the Graduate Polar Law Program and taught Polar law at the University of Akureyri, Iceland (2008-2010). She holds a Doctor of Juridical Science (S.J.D.) from the Faculty of Law, University of Toronto (Toronto, Canada), a Doctor of Philosophy (law) from the Urals State Law University (Yekaterinburg, Russian Federation), and degree in Jurisprudence LL.B./LL.M. Cum Laude (with distinction) from the Urals State Law University.

Dr. Loukacheva specializes in international and comparative constitutional law, with a research interest in the Arctic. She is the author of The Arctic Promise: Legal and Political Autonomy of Greenland and Nunavut (University of Toronto Press, 2007); the editor and project leader of the first ever Polar Law Textbook, (the Nordic Council of Ministers (NCM), TemaNord 538:2010); of the Polar Law Textbook II, ( NCM, TemaNord 535:2013) and of the Polar Law and Resources book (NCM, TemaNord 533:2015), see:  https://www.norden.org/en all three books won the grant of the highly competitive international Arctic cooperation program of the NCM; special editor of the Yearbook of Polar Law, Vol. 2, 2010 (Martinus Nijhoff Publishers) and guest editor of the Arctic Review on Law and Politics, No. 2, 2012 (Co-Action & Cappelen Dam Akademisk Publishers, Norway http://arcticreview.no/index.php/arctic/index). Since 2012 she has also served as an Associate Editor for the Arctic Review on Law and Politics. In 2014, 2015 and 2018 she was selected as an Arctic politics and law expert and educator for the International Arctic Floating University research expedition which took place on the Northern Sea Route and in 2014 was organized under the auspices of the Arctic Council. In September 2013 she was invited as an Arctic expert-lecturer on the Action Canada expedition to the Northwest Passage on board the Canadian icebreaker CCGS Louis S. St-Laurent. In August 2013 she took part as an Arctic expert in the International Nansen Expedition on the Northern Sea Route. In 2012 she participated as an observer- Arctic expert at the Canadian Armed Forces Operation Nanook in Canada’s Western Arctic. From 2008 to 2018 Dr. Loukacheva chaired an International Thematic Network group on Legal Issues in the Arctic of the Northern Research Forum. 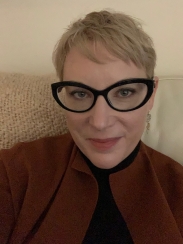 Dr. Fiona MacDonald (PhD UBC) is an Assistant Professor specializing in Gender Politics. Dr. MacDonald co-edited the Finding Feminisms special issue of the Canadian Journal of Political Science (June 2017) which includes her article, “Knocking Down Walls in Political Science: In

Defense of an Expansionist Feminist Agenda.” Her other publications can be found in the journals Hypatia, Citizenship Studies, Constellations, and Canadian Public Administration. Her article “Indigenous Peoples and Neoliberal ‘Privatization’ in Canada: Opportunities, Cautions and Constraints” won the 2012 John McMenemy Prize for the best article published in volume 44 of the Canadian Journal of Political Science. Her co-edited book, Turbulent Times, Transformational Opportunities? Gender and Politics Today and Tomorrow, was published with University of Toronto Press, Spring 2020. She is currently working on research related to the impact(s) of apology following medical error or mistreatment and a co-edited book titled, Feministing in Political Science: A Manifesta for Change. 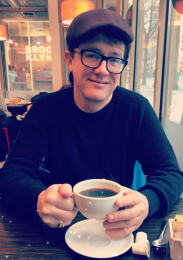 
Jason Morris has been teaching political science at UNBC since 2004, and is also an alumnus. He has worked in many positions in the so-called “real world” of politics and government. As a political scientist, Jason is interested in the politics of health care. He has researched poverty alleviation best practices in developing countries, with a focus on slums in Kenya. He has produced a documentary video on youth voting and political participation and conducts public opinion surveys on political issues. Jason is also a frequent media pundit for UNBC and enjoys playing music.​ 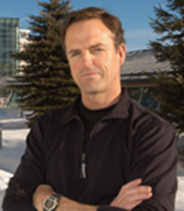 Michael is a Professor in the Political Science Program and an Adjunct Professor in the Natural Resources and Environmental Sciences Program at UNBC. From 2006 to 2015 he held the Canada Research Chair in Comparative Indigenous-State Relations. Michael’s research and teaching interests include the politics of ethnocultural and ethnonational diversity, Indigenous rights and governance, democracy and democratization,ethics and public affairs, and the philosophical and political linkages between freedom and well-being. 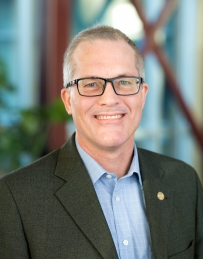 Dr. Gary Wilson
Professor and Department Chair
BA (Hons) in Political Science (Carleton); MA in Russian and East European Studies (Toronto); PhD in Political Science (Toronto)
Office:  ADMIN 3066
Tel:       250-960-5514
Email:  gary.wilson@unbc.ca
My research and teaching examines the remarkable resiliency and adaptability of regions and communities in the face of the powerful forces of global change.  My work on Arctic politics and governance explores the multidimensional relationships that exist between Inuit regions and governments and organizations at the provincial, national and international levels.  My latest book, Nested Federalism and Inuit Governance in the Canadian Arctic (UBC Press – 2020), analyzes the political and institutional development of Nunavik, Nunatsiavut and the Inuvialuit Settlement Region, three autonomous Inuit regions in northern Canada.  I am also interested in the ways that small island jurisdictions, such as the Isle of Man and the Channel Islands in the British Isles, are protecting and revitalizing their Indigenous languages and cultures in a world that is becoming increasingly homogenized.  Closer to home, I study the impacts that global processes and changes are having on communities across northern British Columbia and other parts of the Canadian provincial norths.
​​​​​

I currently serve as the President of the Association of Canadian Universities for Northern Studies (ACUNS) and I am a Council Member of the International Arctic Social Sciences Association (IASSA).  I am also the Lead for the University of the Arctic’s Thematic Network on Arctic and Northern Governance and a founding member of the University of the Arctic’s Læra Institute for Circumpolar Education.  For more information see: https://www.unbc.ca/people/wilson-dr-gary 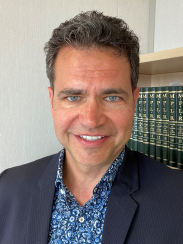 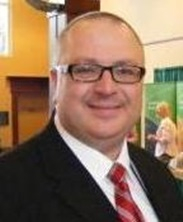 Dr. Alberto De Feo
Adjunct Professor
B.Sc. (Taranto - Italy), PhD (Camerino - Italy)
Email:    Alberto.DeFeo@unbc.ca
Alberto De Feo has a 30-year career in local government which began as CAO in Italy and currently involves serving as CAO for the District of Lake Country.  Alberto joined the UNBC Political Science Department in 2009 as an Adjunct Professor and teaches courses in local government administration, services, ethics, leadership, and project management.
Very active in both his professional and academic life, Alberto has served as President of the LGMA and the Association of Records Management Administrators of BC and Yukon; as member of the Federation of Canadian Municipalities (FCM) Tsunami Recovery Committee; and while with the Township of Langley, managed an FCM capacity-building program with the City of San Fernando La Union in the Philippines. Alberto has earned facilitator certifications with Franklin Covey and Cognitive Edge, and continues to foster his interest in personal education and professional development. He is currently serving as President of CivicInfo BC. 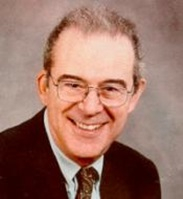 Alex is a Professor Emeritus with the Political Science Department.  He has published 23 books and over 95 refereed articles, and founded or co-founded 6 scholarly journals. He is the President of the Canadian Commission for UNESCO’s Sectoral Commission on Natural, Social and Human Sciences, and a past President of Academy II (Humanities and Social Sciences) of the Royal Society of Canada, and of the International Society for Quality of Life Studies. He has won several awards of distinction, including the:
•Gold Medal for Achievement in Research (2004) from the Social Sciences and Humanities Research Council of Canada (the Council’s highest honour);
•Award for the Betterment of the Human Condition (2003) from the International Society for Quality of Life Studies;
•Vincentian Ethics Scholar Award (2002) by the Vincentian Universities of the USA;
•Award for Extraordinary Contributions to Quality of Life Research (1996) from the International Society for Quality of Life Studies;
•Secretary of State’s Prize for Excellence in Interdisciplinary Research in Canadian Studies (1984);
•British Columbia Political Science Association Lifetime Achievement Award (2005);
•Honorary Doctor of Letters from Thompson Rivers University, B.C. (2005); and
•Deryck Thompson Award for Community Social Planning (2006) from the Social Planning and Research Council of B.C.