The QRRC is located in the Quesnel River Basin (QRB), one of several truly extraordinary watersheds in BC's Interior.

For scientists interested in links between landscape, ecology and climate, the watershed offers a transect from the relatively dry spruce forests of the Fraser Plateau, through the foothills of the Interior Cedar-Hemlock and Engelmann Spruce / Sub-Alpine Fir BEC Zones, to the uplands of the Cariboo Mountains, the 'water-towers' of the Upper Fraser Watershed, where extensive areas of ice still survive. Lakes and rivers, forests and range, lowlands and mountains are all to be found in close proximity. 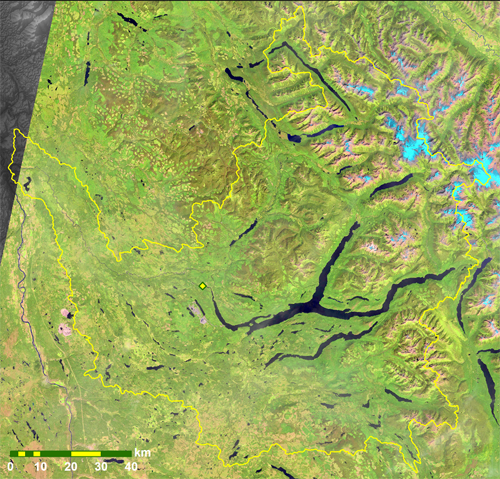 A false-colour image of the QRB taken by Landsat 8's
Operational Land Imager (OLI), on 19th August 2016.
The centre's location is marked by the yellow diamond.

The QRB spans four of the fundamental units of BC's deep structural geology - from east to west, the Cariboo (Cassiar), Kootenay, Quesnellia and Cache Creek terranes. Sedimentary, volcanic, intrusive and metamorphic formations are represented from the Neo-Proterozoic (~1000 - 541 million years), through the Palaeozoic and Mesozoic, to the Cenozoic (see map). A list of all distinct units, together with brief descriptions, is available for download in Excel and Adobe Acrobat formats.

Along with forestry, agriculture and recreation, mining for a range of metals remains an important component of the area’s economy today. In August 2014, a breach of the tailings-pond dam at the Mount Polley mine released some 25 million cubic metres of slurry down Hazeltine Creek into Quesnel Lake: subsequent remediation work, and research into potential impacts on freshwater ecology and aquatic geochemistry, continue to be studied from the QRRC within a major project supported by the federal Environmental Damages Fund.

Information about the three main communities within the QRB is provided by the web-sites of Likely, Horsefly and Big Lake Ranch. Williams Lake is the nearest city to offer a more extensive range of services.

The following maps provide summaries of the watershed's topography, land-cover, ecological zones and geology. More information about the datasets from which they were derived is available on the page covering data support. 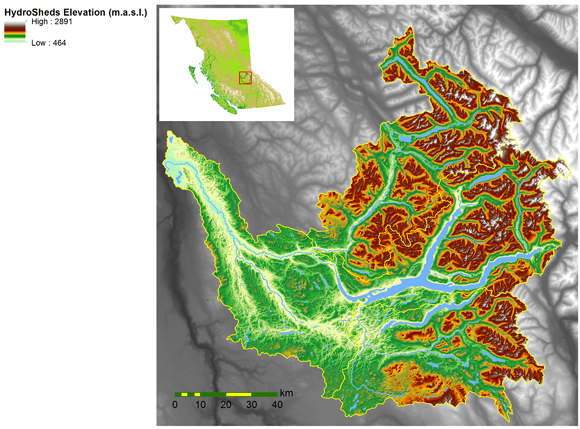 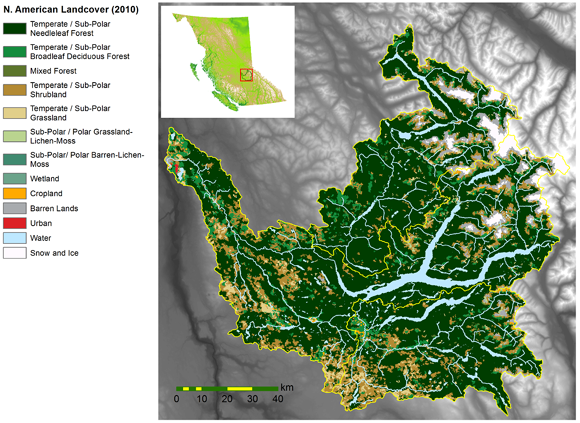 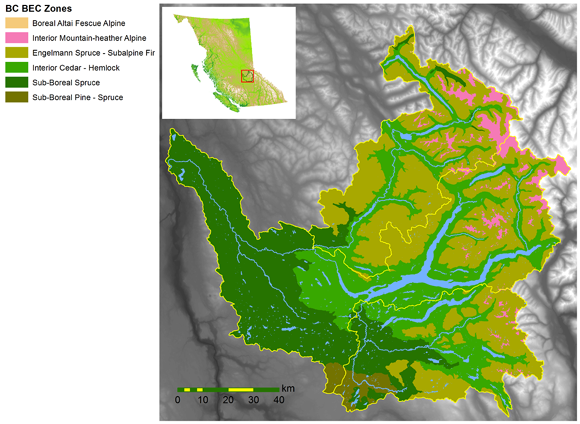 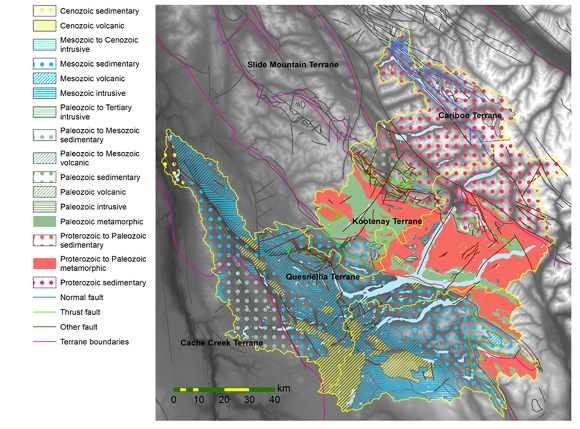 Principal geological units of the QRB, from the BC Geological Survey's BC Solid Geology spatial dataset.
(Full-size version - 1.9 mb)

Arsenault A. and Goward T. (1999) Ecological Characteristics of Inland Rain Forests Proc. Biology and Management of Species and Habitats at Risk, Kamloops, BC, 15-19 February 1999 pp. 437-440