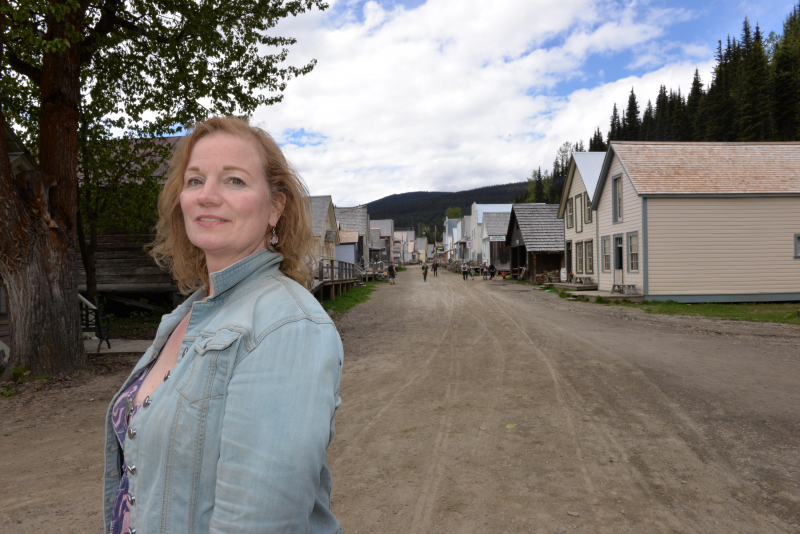 Prince George, BC - British Columbia is and always has been home to many cultures, something UNBC students learned during a course taught at one of the province’s most important historic sites.

For the seventh summer, history professor Jacqueline Holler has conducted a course in Barkerville, where the past comes alive through costumed interpreters and preserved buildings from the Cariboo Gold Rush era.
Barkerville was founded in 1862 and named after Billy Barker, a gold miner from England who was one of the first to strike it rich. The population boomed in the following decades, becoming the largest city north of San Francisco and west of Chicago, but slowly declined as the gold ran out. British Columbia made Barkerville a historic site in 1958, and today it is home to more than 100 historic structures, and a museum that holds 187,000 artefacts and photos from the town’s storied past.

“It’s a way of bringing the classroom experience to the whole world,” says Holler. “I think students get an appreciation from experiential learning that what they learn in the classroom is actually the stuff of life. They can now go on and interpret history in a new way.”

Holler says many of her students, including those from BC, knew little about Barkerville before joining the course, despite the fact it played such a large role in the history of the province. “It’s where it all began,” she says. “It’s the heart of who we are as British Columbians. It’s the stuff that made BC what it is.”

Devin McMurtry, a history major in his fifth year at UNBC, was one of the students who took History 407 this summer. It was his first experiential learning course. 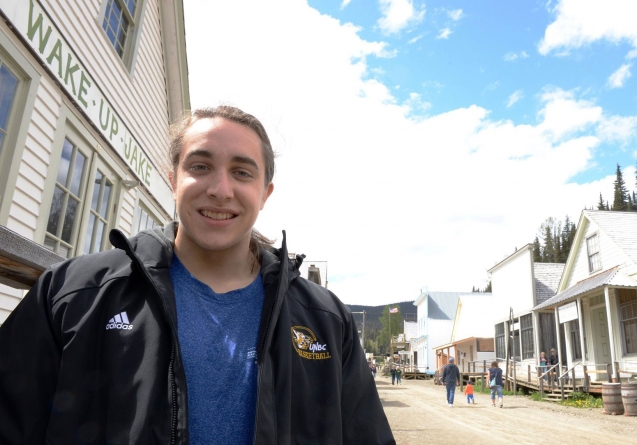 “I was excited to take a summer course that wasn’t inside,” he says. “Students are always complaining about sitting inside a classroom on beautiful summer days, and to come out to Barkerville and be able to hike and walk down these 150-year-old streets while you’re studying is a pretty cool experience.”

The focus of the course was on gender, class and ethnicity, and McMurtry says he was surprised to learn that even in the 19th century, BC was a crossroads of cultures, as people from many different backgrounds came to seek their fortune.

“I think it helps me know a little bit more about the province I live in,” says McMurtry. “I didn’t know anything about Barkerville until May. I understand why BC is the way it is today, largely because I came to Barkerville this year. It’s opened my eyes.”