Prince George, BC – The University of Northern British Columbia’s 25th Anniversary year reached a rousing climax with a community gathering that celebrated the University’s founding and its many achievements, while charting a course for its future.

“UNBC’s 25th anniversary has been a valuable opportunity to celebrate our unique history, while also examining the difference this University has made across Northern BC, Canada, and the world,” says UNBC President Dr. Daniel Weeks.

More than 300 people gathered at the Charles Jago Northern Sport Centre for the 25th Anniversary Community Celebration: The Founding and the Future. The event featured an inspiring series of presentations, beginning with a presentation by Dr. Tracy Summerville, chair of the 25th Anniversary Steering Committee, explaining the significance of the three axes upon which UNBC’s Prince George campus is built.

The event featured a number of additional presentations: 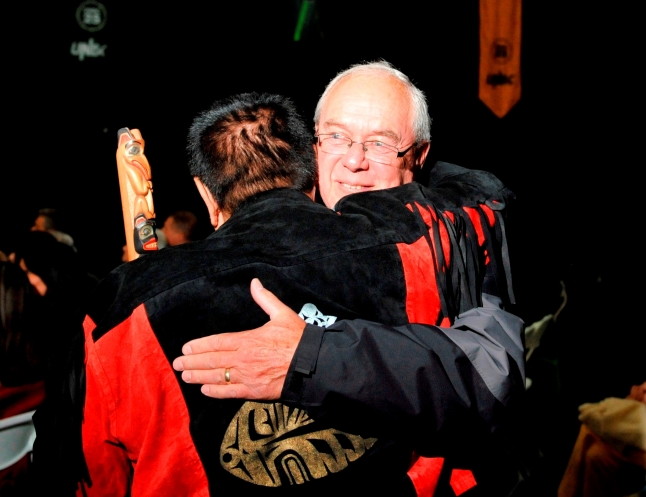 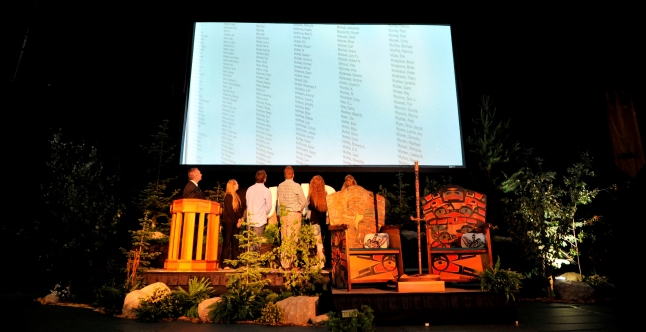 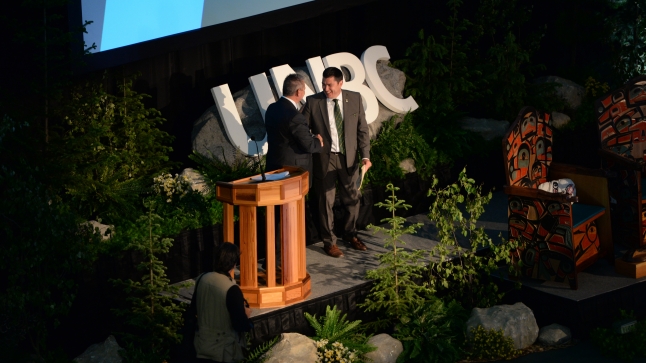 “This year has been filled with memorable moments for the UNBC community, and projects such as the one to honour the 16,000 petition signers and the planting of 16,000 trees across Northern BC will leave behind a legacy for many years to come,” says Tracy Summerville, Chair of the 25th Anniversary Steering Committee. “I offer thanks to the 25th Anniversary Steering Committee, UNBC’ s students, faculty and staff, and everyone else who helped make the 25th anniversary of UNBC such an outstanding success.”

The year began with a kick-off celebration on Sept. 2, 2014, that featured a symbolic tree planting by founders, current students, and UNBC daycare children. The kick-off was followed by a series of public events that catered to founders, current and former staff and faculty, students, alumni, and members of the larger community.

“Today we’re pivoting into our next quarter century, and imagining a future for UNBC based on leadership, excellence, and engagement,” adds Dr. Weeks. “Congratulations to everyone who played a role in making our 25th anniversary so special.”