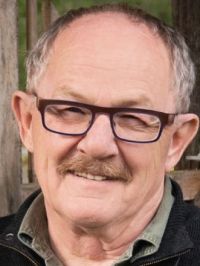 Patrick Lane’s literary career is one that spans 50 years and in that time he has given a powerful voice to the working men and women of B.C. and has profoundly shaped the literature of Canada through his 26 volumes of poetry, a novel, short stories and a memoir, establishing himself as a brilliant, beloved teacher and strong support of B.C.’s emerging writers.

His achievements include the Governor General’s Award for poetry, the B.C. Lieutenant Governor’s Award for Literary Excellence, the B.C. National Award for Canadian Non-Fiction, the 2012 Queen’s Diamond Jubilee Award, Doctor of Letter, Honoris Causa from UBC-Okanagan, and the Order of Canada (Officer).

With no formal education beyond high school, Patrick Lane worked as a truck driver, cat skinner, chokeman, boxcar loader, and industrial First-Aid man in the Northern B.C. bush while teaching himself to write poetry late at night.

Dr. Leroy Little Bear is a lawyer who was born and raised on the Blood Indian Reserve in southern Alberta. He has been an active participant in reclaiming Indigenous voices and self-determination. He believed his education was not just for him, hence one of his goals was to graduate as many Aboriginal students as possible. He has more than achieved this goal.

He has served on different committees, commissions and the Task Force on the Criminal Justice and Its Impact on Indian and Metis Peoples of Alberta. His work titles, “A Concept of Native Title,” was cited in the Canadian Supreme Court. 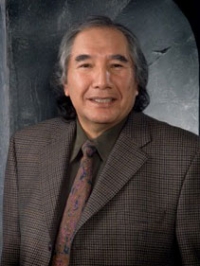 Dr. Little Bear graduated from the University of Lethbridge with a BA in 1971. He continued his studies at the College of Law, University of Utah and graduated with a Juris Doctor degree in 1975.

Dr. Little Bear’s chapter in the book, edited by Marie Battiste in 2009, has been instrumental in informing academia about colliding world views and the Aboriginal philosophy. His contribution to the academic world has been instrumental in shifting paradigms about Aboriginal knowledge and philosophy. His work is an inspiration for Indigenous students both in Canada and other parts of the world.

In addition to the ceremony in Prince George, UNBC is scheduled to hold convocation ceremonies in Gitwinksihlkw on May 30, Terrace on May 31, Quesnel on June 2 and Fort St. John on June 3.