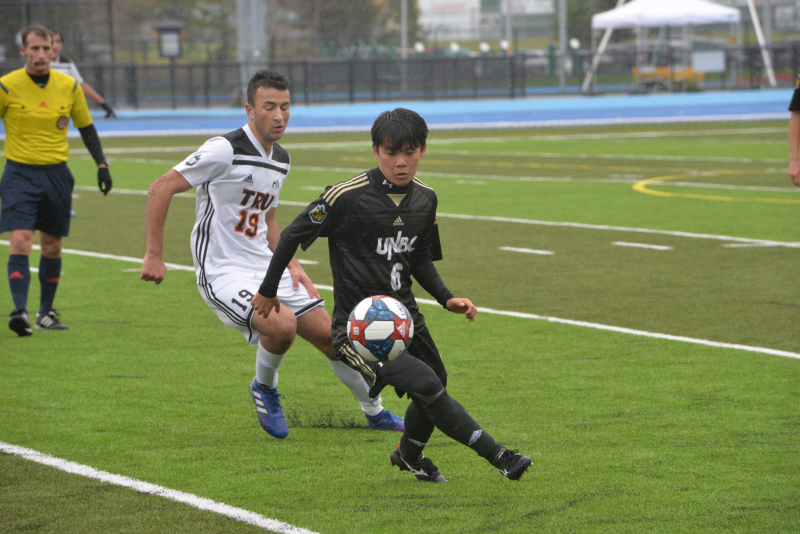 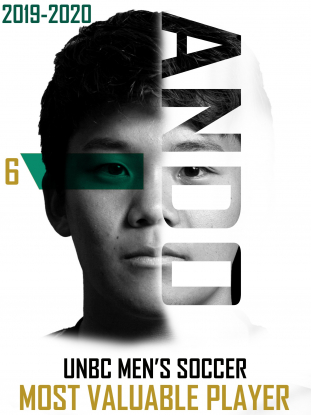 In his first season wearing a UNBC kit, midfielder Kensho Ando was named UNBC Men’s Soccer Most Valuable Player for his work in the 2019-2020 Canada West campaign. The native of Tokyo, Japan played nearly every minute of every game, becoming a fan favourite for his ability to win balls all over the pitch, and create scoring opportunities for he and his teammates.

Coach Steve Simonson: “Kenny arrived in Prince George and immediately established himself as a tremendous addition to our program on and off the pitch. He is tremendous with the ball at his feet, he looks to get his teammates involved, he plays the entire park, and he is a dangerous player. I am excited to see what he does next season, and am proud of him for earning this award from his fellow Timberwolves.” 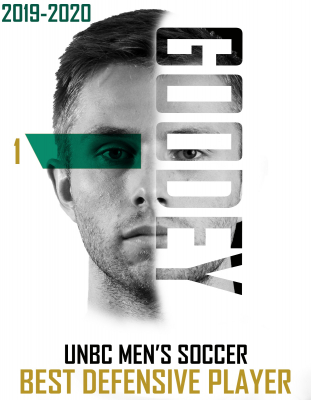 Rob Goodey’s 2019-2020 season was one to remember, as he became the first goalkeeper in Timberwolves history to be named a Canada West all-star. A tremendous shot-stopper, the veteran keeper was crucial in UNBC’s contention for the conference playoffs.

Coach Steve Simonson: “Rob had a stellar season with us. Receiving that recognition as a Canada West All-Star, and now defensive player of the year for the Timberwolves is a just reward for what we have seen day in and day out at training.” 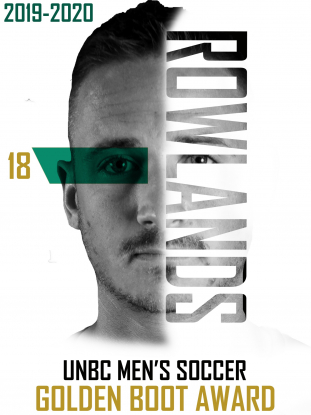 Whenever he was on the pitch, Stu Rowlands was a threat to score. His five goals paced the Timberwolves, made all the more impressive by the fact that he often played limited minutes. A physical, intimidating attacker, Rowlands has moved into fourth on UNBC’s all-time goal list, despite playing just two seasons.

Coach Steve Simonson: “Stu’s impact on the offensive end of the field was huge for us this year.  Due to injury concerns he had a limited role and still managed to be a major scoring threat.  Once he is fully healthy, we anticipate even greater things to come.” 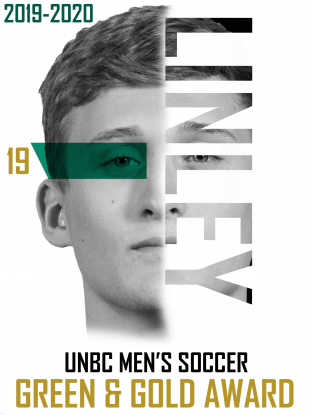 This award honours the player who represents the values of the TWolves program on and off the pitch, exemplifying teamwork, community, commitment, and academics. Mitch Linley is a multiple-time Academic All-Canadian, a member of the Timberwolves Student Athlete Society, and a passionate, hardworking teammate, who figures to play a key role for UNBC for years to come.

Coach Steve Simonson: “Mitch is a very worthy recipient of the Green and Gold Award.  We praise the values of what it means to be a Timberwolf, and Mitch epitomizes this day in and day out.  I think it is a great honour to have your teammates recognize you for your service to the program.”