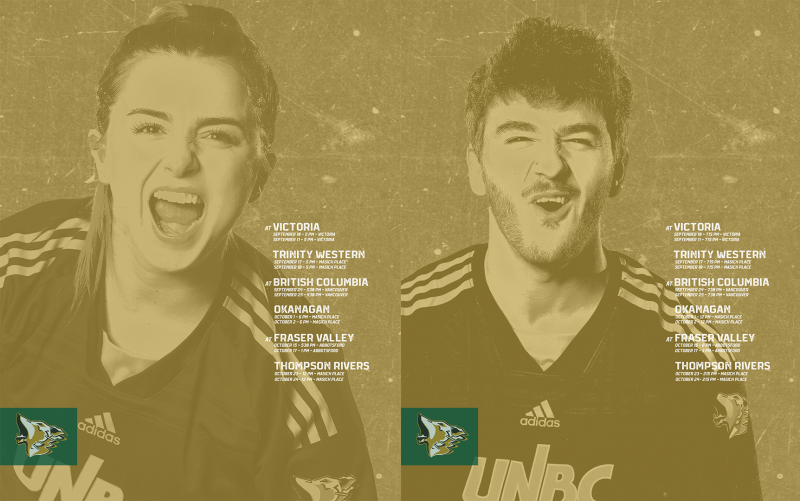 VANCOUVER - The 2021 Canada West soccer schedules were unveiled Tuesday as the conference continues to release its plans for the upcoming season.
This fall, women's soccer will be the first sport to take to the field as a pair of crosstown matchups get the conference season underway on September 4.
The defending conference champion Calgary Dinos will visit the Mount Royal Cougars, while further north, the MacEwan Griffins will play host to the Alberta Pandas in Edmonton.
The following weekend, September 10-12, sees the rest of the conference play their first matches with 14 games on the weekend slate.
The men's soccer schedule opens September 10 with a trio of games. Three-time defending conference champion UBC will head to Kamloops to take on Thompson Rivers, UNBC travels to Victoria, and UBC Okanagan visits Trinity Western in a Friday night triple-header.
All men's teams are in action by September 24-25 with a busy 12-match weekend. The 2021 CW regular season concludes for both the men and women on October 24.
As announced by the Canada West on May 5, an alternative format will be used for the 2021 season. The one-year adjustment divides women's soccer schools into three regional divisions: Pacific (B.C. schools), Mountain (Alberta schools) and Prairie (Saskatchewan & Manitoba schools). All teams will play 12 games within their division. The men's side retains its traditional Prairie and Pacific divisions and will also play a reduced schedule of 10-12 games within the division.
The women's quarter-finals will feature two Prairie division teams, two Mountain division teams, three Pacific division teams and a wildcard from either the Mountain or Pacific division. The top four women's teams will then head to the Canada West Final Four November 5-7 at the highest remaining Pacific division seed.
On the men's side, the top four teams in both the Prairie and Pacific divisions will qualify for the quarter-finals. The top remaining Prairie seed will host the men's Final Four November 5-7.
Cape Breton will host the 2021 U SPORTS Women's Championship, while the top men's teams in the country will head to Ottawa for the U SPORTS Men's Championship hosted by Carleton. Both national championships are set for November 18-21.
For fans looking to watch the action in 2021 Canada West TV presented by Co-op will be able to buy passes beginning in August when 2021-22 packages go on sale to the public.
UNBC Women's Soccer