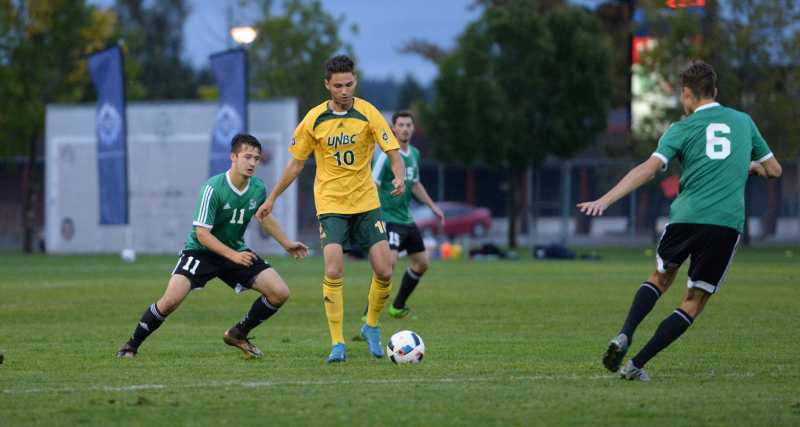 The Awards were presented by Gordon Hogg, Parliamentary Secretary for Youth Sport during a formal celebration held at the Prince George Native Friendship Centre. The Northeast is the first of the Aboriginal Sport, Recreation and Physical Activity Partners Council’s six regions to honour Aboriginal athletes through this prestigious province-wide awards program.

The Aboriginal Sport, Recreation and Physical Activity Partners Council, in collaboration with the Province of British Columbia, launched the regional nomination process in September 2016, receiving more than 130 nominations from across the province for Aboriginal athletes under 25 years of age who have achieved excellence in performance sport, are regarded for their leadership qualities, committed to higher education, and recognized as community role models both on and off the field of play.

“On behalf of the Government of B.C., congratulations to the 2016 recipients of the Premier’s Awards for Aboriginal Youth Excellence in Sport for the Northeast region,” said Gordon Hogg, Parliamentary Secretary for Youth Sport to the Minister of Community, Sport and Cultural Development. “The success of our young athletes is a source of pride for their communities and the province as a whole. I commend these exceptional athletes whose hard work, dedication and achievement in their sports inspire us all to strive for our very best in all that we do.”

“This is an important evening for the Northeast,” said Ken Edzerza, Northeast Regional Lead for the Aboriginal Sport, Recreation and Physical Activity Partners Council. “It marks the first time we have gathered our communities to honour our youth athletes and celebrate their successes. The Premier’s Awards recognize our young people who are leading by example and giving back in a big way to their sport and communities.”

These Regional recipients automatically serve as nominees for the Provincial Awards. A total of 12 Provincial Awards (six male and six female) will be selected in January. Provincial recipients will be presented with their award at Gathering our Voices National Aboriginal Youth Conference in Kelowna March 21 - 24, 2017.