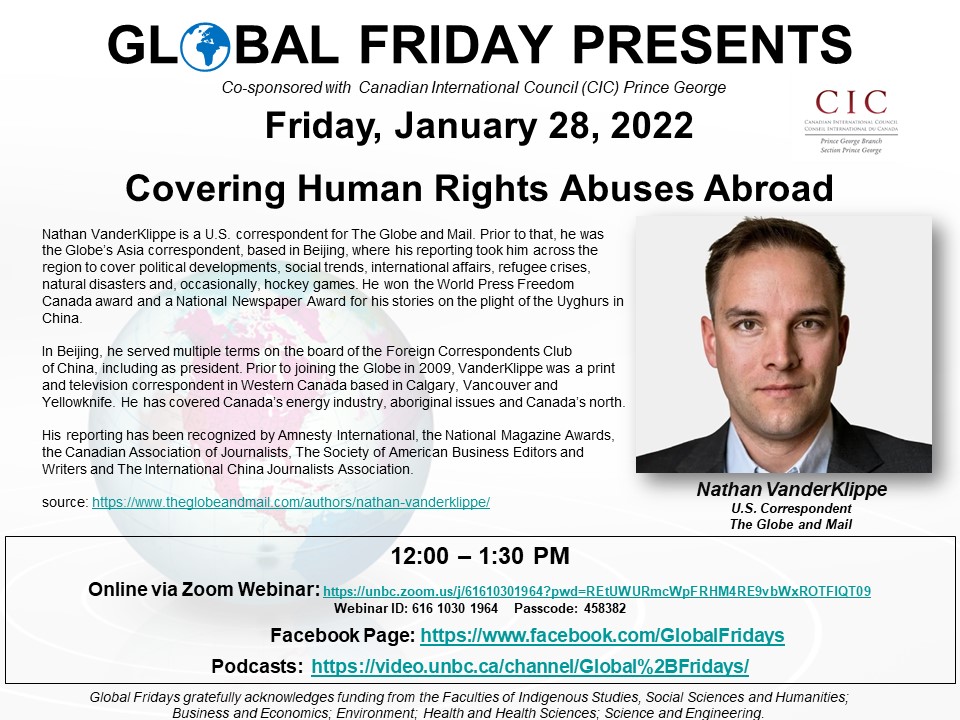 SPEAKER'S BIO: Nathan VanderKlippe is a U.S. correspondent for The Globe and Mail. Prior to that, he was the Globe’s Asia correspondent, based in Beijing, where his reporting took him across the region to cover political developments, social trends, international affairs, refugee crises, natural disasters and, occasionally, hockey games. He won the World Press Freedom Canada award and a National Newspaper Award for his stories on the plight of the Uyghurs in China.

In Beijing, he served multiple terms on the board of the Foreign Correspondents Club of China, including as president. Prior to joining the Globe in 2009, VanderKlippe was a print and television correspondent in Western Canada based in Calgary, Vancouver and Yellowknife. He has covered Canada’s energy industry, aboriginal issues and Canada’s north.

His reporting has been recognized by Amnesty International, the National Magazine Awards, the Canadian Association of Journalists, The Society of American Business Editors and Writers and The International China Journalists Association.