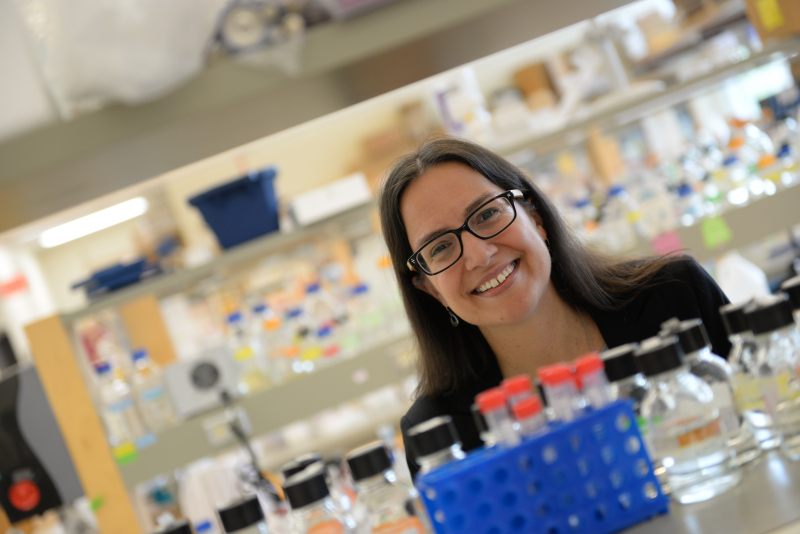 Dr. Nadine Caron, an affiliate UNBC faculty member with the Northern Medical Program, is leading a project to establish a biobank that will be the first of its kind in B.C.

Northern BC is welcoming the first biobank project of its kind in the province. The special project was announced on Monday, April 18 at UNBC by Shirley Bond, MLA for Prince George-Valemount, on behalf of Health Minister Terry Lake.

Led by Dr. Nadine Caron, affiliate UNBC faculty member, Northern Medical Program and Associate Professor, UBC Department of Surgery, the Northern Biobank Initiative Phase 2 aims to improve access for B.C.’s northern population to participate in, and reap the benefits of clinical and genomic research that will focus on community-specific research questions that can impact disease prevention, diagnosis, and treatment. Initial areas of focus will likely include colorectal, breast and thyroid cancer with the capability to add other complex diseases.

"As we move forward with our comprehensive technology strategy, it’s clear that British Columbians continue to learn and benefit from research going on in their home communities," said Minister Lake. "And now, the North has an opportunity to learn from on-the-ground work being conducted to identify health impacts over the long term.”

A biobank is a collection of biological samples, such as blood and tissue. These samples, along with associated health information, are collected with donor consent under stringent ethical guidelines.

“Having a local biobank means that people of the North can keep pace with and benefit from the rapid advances being made in precision medicine," said Dr. Caron, who is also Co-Director, UBC Centre for Excellence in Indigenous Health and a scientist with the BC Cancer Genome Sciences Centre. "This project will allow us to optimize our understanding of our northern and Indigenous patient populations and inform the approaches best suited for our communities. It will also better enable Northern BC to contribute to large-scale research happening across the province and nationally.”

“The future research generated through this ongoing project will have a unique and lasting impact on the health of residents in Northern B.C. and beyond,” said UNBC President Daniel Weeks. “Through this new biobank, Dr. Caron, together with fellow researchers, will be able to pursue leading research into the prevention and treatment of diseases prevalent in Northern populations and environments.”

The project is part of Genome British Columbia’s User Partner Program. UNBC is the lead academic institution managing the research administration for the $1.25 million project, which is being funded in equal parts by Genome British Columbia, Northern Health, the First Nations Health Authority, Provincial Health Services Authority (BC Cancer), and the BC Cancer Foundation. The BC Cancer Foundation fully funded the first phase of the biobank project.