Dr. Kathy Lewis is a Registered Professional Forester, acclaimed researcher, and a founding faculty member at UNBC who is well-respected amongst her peers, students and colleagues. She also serves as the University’s Acting Vice-President for the Office of Research and Innovation. Last week, the Canadian Institute of Forestry (CIF) granted her its Canadian Forestry Scientific Achievement Award. 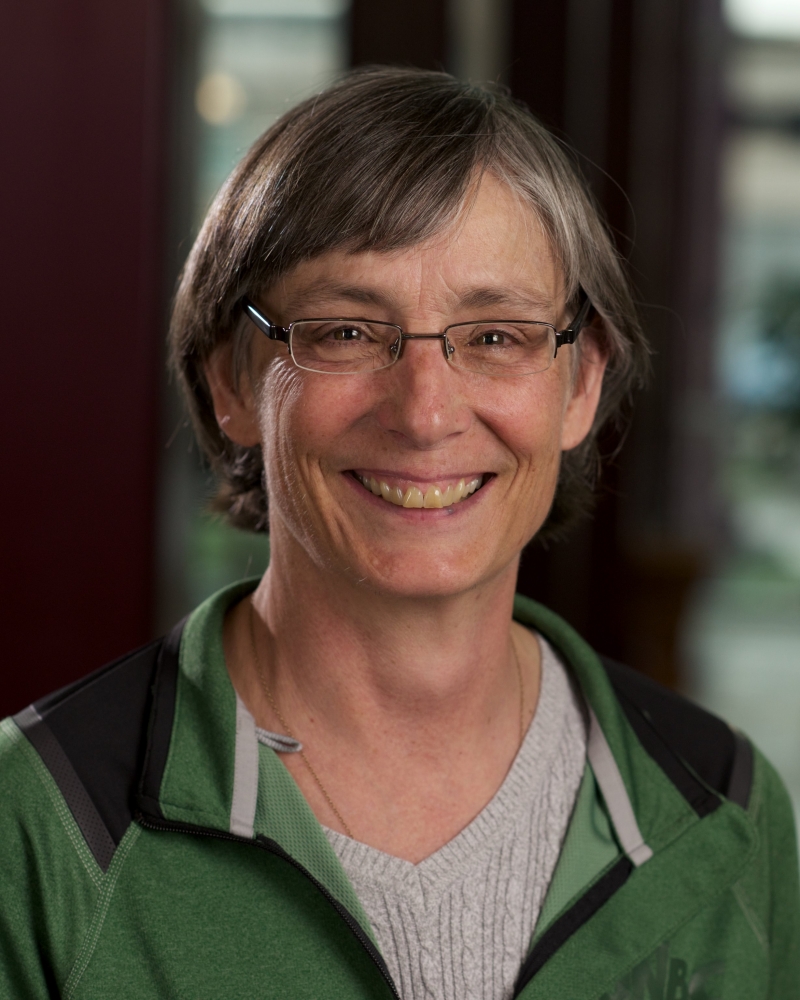 Dr. Kathy Lewis is a Registered Professional Forester, acclaimed researcher, and a founding faculty member at the University of Northern British Columbia who is well-respected amongst her peers, students and colleagues. She also serves as the University’s Acting Vice-President for the Office of Research and Innovation.

The CIF Canadian Forestry Scientific Achievement Award recognizes those who have made “innovative and outstanding achievements in forestry research in Canada. Recognition can be for developing new practices, process or techniques, or for demonstrating the practical applications of research in forestry. The award has the objective of encouraging innovation, exploration, application, and excellence in forest research.”

“The best part of my job as a researcher and professor are the opportunities I have to work with UNBC colleagues, government and industry colleagues, and students,” says Dr. Lewis. “To be nominated for this award by my colleagues, therefore, means a lot to me. I believe that forest practitioners have a significant role to play in advocating for forests and sound forest management practices. As the CIF has done so much to promote public awareness of forests and forestry, I feel very honoured to be recognized by this group.”

Ed Morrice, who recently retired from a successful career as an instructor and chair in the Natural Resources and Forestry Technology program at the College of New Caledonia, nominated Dr. Lewis for the CIF award. UNBC subsequently supported Morrice’s nomination.

Morrice first worked with her when she taught a forest pathology course at the college.

He says he nominated Lewis for various reasons, including her quiet contributions to forestry in Prince George as a member of the Association of BC Forest Professionals.

“She is respected by students and forest practitioners locally but across B.C. because of her love of teaching and connecting with undergraduate and graduate students, but also with her contribution to the practice of professional forestry,” Morrice says.

“She quietly leads, is always humble (she is Kathy Lewis, not Dr. Lewis) but is a major influencer. Because she doesn’t ‘toot her own horn’ is all the more reason she should be recognized.”

Morrice adds that because the award recognizes the significant scientific contribution and at a national scale, Dr. Lewis’ local work might not attract a lot of national excitement.

“But we didn’t have to dig very deep to come across how Kathy’s research work had a national impact. That was her participation as an expert in the national softwood lumber dispute.”

“She is a BC Registered Professional Forester, and is also a long-term member of the Canadian Institute of Forestry. She has had recognitions from all points on the compass, but this is a first from the CIF and reflects a body of work over a long career that has influenced forestry not only locally, provincially, but nationally,” Morrice says. “It’s important that these quiet but significant contributions are recognized publicly.”

Dr. Lewis championed UNBC’s Forestry program since 1993 when it was first offered as a major under the Bachelor of Science Natural Resources Management program.

The Forestry degree was rebranded into the Forest Ecology and Management degree. Dr. Ken Otter, a biologist and chair of the Department of Ecosystem Science and Management says it was an active decision to highlight the University’s approach to teaching forestry and to embed the industry within the larger context of managing the ecosystem.

“When we had the accreditation review, the review team commented that Kathy was a large driver of that ideology during the 2000s at the national level with groups such as the CIF and Association of University Forestry Schools of Canada,” says Dr. Otter. “UNBC has taken that approach to forestry since the beginning.”

And that’s exactly why, Dr. Otter says that he and UNBC’s senior administration supported Morrice’s nomination for Dr. Lewis to receive the CIF award.

Dr. Otter says Dr. Lewis was one of the lead voices who helped drive a new view of building the industry into the larger management of ecosystems for the multitude of services that forests provide. It’s the foundation that the University’s Forest Ecology and Management degree is built.

“She also continues to serve as a role model for a profession that was largely male-dominated,” he says. “It is encouraging to see that influence on the gender representation in our Forest Ecology and Management degree, which consistently has one of the highest proportions of female students amongst the forestry-accredited institutions in Canada.

“Kathy’s impact on forestry and the forest policy in Canada continues to impress me – through our recent accreditation process and all the dealings I now have as chair of ESM, I am awed at the external respect she inspires and the role this has had on having our forestry degree so well thought of.”