Marcel Gagnon is an accomplished artist and Lheidli T’enneh Elder who is dedicated to sharing knowledge and understanding surrounding his cultural teachings, and was instrumental in bringing the Indigenous Court System to Prince George. He'll receive an honorary Doctor of Laws degree at UNBC's 2021 virtual Convocation on June 25. 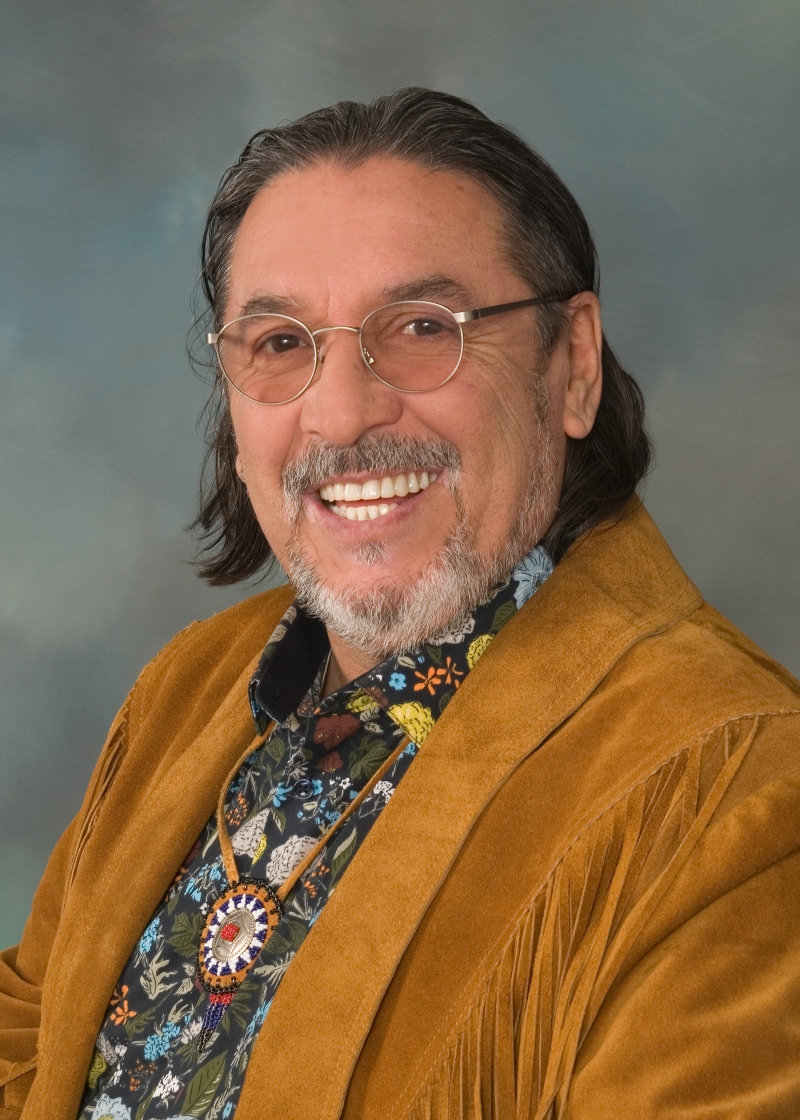 Prince George, B.C. – Marcel Gagnon, an Elder and accomplished artist from the Lheidli T’enneh Nation, is slated to receive an honorary Doctor of Laws degree during the virtual 2021 convocation at the University of Northern British Columbia on June 25.

Gagnon belongs to the Beaver Clan and, despite his own challenges with Fetal Alcohol Spectrum Disorder, has been a tireless advocate for those who endure the symptoms of the disorder.

In addition to his work as an FASD advocate, Gagnon has worked as an addictions counsellor, and has worked with men in the corrections system for nearly 20 years. As an Elder he has been dedicated to sharing knowledge and understanding surrounding his cultural teachings, and was instrumental in bringing the Indigenous Court System to Prince George.

“It’s a great honour to be selected to receive this honorary doctorate. I accept and share this honor in the name of my dear mother Margaret Gagnon,” said Marcel Gagnon.

As an artist, he has released four studio albums, two of which received Juno award nominations. He has developed and performed the autobiographical play The Drum is Calling You Home.

Since 2018, Gagnon has served as UNBC’s Elder in Residence, where he regularly shares his many gifts and talents with students, faculty and staff.

He lives off the grid in a cabin on a lake north of Prince George and is currently working on his memoir.

Gagnon will receive his Honorary Doctorate at the College of Arts, Social & Health Sciences ceremony at 9:30 a.m.