A UNBC Athletics video featuring men's basketball player Tyrell Laing won the Council of Advancement and Support of Education grand gold awards for video on shoestring and the new opportunity and inclusion special recognition category. Laing approached UNBC about producing a video so he could share his thoughts and personal experiences about Black Lives Matter. 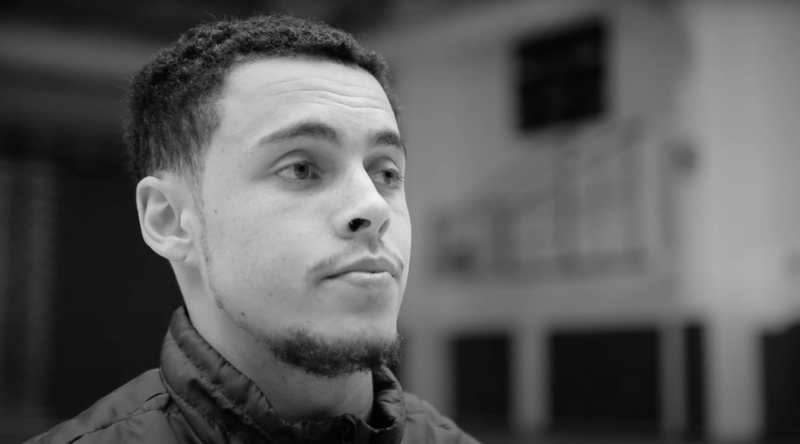 UNBC student-athlete Tyrell Laing spoke out about racism in our community and Black Lives Matter in an award-winning video produced by UNBC's Athletics department.
Last June, in a video shared on the UNBC Athletics social media accounts, men’s basketball student-athlete Tyrell Laing shared his Black Lives Matter story.
In the four-and-a-half-minute video titled Black Lives Matter: A Student's Plea To Be Seen, Heard, Tyrell spoke about the racism he has experienced in Prince George. He urged everyone to do their part and have the difficult conversations necessary to end the scourge of racism.
The powerful video sparked important discussions at the time of its release. This month it won two Council for Advancement and Support of Education (CASE) District VIII grand gold awards, one for best video on a shoestring and the first ever grand gold in the newly created opportunity and inclusion special recognition category.
“These awards recognizes Tyrell Laing’s courageous decision to speak out against anti-Black racism and publically share his personal experiences so we can listen, learn and each of us commit to action,” says UNBC Interim President Dr. Geoff Payne. “It is imperative that we listen to Tyrell and other anti-racism advocates at UNBC as well and take the necessary steps to ensure UNBC is a safe and inclusive campus for all. Tyrell highlights we have to make change!”
CASE District VIII represents post-secondary institutions across the Pacific Northwest in the United States as well as Western Canada.
The awards judges praised Laing for his powerful words and gave credit to the UNBC Athletics department for its production values.
“Major kudos to Tyrell Laing for his strength and commitment to such an important movement. This was an incredibly brave decision to share his story and to be the focus of such a story/message,” the judges wrote. “Excellent message and great presentation. These are the kinds of stories organizations need to lift up.”
This is the second consecutive year that the UNBC Athletics department produced an award-winning story. Last year, men’s soccer player Michael Henman spoke about his mental health challenges and what he overcame to excel in Canada West.