Enhancing biodiversity is not just about protecting pristine habitat, it's also about ensuring habitat influenced by humans remains high quality for a variety of species, according to new research led by UNBC PhD candidate Juan Pablo Ramírez-Delgado. 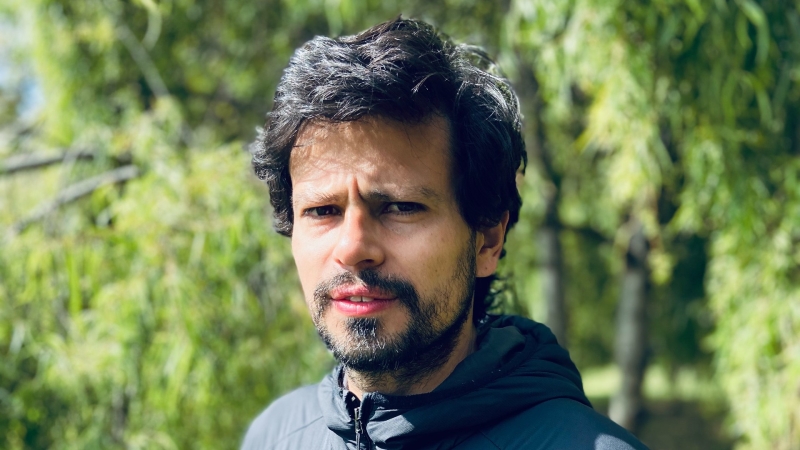 PhD candidate Juan Pablo Ramírez-Delgado used a machine learning technique to measure the relationship between habitat fragmentation, matrix condition and the change in the risk of extinction for thousands of terrestrial mammals.

For many species, conservation efforts often focus on their primary habitat, but new research reveals that the matrix habitats surrounding primary fragments are also critical for the persistence of biodiversity.

It is well known that habitat loss and habitat fragmentation are the leading cause of global biodiversity loss. However, the degree of human impact, or footprint, that persists in the aftermath of habitat destruction, otherwise known as the matrix, remains poorly understood.

An international team of researchers lead by Juan Pablo Ramírez-Delgado, a UNBC Natural Resources and Environmental Studies PhD candidate, revealed that the effects of habitat fragmentation on the risk of species extinction are mediated by the condition of the matrix.

Using a machine learning technique, the researchers measured the relationship between habitat fragmentation, matrix condition and the change in the risk of extinction of 4,426 terrestrial mammals.

“We found that the condition of the matrix, as defined by the extent of high human footprint values between patches of primary habitat, strongly influenced the effects of fragmentation on the risk of extinction of terrestrial mammals,” says Ramírez-Delgado. “Importantly, we discovered that fragmentation and matrix condition were even better predictors of risk than habitat loss and habitat amount.”

Conservation Science Professor Dr. James Watson of the University of Queensland and co-author of the paper said the study shows matrix management to be really important.

“We need to go the extra yard when it comes to restoration, and policies can’t just be about trees falling down if you want to save biodiversity,” he says.

UNBC Ecosystem Science and Management Professor Dr. Oscar Venter adds that “this study is in many ways excellent news. It means that even in places where we have already converted and fragmented landscapes, if we put effort into preserving and restoring some of the resulting matrix, we can really reduce some of the worst impacts on biodiversity. This is an opportunity for us to undo some of our past mistakes.”

The findings are published in a Nature Communications paper entitled, Matrix condition mediates the effects of habitat fragmentation on species extinction risk.

The authors said the study provides essential information for the design of functional landscapes and the prioritization of conservation actions in fragmented landscapes.