Northern Medical Program researcher Dr. Kendra Furber has been named a 2021 MSFHR Scholar; the award, which recognizes early career health researchers, will support her work on investigating the biology of the myelin sheath in the brain. 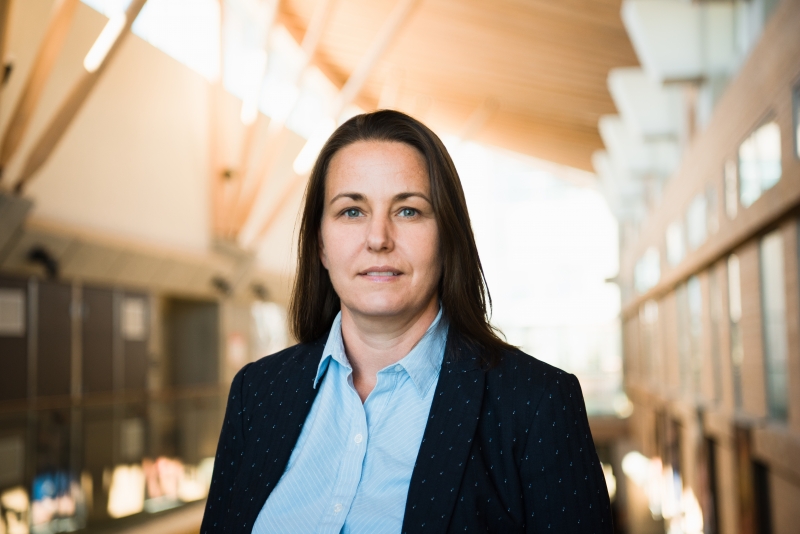 Northern Medical Program assistant professor Dr. Kendra Furber is one of only 32 researchers in B.C. to receive a 2021 MSFHR Scholar award.

Dr. Kendra Furber, an assistant professor with the UBC Northern Medical Program at the University of Northern British Columbia, has been named a 2021 Michael Smith Foundation for Health Research (MSFHR) Scholar for her research that focuses on studying myelination in the central nervous system.

“This funding will be key to not only allow me to grow my research program, but also for continuing to build capacity for biomedical research and facilitate collaborations across different health research disciplines in northern B.C.,” says Furber, who joined the Northern Medical Program in 2019. “My research is aimed at understanding the biology of the myelin sheath in the brain, providing insights on how to prevent damage or promote repair under pathological conditions.

“I am also interested in the impact of aging on myelination, as many neurodegenerative conditions occur at later life stages.”

The myelin sheath, produced by cells called oligodendrocytes, surrounds nerves in a fatty, insulating layer that is important for proper transmission of nerve signals. The myelin sheath is damaged in many neurological conditions, such as multiple sclerosis. Investigating the underlying biological processes may potentially lead to novel strategies for promoting repair mechanisms in the brain.

“I have always been fascinated by the complexity of the human body – particularly, the brain! There is still so much that we do not understand about how the brain functions,” notes Furber. “The cells that produce the myelin sheath are really fascinating. I believe that understanding how our brains work at the molecular levels is critical for developing targeted treatments for neurodegenerative disorders.”

“I want to understand how groups of biomolecules function together as ‘molecular machines’ to guide cell development, specifically the development of oligodendrocytes, at a fundamental level and investigate the role of select biomolecules in experimental models of disease.

“The goal then would be to use this knowledge to develop novel, targeted therapeutic strategies to combat neurodegeneration in the context of aging. Ultimately, my hope is that this research will improve the health and quality of life for those living with neurological disorders.”