Aaron Larsen's interest in witch trials was piqued during an undergraduate history class at UNBC. A three-time UNBC graduate, Larsen will soon begin his doctoral studies examining witch trials in Switzerland at the University of Oxford. 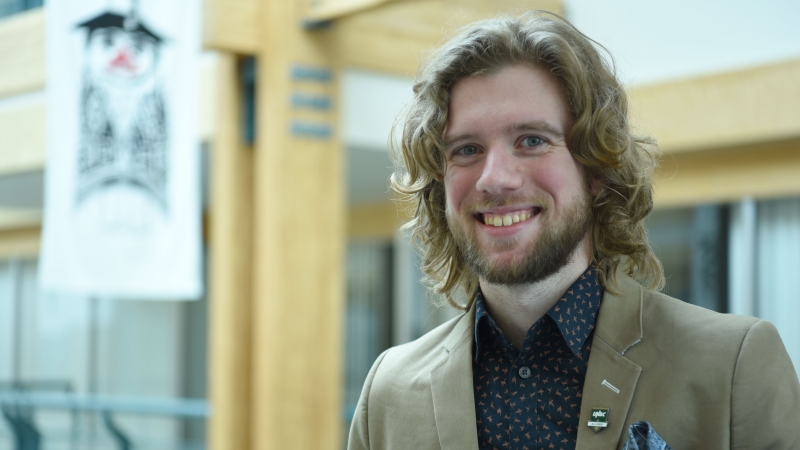 What started as an undergraduate assignment is now the focus of Aaron Larsen's doctoral research at Oxford. A three-time UNBC graduate, Larsen will be supervised by Regius Professor of History at Oxford Dr. Lyndal Roper.

What began as a class assignment in an undergraduate history class at the University of Northern British Columbia will soon be at the centre of Aaron Larsen’s doctoral research at one of the world’s most prestigious universities.

In 2015, History Associate Professor Dr. Dana Wessell Lightfoot asked students in her fourth-year history class to pick a region in Europe and study the witch trials that took place there for their final project. Larsen had a friend from Zug, in Central Switzerland, and began his research. His interest piqued, Larsen not only wrote the fourth-year history paper, but he’s also now finishing up a Master of Arts thesis focused on one trial in Zug in 1737-38 and will continue his studies as a PhD student at the University of Oxford later this year.

“My nine years at UNBC have prepared me immeasurably to continue my studies at Oxford,” Larsen says. “The combination of phenomenal courses in the Department of History, dedicated faculty, and exceptional peers has allowed me to flourish in academia, building the confidence and breadth of understanding that I will need to thrive at Oxford.”

Larsen came to UNBC in 2012 to study history, graduating with a Bachelor of Arts in 2017. He completed a Bachelor of Education in 2019 and has been teaching in School District 57 (Prince George) while working on his Master of Arts. Through his research, he’s seeking to map the lives of nine women and one man who were accused of witchcraft in one trial, combining their testimony with geographic information system mapping to get a better understanding of their daily lives.

“My research provides insights into the geographic world of lower status women living in eighteenth-century Switzerland, recreating the cosmos of people whose lives and experiences are so often lost to the past,” he says. “I am looking into both the borders of their world and their conceptions of the spaces in which they lived, all tied to the fantasy of witchcraft.” 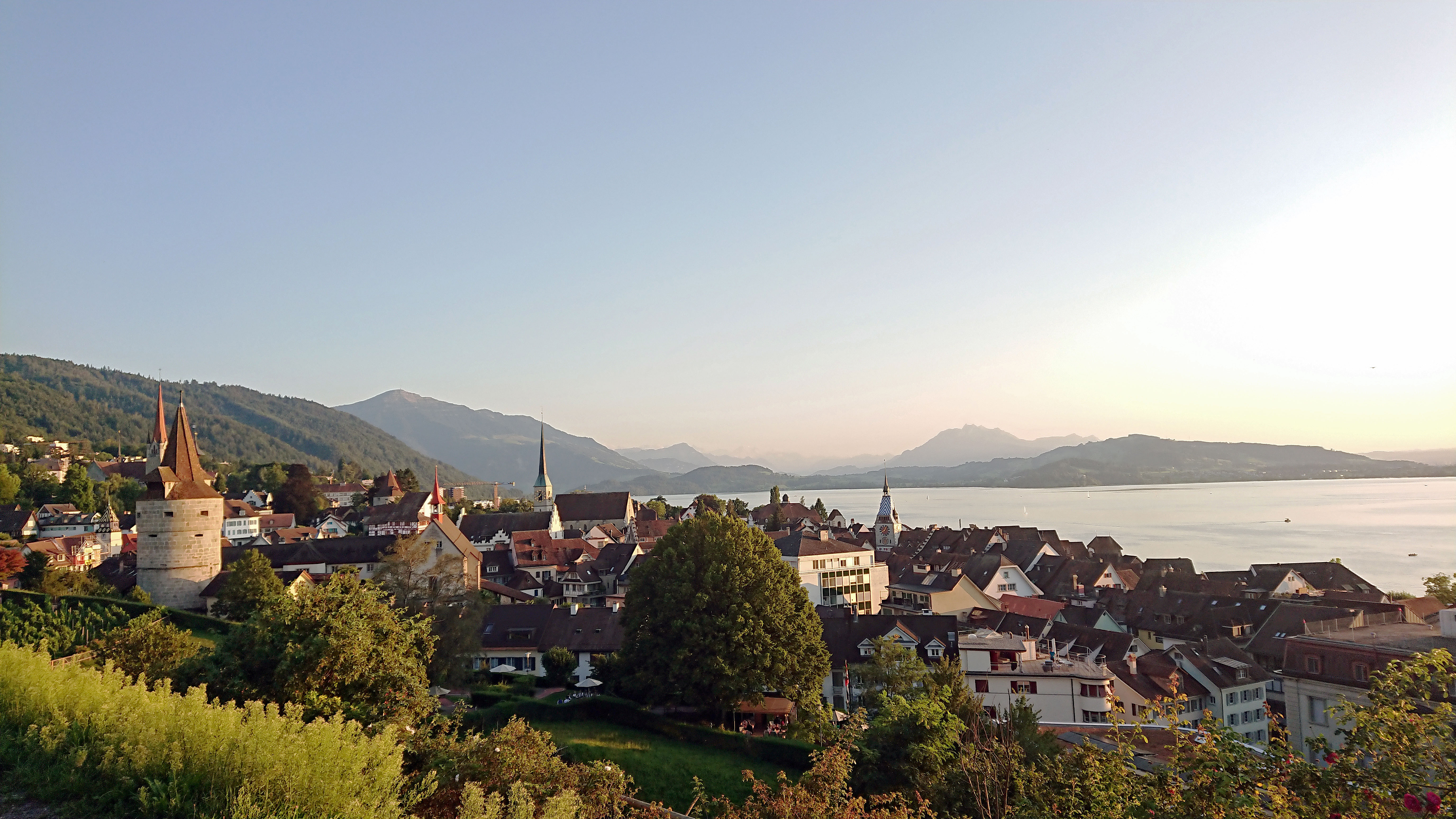 Larsen is conducting his research in the town of Zug, Switzerland. (Photo submitted by Aaron Larsen).

For his doctoral research, Larsen will be supervised by Regius Professor of History at Oxford Dr. Lyndal Roper, one of the foremost experts in witchcraft, religion, and gender in early modern Europe.

Dr. Wessell Lightfoot says one of her greatest joys in teaching is watching her students grow and develop as scholars over the course of their academic careers.

“I’m immensely proud of what Aaron has accomplished since his first class with me as an undergraduate in 2012 to his current M.A. project on witchcraft in early modern Switzerland,” she says. “Writing an M.A. thesis during a pandemic is very difficult, especially when the archives are closed and access to much-needed specialty libraries is unavailable. This work is emblematic of Aaron’s strengths as a scholar: creativity, a drive for new knowledge, resilience, and adaptability.”

Larsen is grateful for the many opportunities afforded to him at UNBC, both in the classroom and through extra-curricular activities including joining student-led organizations and serving on the UNBC Senate.

“My years at UNBC have given me a direction in life and the skills to pursue anything I could dream of,” he says. “Over nine years and three degrees, I have gained so much through interdisciplinary research, community service on campus, and the tutelage of phenomenal professors.”

Reflecting on his decision to study history, Larsen says he has not only discovered his passion, he has also acquired the knowledge, skills and tools to build his career.

“By understanding context and developing valuable research and critical thinking skills through the years in the humanities, I feel a greater understanding of the world we live in and the capability to problem solve and enact change in a constantly shifting world,” he says. “Ever since I was in my first year, I have been developing the research skills that I use on an everyday basis, researching a vast variety of topics. I was always encouraged to look deeper, find more sources, access archives and look beyond the surface froth of the past to better understand the topic I was studying.”

History has been a lifelong passion for Larsen. His grandfather, Lloyd Comish, helped to instill his love of the topic, beginning by sharing picture books about the Titanic in early childhood and moving to more advanced topics as he grew up.

“Though he passed away in November of 2020, my grandfather was always eager to hear about my research,” Larsen says. “I am so thankful that he lived long enough to know I had been encouraged by one of the top scholars in my field to apply for doctoral studies at the best school in the world, since this journey truly began with him.”